Where to Celebrate the Fourth of July in & Around Sacramento
June 22, 2022

Where to Celebrate the Fourth of July in & Around Sacramento

Note: This event guide was updated for 2022.

After two years of toned-down Fourth of July celebrations, 2022 is sure to be the year we come back with a bang! Communities across the greater Sacramento area are planning celebrations for the good ole U.S.A., so no matter where you live there’s bound to be an event near you. From parades and barbecues to concerts and a rodeo, the celebrations run the gamut. While small gatherings are great, sometimes its best to come together with your community to take in the fun that is the Fourth of July! If you’re looking for something to do, following is a list of some of the most popular events held in and around the Sacramento area.

Heat to the Folsom Pro Rodeo to get your fill of flying cowboys, mutton busting and painted ladies! The event in Folsom features challenges like sheep riding for kids, high-flying motocross and a female-led horseback drill team. Of course, you’ll also see rodeo events like bull riding, roping and barrel racing. There’s also some boot scootin’ at the onsite dance hall, live music, and a nightly fireworks show. 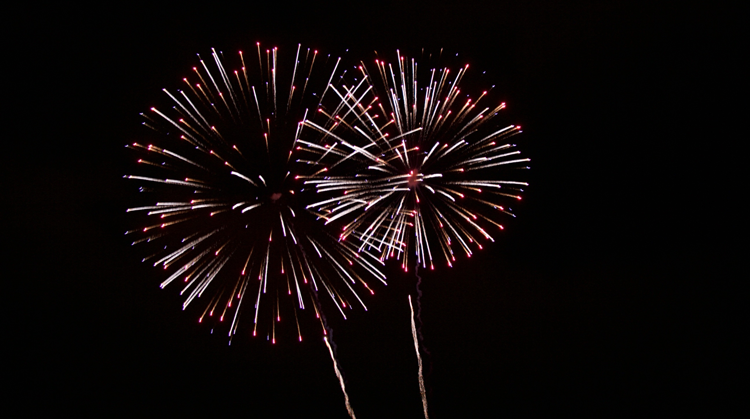 Rancho Cordova is known for having one of the best Fourth of July celebrations in the area, and this year is no different. This all-American celebration will have carnival rides, a parade, and live music, plus fireworks on both Sunday and Monday nights at Hagan Park. The following day will also have live music and fireworks. Food trucks and a beer station will be available on both days.

It’s a day of fun in the Arden Arcade neighborhood of Sacramento during this annual bike parade & festival. The parade starts & finishes at Arden Park, where there’ll be live music, a kids’ zone with inflatables, and hamburgers and hot dogs for sale. Best of all, the pool will be open with no cost for admission! 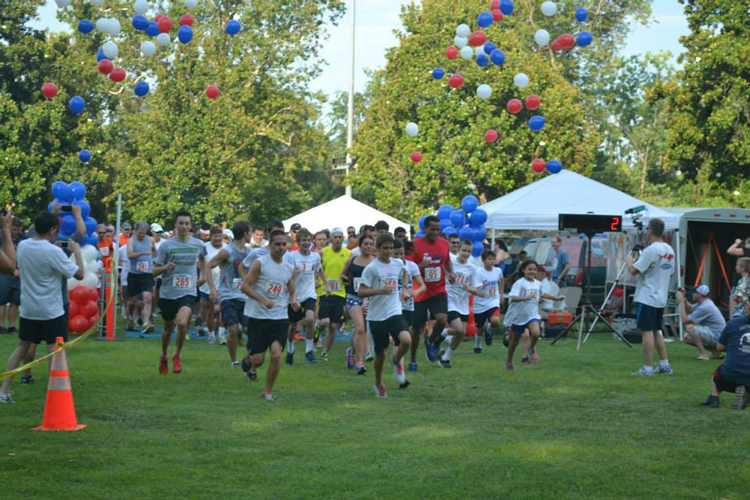 Photo courtesy the City of Roseville

Roseville is back at it again this year with their parade and fireworks show. The parade begins at 9 a.m., traveling along Vernon Street until it hits Royer Park. There will be live music, games and activities for kids, plus food for purchase. That night, Roseville will host a fireworks show at The Grounds.

El Dorado Hills will show off its patriotism this Fourth of July with a special event featuring two great American pastimes: live music and fireworks! In addition to all-day entertainment, there will also be a kid zone, food trucks and beer and wine available for purchase. 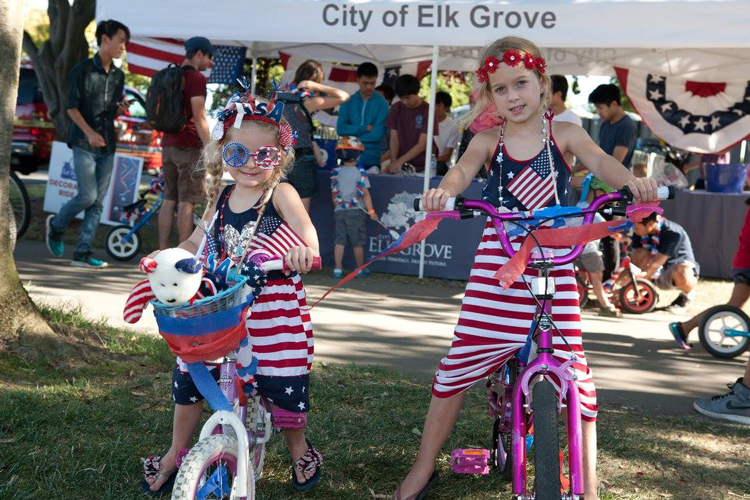 In Elk Grove, the fireworks spectacular is back this year at Elk Grove Park. The celebration kicks off with a free concert, followed by opening ceremonies and the National Anthem. Another concert leads up to the fireworks show, which begins at 9:40.

The city of Davis will be ringing in the red, white and blue with a family-friendly celebration at Community Park. The event will feature lawn games such as corn hole and a ring toss, followed by live music at 6:30 and fireworks at 9:30. 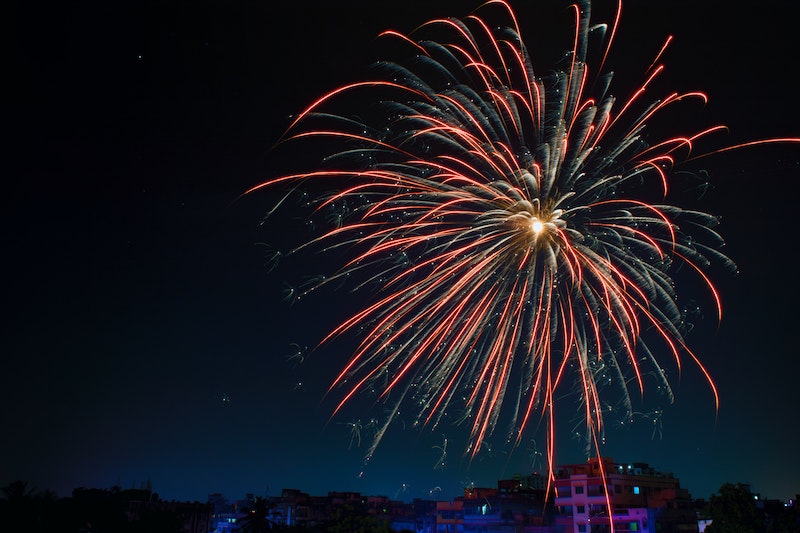 Auburn is once again hosting its popular community event celebrating the Fourth of July. The day begins with a pancake breakfast in Old Town Auburn, followed by a parade that ends up at the Gold Country Fairgrounds. The evening will feature live music and vendors, with fireworks beginning around 9:30 p.m.

Woodland will be celebrating the Fourth of July with all-day activities throughout town. It kicks off with a pancake breakfast, followed by a bike parade at Heritage Plaza. There’ll be a live band, snow cones, a bounce house and games for the kids. The afternoon continues with an ice cream social at the senior center, with dancing and music, followed by games, crafts and activities, and of course, a fireworks show. 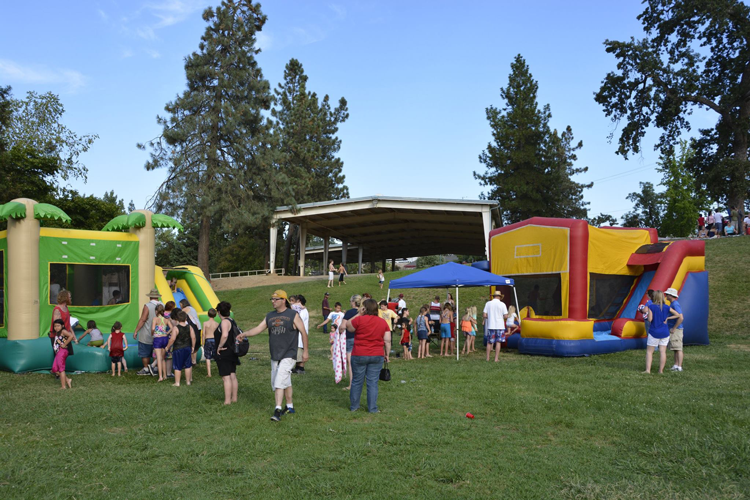 Up in Placerville, you can celebrate the Red, White & Blue at the annual Fourth of July Family Blast. Held at the El Dorado County Fairgrounds, the event features live music, a carnival with games and rides, food vendors and of course, fireworks! 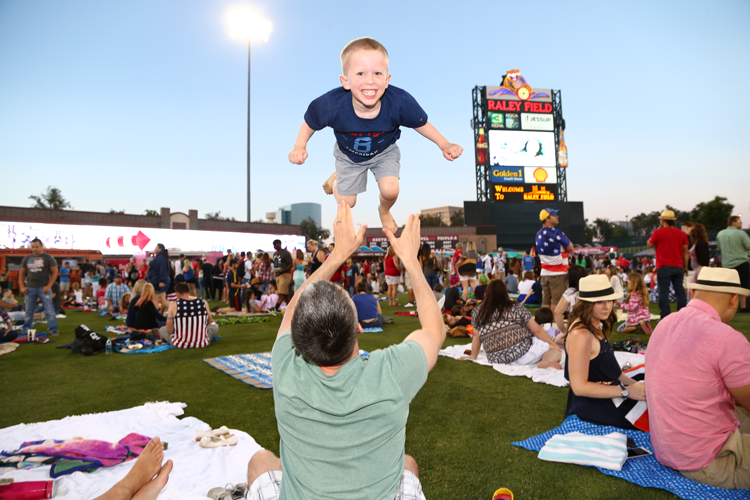 Sutter Health Park in West Sacramento is hosting a Fourth of July celebration this year, featuring more than a dozen food trucks! Whether you crave bacon or barbecue, smoothies or shave ice, there are plenty of options to choose from. There will also be live music and of course, fireworks. There are different levels of seating, including general admission, club level, and private air-conditioned suites. 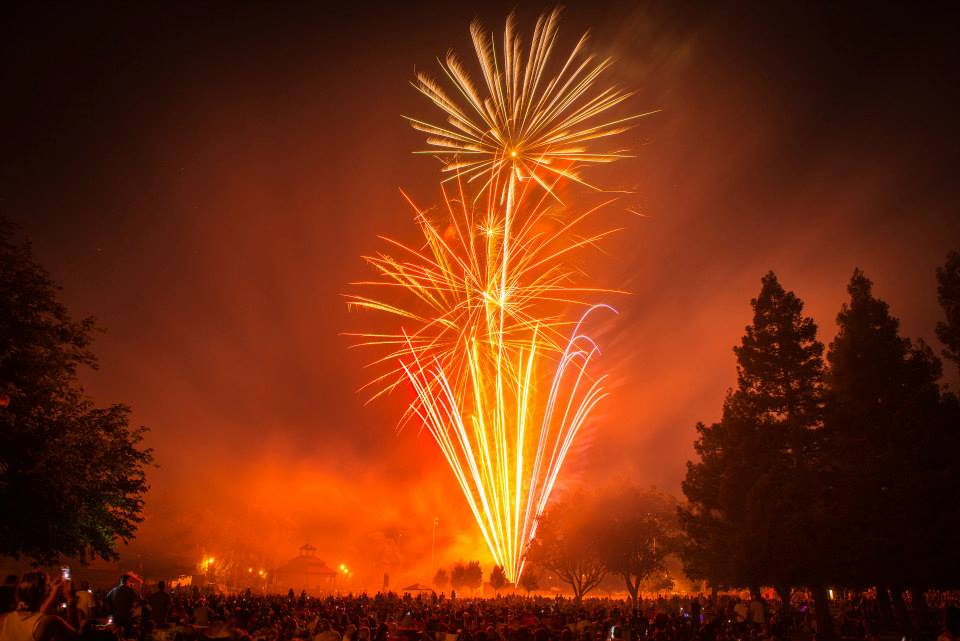 Lincoln residents can gather with their friends and neighbors at a Fourth of July celebration held at McBean Park. The day kicks off with a pancake breakfast fundraiser, followed by a parade in downtown Lincoln and a horseshoe tournament. Afterwards, you can cool off at McBean Pool, or grab a bite to eat from the onsite food vendors. Later on, there will be games for kids and activities like a mechanical bull, rock wall and inflatables, followed by fireworks.