Family-Friendly Golfing in the Sacramento Area

Summer is on its way, school’s just about out (or already out) and parents everywhere are wondering how they’re going to keep their kids entertained. The greater Sacramento area has no shortage of things to do with kids, but if you’re looking for something specific, why not hit the greens? A round of mini golf makes for a great family outing and many indoor golf spots have opened up around town so you can keep cool while you putt. From underground haunts to glow-in-the-dark spots and even a traditional course, following are some options for family-friendly golfing in the greater Sacramento area. 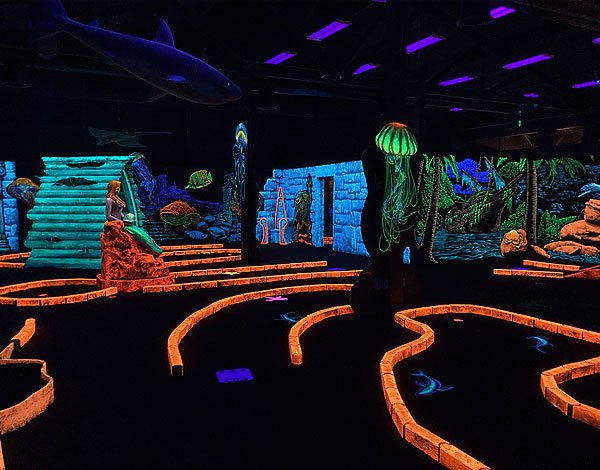 This family fun center in Rancho Cordova has not one, but two, indoor, glow-in-the-dark mini golf courses (pirate and mermaid theme), illuminated with colorful neon black lights. They also have an arcade and games like skee-ball. 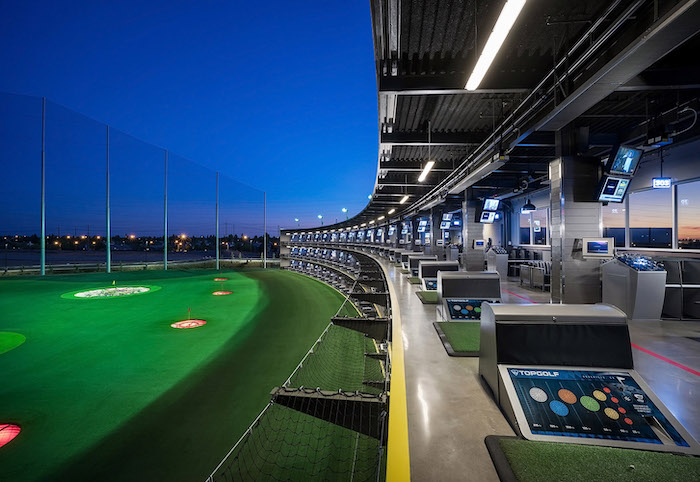 This indoor-outdoor driving range in Roseville is a bit more grown-up than its counterparts, offering climate-controlled hitting bays, themed target games, HDTVs and a full kitchen. It also has arcade games and a full bar for mom and dad.

This underground spot in Old Sacramento is a museum and mini golf combined into one! The course tells the story of Westward Expansion during the California Gold Rush, with hand-built sets and murals painted by a local artist. It’s located beneath the city streets, which were raised due to flooding in the late 1800s. 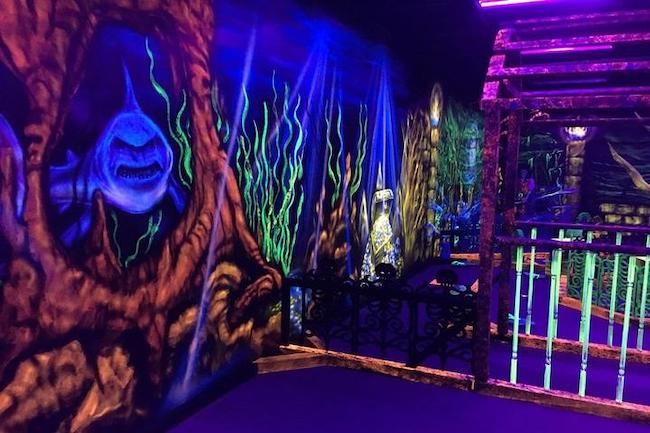 True, this indoor entertainment venue in Pollock Pines is known for its bowling. But they also have an indoor, glow-in-the-dark mini golf course with a pirate theme! They also have laser tag and a bounce house. 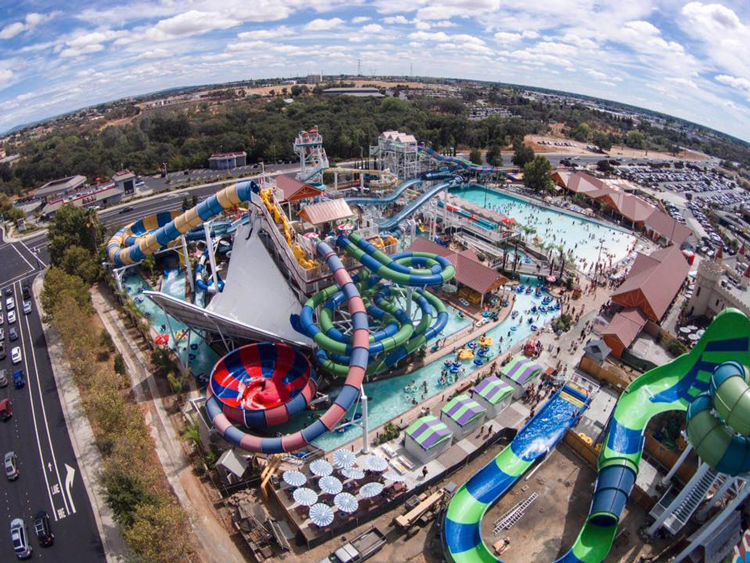 Arguably one of the largest family fun centers in the greater Sacramento area, this spot in Roseville has numerous attractions for all ages. For starters, they have two outdoor mini golf courses, with themed events throughout the year. They also have a waterpark for cooling off after a day on the greens, as well as an arcade, laser tag, bumper cars and more. 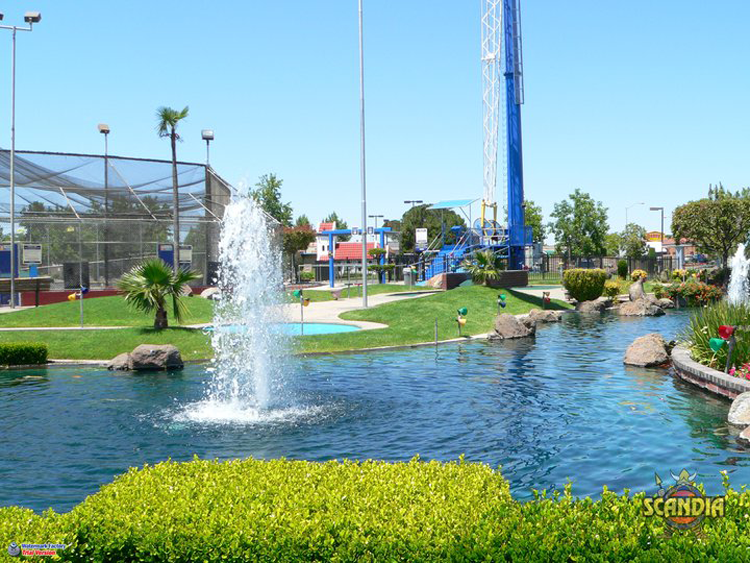 This longstanding amusement center in the North Highlands area of Sacramento has been keeping families entertained for more than four decades! They have two outdoor mini golf courses, batting cages, bumper boats, a raceway and thrill rides. They also have a large arcade and snack bar. 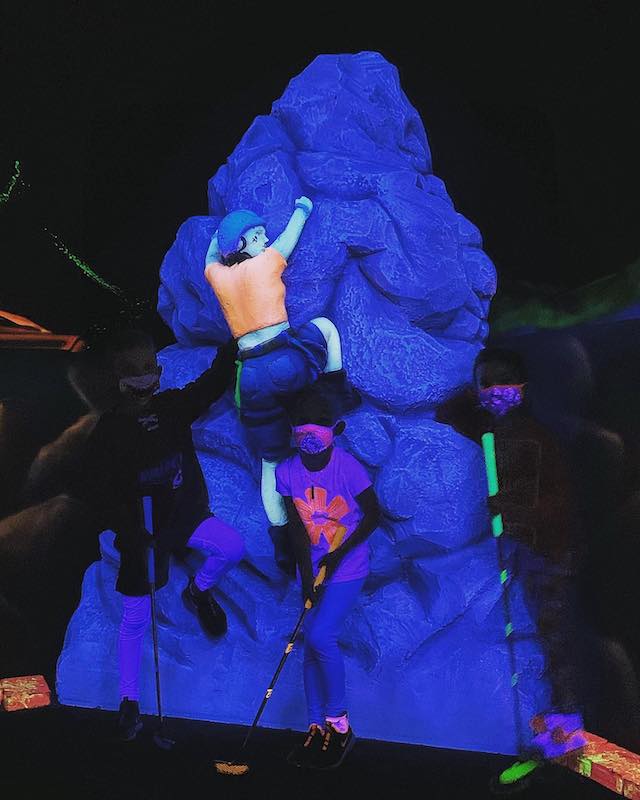 Like its name suggests, Cali Glo is another glow-in-the-dark indoor golf spot. Located in Elk Grove, it features an 18-hole indoor course featuring famous California landmarks. They also have laser tag and a few arcade games. 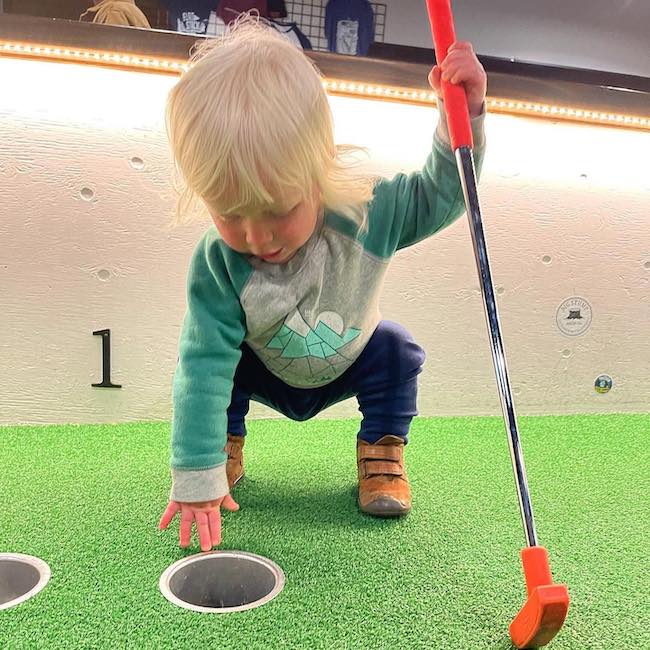 Although this bar in Downtown Sacramento is adults-only most of the week, Sundays are family days, meaning you can bring the whole gang for a day of indoor mini golf. They also have Duffleboard, a table game similar to shuffleboard but using golf balls and a hand-held putter. 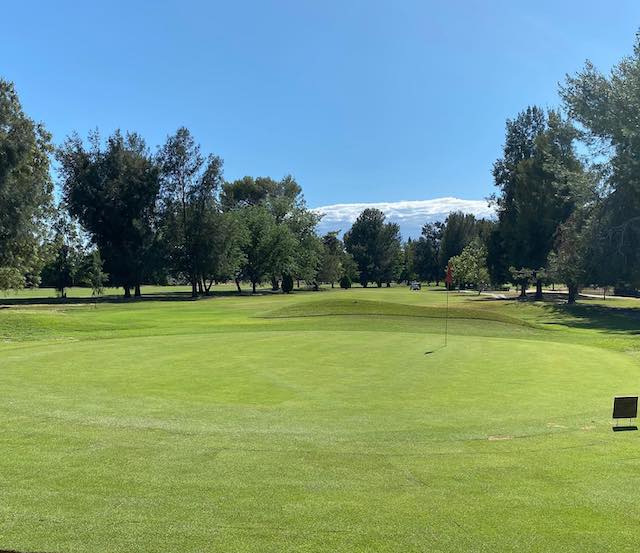 This traditional course in Davis may not have neon lights or cutesy décor, but it’s a good way for older kids to get in a little putting. In addition to an 18-hole course, they have a driving range and two putting greens. They also offer junior clinics and leagues.