Summer Events to Get Excited About in the Sacramento Area
May 27, 2022

Summer Events to Get Excited About in the Sacramento Area

Like it or not, summer is right around the corner. Whether you thrive in the summer heat or prefer to hide out in the air conditioning, the Sacramento area has months of sunny days ahead! For many locals, that means participating in the many events held throughout the region, from fairs and festivals to concerts and carnivals. Following are some of the top summer events to get excited about in the greater Sacramento area. 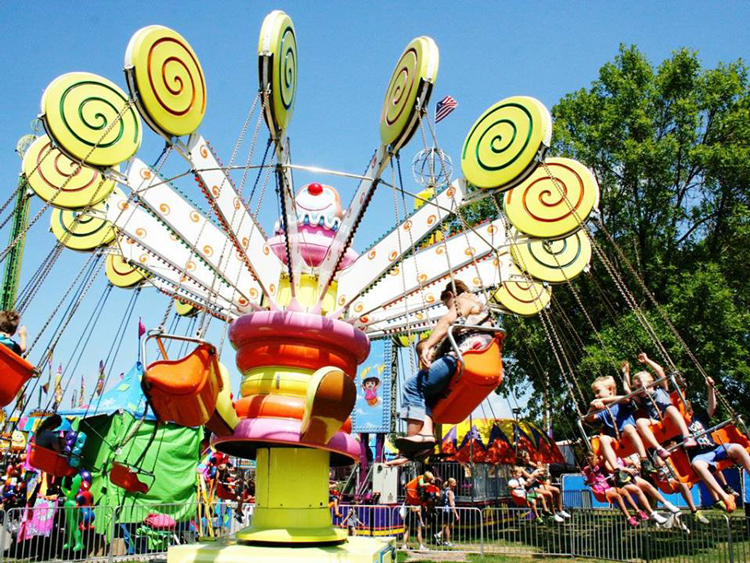 Memorial Day weekend marks the return of the Sacramento County Fair, an old-timey celebration of community and agriculture. As always, it has traditional county fair competitions, agriculture displays, a livestock show, a carnival, entertainment and of course, fair food! There’s even a demolition derby, rodeo, and monster truck rally. 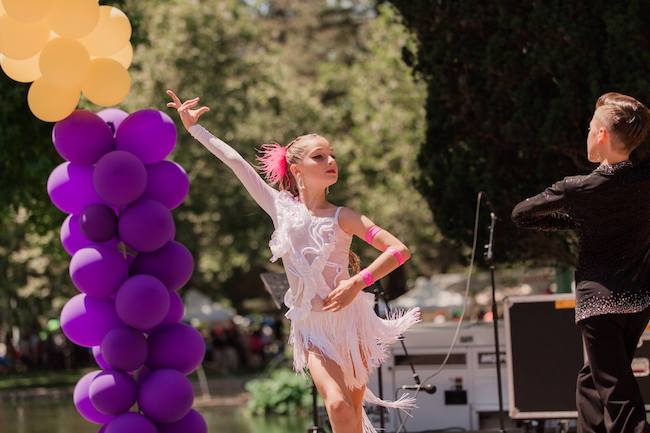 Pack up the whole family for a day designed around the youngest in the bunch! This annual event, held at Land Park, brings together families from across the globe. It has pony rides, inflatables, a rock climbing wall, mini train rides, and much more! There will be food trucks to keep the tummies from rumbling, plus entertainment such as dancing and gymnastics. Best of all, admission is free. 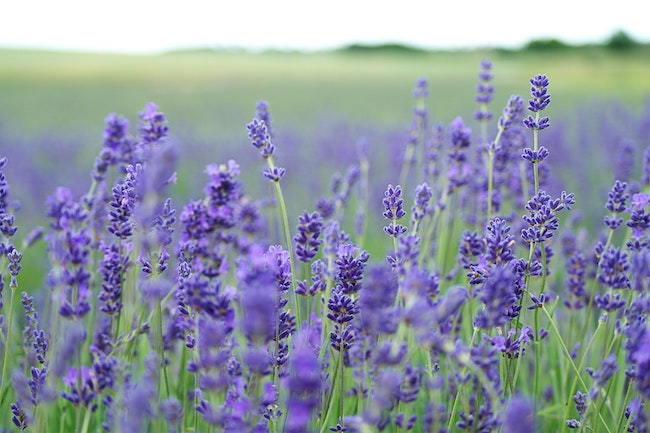 There’s something in the air in Yolo County’s Capay Valley — the scent of lavender! Summer means the lavender fields are in full bloom, so why not celebrate at a festival that features all things lavender? Learn all about the growing, harvesting and distilling of the purple blossoms and bring a picnic to enjoy the day. There will even be olive oil tasting and adult beverages from Capay Valley Vineyards.

Now in its 21st year, this annual festival brings together French culture and film in a unique, multi-weekend, multi-venue event. It kicks off at the Tower Theater on June 2 and continues on June 5 at the Esquire Imax, wrapping up June 11-12 at the Crest Theatre in Downtown Sacramento with multiple screenings. There’s even a chance to watch virtually! 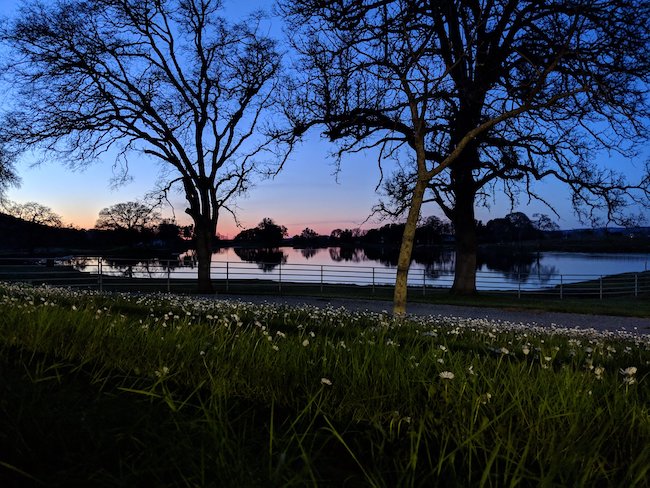 Craving some REAL country music? The “get your boots dirty” kind? You’ll find it at this one-day music fest at Saureel Vineyards in Placerville, which, incidentally, is also a working horse ranch. Both local and national acts will take to the stage and there will be several food trucks on hand. Can’t make the festival? Check out their Summer Nights concert program. 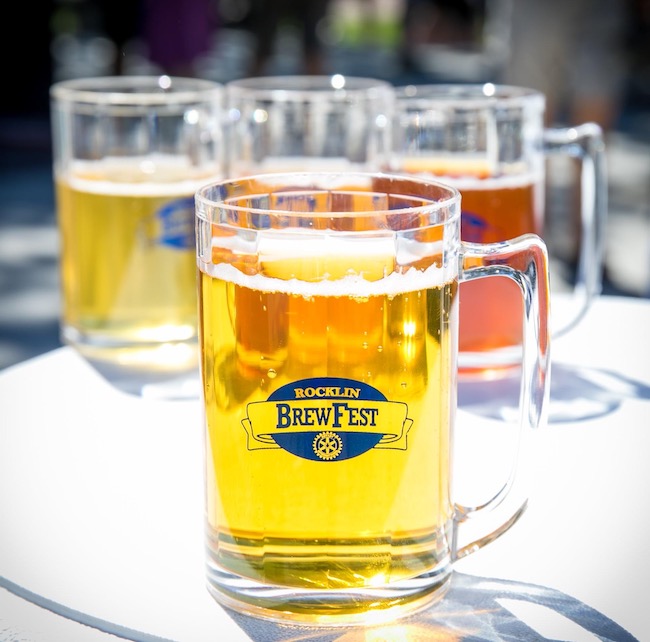 The greater Sacramento area is known for its craft beer scene, which will be taking center stage during this event in Rocklin. The brewfest will welcome more than 40 breweries from around the region and beyond, as well as wine and cider. Food trucks will also be on hand and there are VIP tickets available with early access, a private lounge and included finger food. 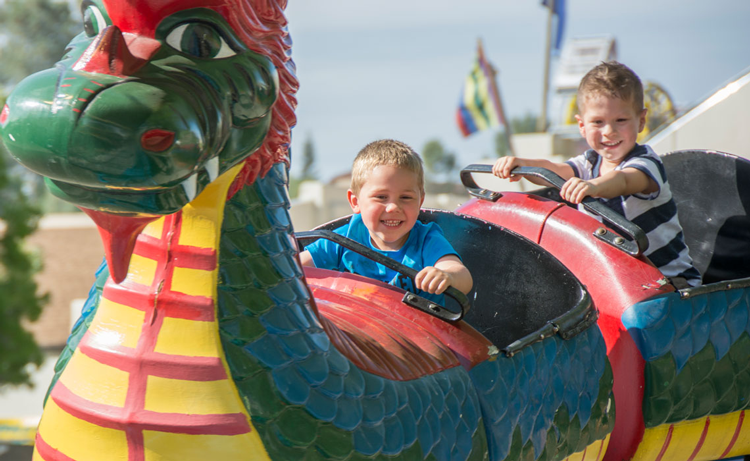 What do homemade wine, hay bucking and funnel cake eating have in common? They’re all competitions held at the El Dorado County Fair in Placerville. There will also be a kids’ Big Wheel race, wheelbarrow race, bubblegum blowing contest and multi-generational lookalike contest. A livestock auction, art show, food and carnival rides round out the fun. 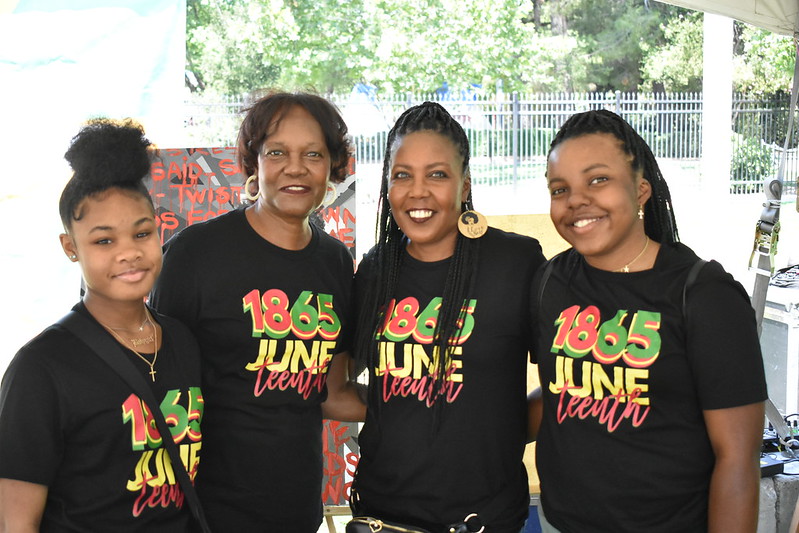 This annual festival celebrates the emancipation of enslaved African Americans. The event kicks off with an outdoor gospel concert, followed by a day of live entertainment, a talent show, and food and craft vendors. There will also be keynote speakers and presentations focused on systemic economic injustices. Sunday, the event wraps up with a golf tournament. 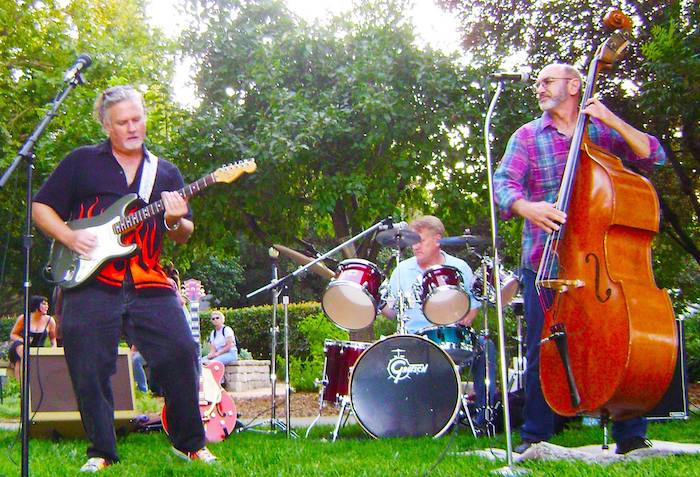 Music lovers unite! The Davis Music Festival welcomes more than 40 artists to nine stages over three days. Genres range from rock and pop to funk and folk — and everything in between. Performers include local bands as well as national and international performers. 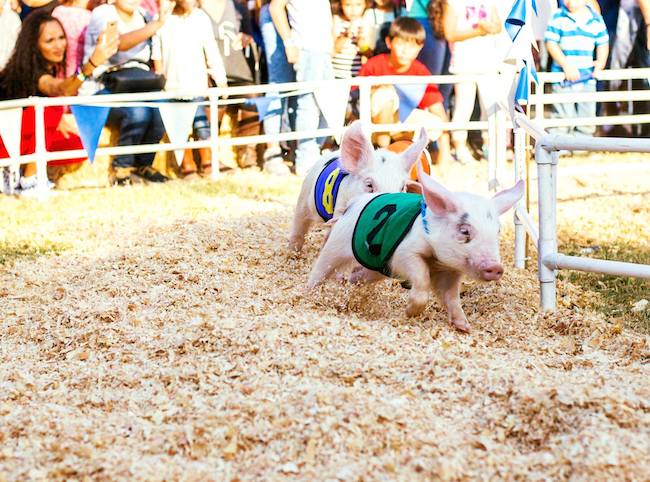 Summer is the season of county fairs, and this one in Placer County has the small-town, down-home, old-timey vibe you’d expect of a county fair! There’s a livestock show and auction, racing pigs, a cornhole tournament and a rib cookoff. And, of course, live music and entertainment, a carnival and plenty of deep-fried foods. 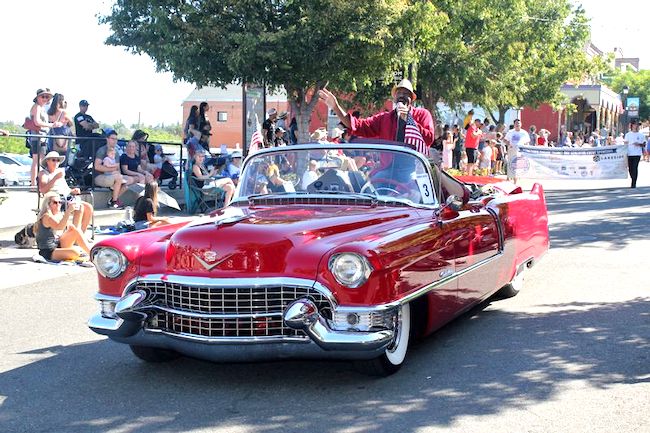 Show off your hometown pride with this All-American parade and festival in Folsom. The parade features floats designed by local neighborhood groups and organizations, vintage police and fire vehicles, soap box derby cars, and classic cars. There will also be a farmers’ market and live music throughout the day. 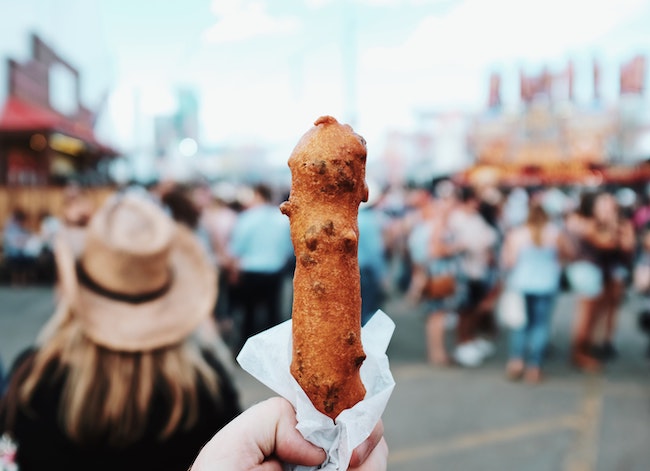 Sure, the California State Fair has livestock exhibits, art competitions, live music, and counties exhibits, but lately, it’s been all about the food! There are competitions for baking and canning, wine and beer, olive oil, and cheese, plus a corn dog eating contest and pie eating contest. There are also cooking demonstrations, classes and cooking challenges. You can even buy a food pass that gets you some of the best fair food around, such as bacon pecan cinnamon rolls, elote fries, and deep-fried apple pie. Who’s hungry?

Calling all beer and music lovers! This festival in Placerville has the best of both. The afternoon kicks off with world-class musical artists performing under the Bell Tower. Meantime, several local breweries (and wineries) will be pouring their products. Headlining is singer-songwriter-guitarist Malina Moye, who fuses rock and soul. 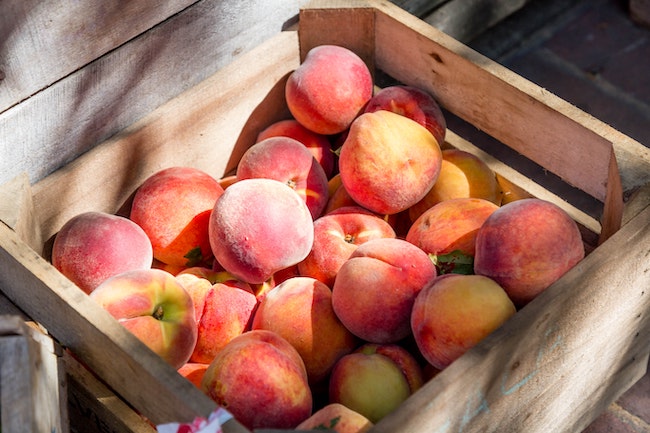 Georgia might get all the credit for its peaches, but the juicy summer fruit is a big deal here in California too. The Folsom Peach Festival celebrates all things peaches, from peach cobbler to peach preserves, peach pie to peach scones. There will also be chef demonstrations, live entertainment, kids crafts and food trucks. 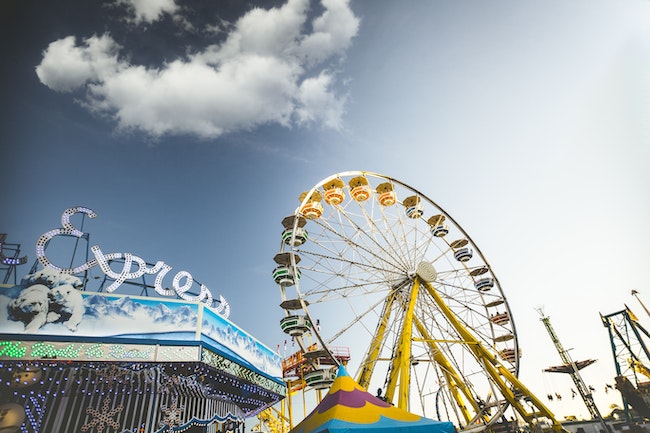 Rounding out the county fairs in the greater Sacramento area is Yolo County’s, held in Woodland. There will be competitions for livestock, baked goods, art and photography, horticulture, canning, textiles and much more! There will also be rides and plenty of food vendors as well. 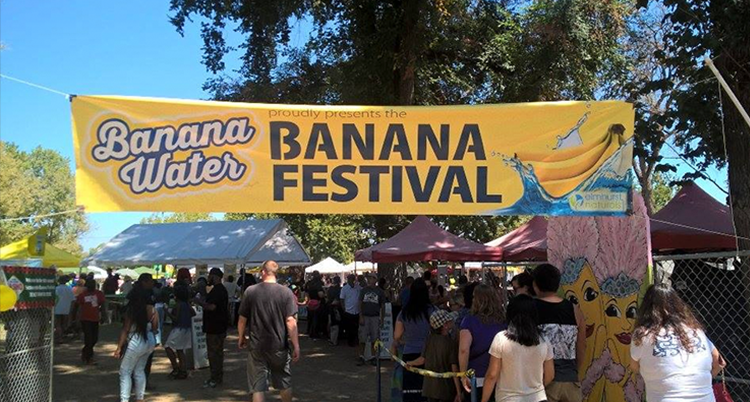 We’d be remiss to talk about Sacramento summer events without mentioning the annual Banana Festival in Land Park. Now in its 11th year, the festival celebrates the curvaceous yellow fruit in all its glory. Live music will include reggae, calypso, Latin and other tunes with a tropical flavor. There’s also a banana costume contest for dogs, a kids zone with bounce houses and banana-themed crafts, local craft vendors, and of course, tasty banana-flavored treats such as banana empanadas, banana beer and frozen, chocolate-covered bananas.