Mochinut: Mochi Donuts ( & Traditional Donuts!) in the Sacramento Area
May 6, 2022

Longtime favorites of office break rooms and lazy weekends, donuts are making a comeback. But not in the basic American way. Mochi donuts, made from rice flour, are sweeping the Sacramento area, thanks in part to the opening of several Mochinut locations in the region — an international donut shop chain. 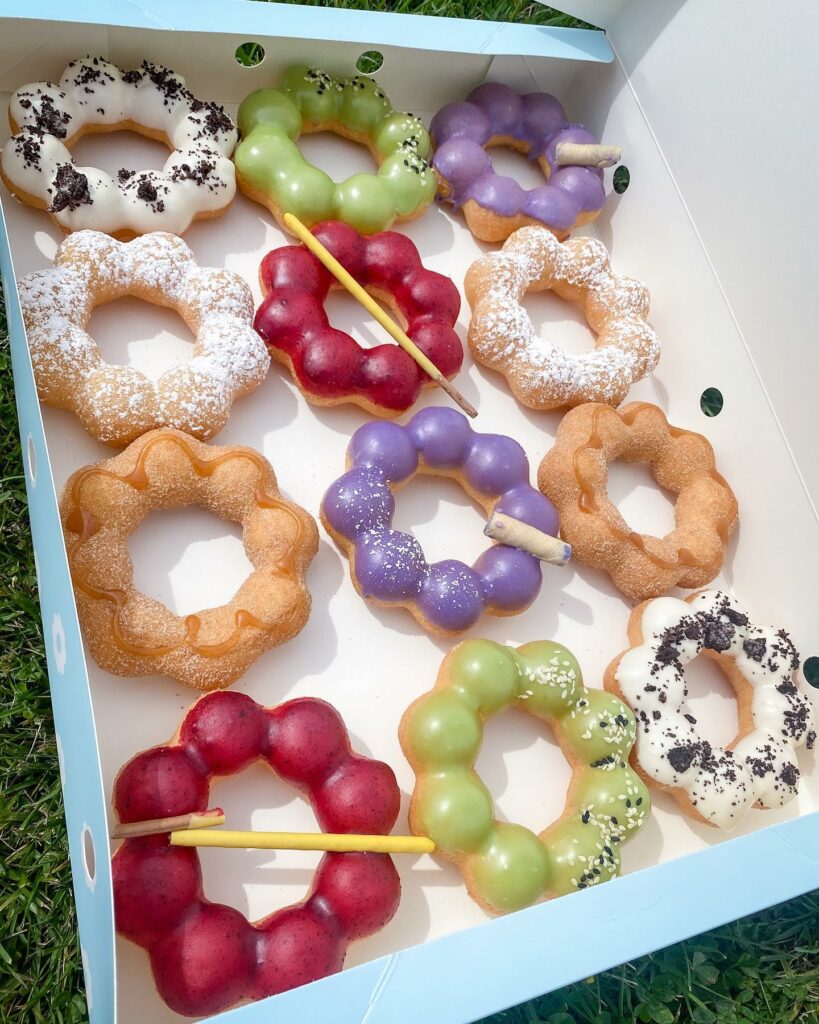 First, a little backstory. Mochi donuts combine two beloved treats: American-style donuts and Japanese mochi, a confection made with rice flour. They consist of eight doughballs formed to make a donut ring (known as pon de ring), then topped with glaze in unique flavors, like banana, ube or sesame. The result is a sweet delicacy that’s crispy on the outside and chewy on the inside.

Mochinut is also known for another of their other treats: Korean corn dogs. These consist of a rice flour-dipped hot dog coated with a choice of toppings, including diced potato, crispy ramen, hot Cheetos or crunch cereal. Mochinut also offers bubble tea.

In the greater Sacramento area, Mochinut has locations in Antelope, Downtown Sacramento and Elk Grove. Locations in Rancho Cordova and Roseville are also in the works.

But Mochinut isn’t the only player in town. There are other donut shops turning out the sweet bites. Following are some options. 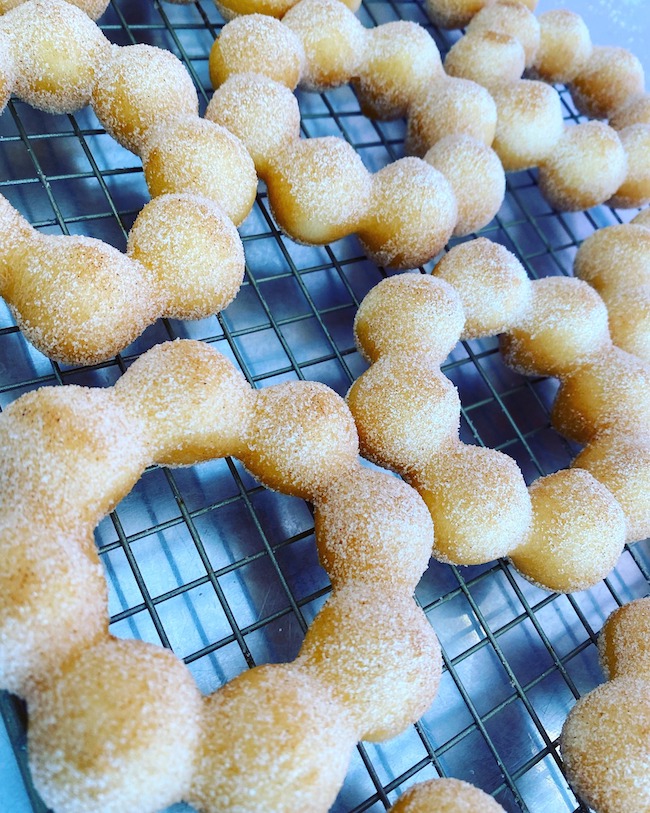 With locations in the south area, Elk Grove and Natomas (and locations to come in Folsom, Roseville and Rancho Cordova), Mochidough is another good bet. Their daily flavors run the gamut, and include churro, black sesame and milky Fruity Pebbles. 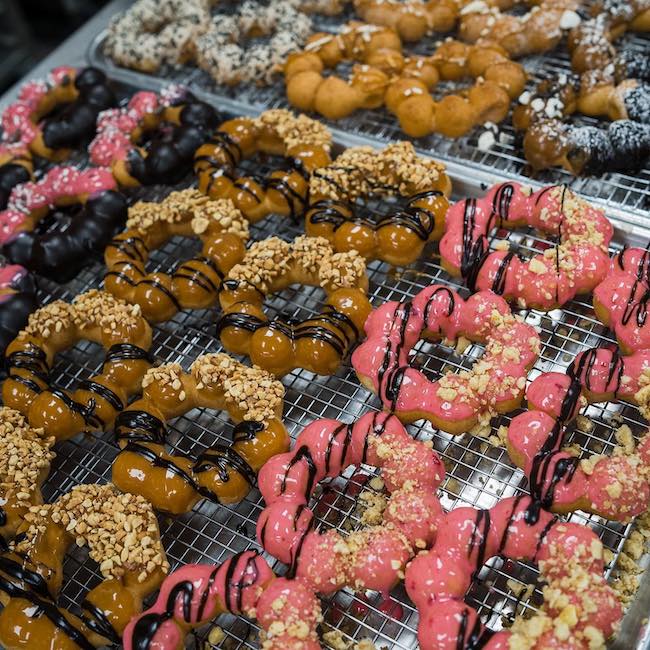 With a rotating lineup of flavors, such as ube, matcha, and cookies and cream, you can’t go wrong with mochi donuts at this bakery. Plus, they have locations in Natomas, Folsom, Roseville, Elk Grove and the Arden-Arcade area, so there’s sure to be one close by. 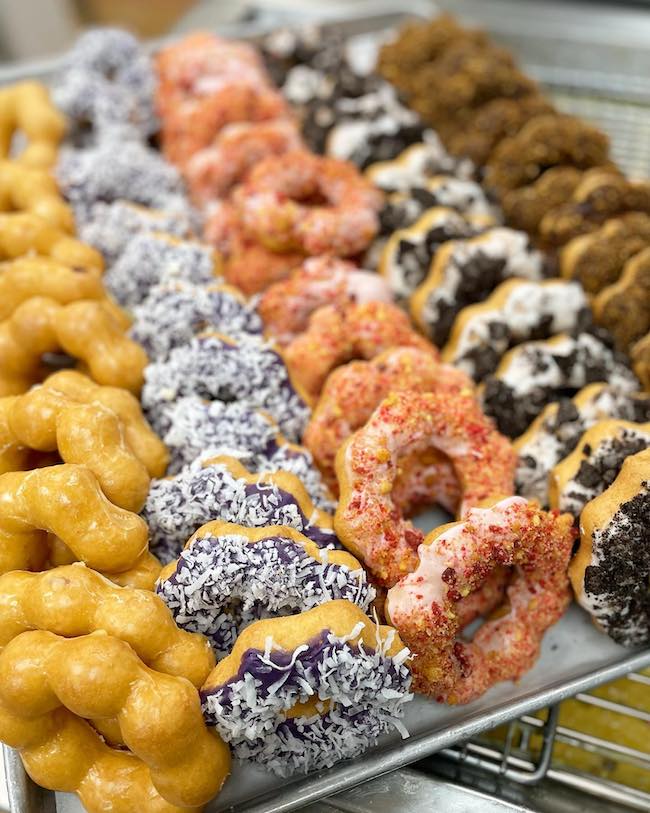 This locally-owned shop along Madison Avenue near Carmichael is known for their traditional donuts, doissants and other pastries. But they’ve started making mochi donuts too, with flavors like strawberry shortcake, cinnamon sugar and Oreo, available on weekends. And keep an eye out for their mobile truck, which hits up farmers’ markets around town. 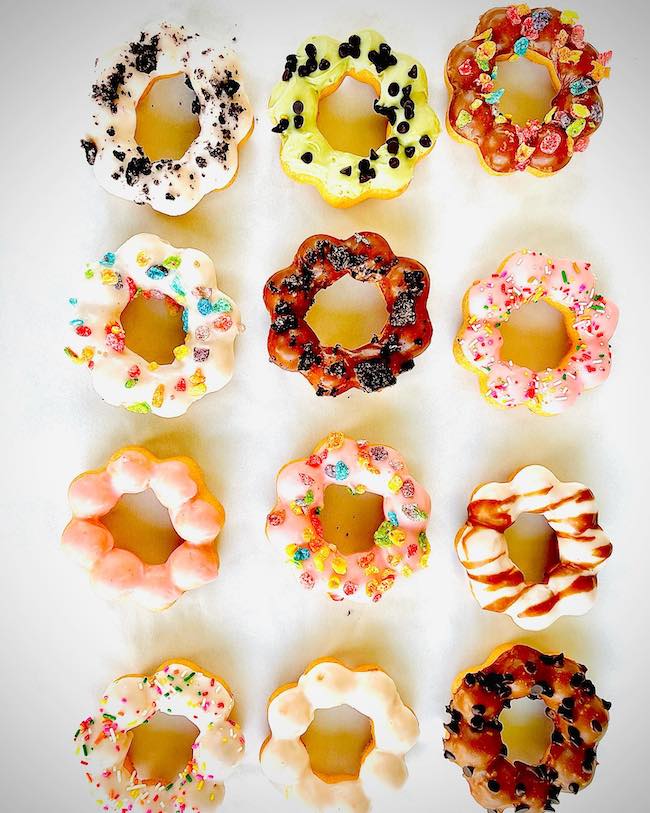 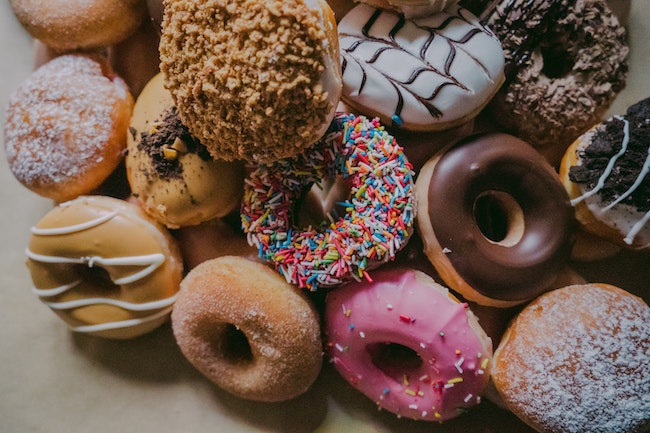 We figured we should also include an option for those who prefer old-school, American-style donuts. This classic donut shop in Cameron Park may not have mochi donuts, but it does make cake donuts, raised donuts, bars, bear claws, cinnamon rolls, fritters, jelly donuts — you name it, they have it. 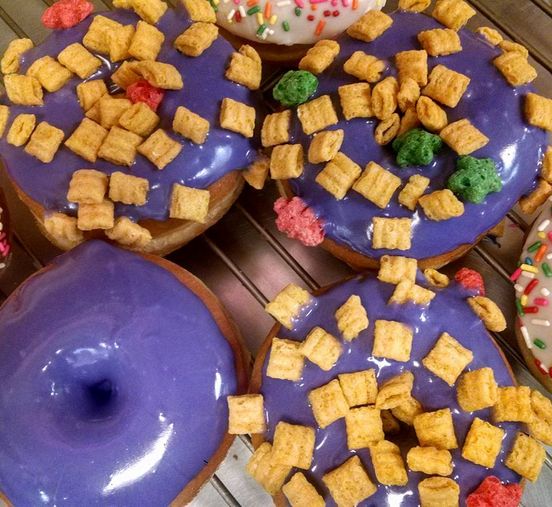 Full disclosure: this donut shop in Davis doesn’t offer mochi donuts. But we’d be remiss to leave them off the list because they do offer donuts in a wide variety of unique flavors. Think ube glaze with Captain Crunch cereal, strawberry with Fruity Pebbles, and maple with bacon. Plus, they have super cute designs for holidays, birthdays, anniversaries, graduations and much more. They also do custom designs!