Where to Ring in the New Year in the Greater Sacramento Area
December 24, 2021

It’s hard to believe 2022 is right around the corner. On Dec. 31, revelers everywhere will say goodbye to 2021 and welcome the year to come. Ringing in the new year from home is a perfectly acceptable way to celebrate New Year’s Eve, but sometimes you just have to get out. After all, it’s a time for celebration, as well as reflection. With all the excitement of the holiday season, it can seem a bit overwhelming to decide just what to do. Luckily, we’ve rounded up the best things to do in the greater Sacramento area, from family-friendly events to late-night parties.

In addition to the events listed below, there are also plenty of restaurants throughout Sacramento that are offering special menus for New Year’s Eve, including Ella, The Firehouse and Allora. For after-hours fun, you can also hit up one of the many nightclubs in town, including Mix Downtown, the Park Ultra Lounge, Social Nightclub, and Tiger. You can also catch some live music on New Year’s Eve, including The Mother Hips at Harlow’s or Love Mischief at the Torch Club. 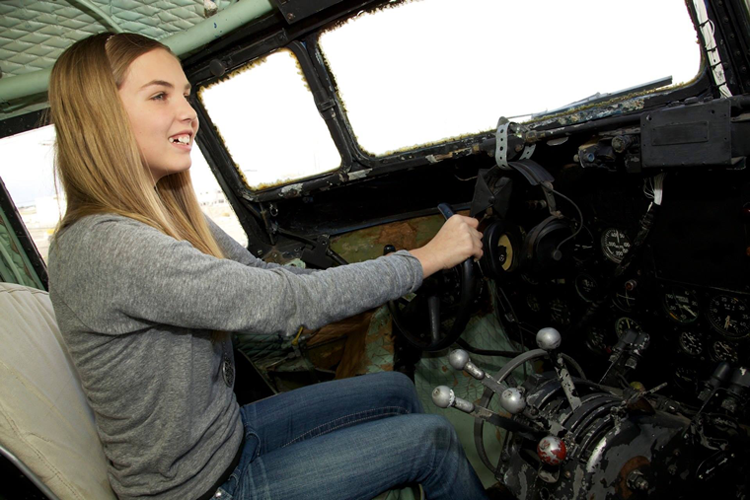 Have an aspiring Elsa or Anna in your house? The New Year’s Eve at Noon event at the Aerospace Museum of California in North Highlands is a celebration of all things Frozen! Not only can kids explore the aircraft, there will be Frozen-themed STEM activities, stories, songs and an early countdown party. Best of all, Elsa and Anna will be there to celebrate!

Note: This event has been canceled as of Dec. 27 due to surges in the COVID-19 Omicron variant.

The family-friendly New Year’s Eve Sky Spectacular will kick off at 6 p.m. with a vendor showcase and food truck lineup along the waterfront in Old Sacramento. There will also be a kids’ zone, with old-school carnival games, plus the Ferris wheel and carousel. A DJ will be spinning indie dance and house tunes, and there will also be a live jazz band. At 9 p.m., a fireworks show will light up the sky over the river. 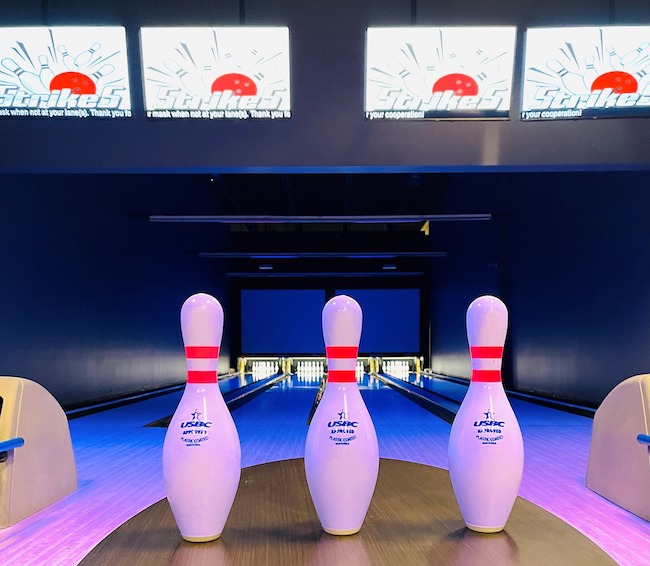 The Black & White New Year’s Eve Gala, held at Strikes Unlimited in Rocklin, is much more than a swanky party. It’s also a fundraiser for the non-profit Angels in the Alley, which helps dreams come true for disadvantaged youth and their families. There’ll be a live band playing classic rock, an appetizer buffet, a champagne toast and a balloon drop. Plus, there’s a prize for the best dressed guests! 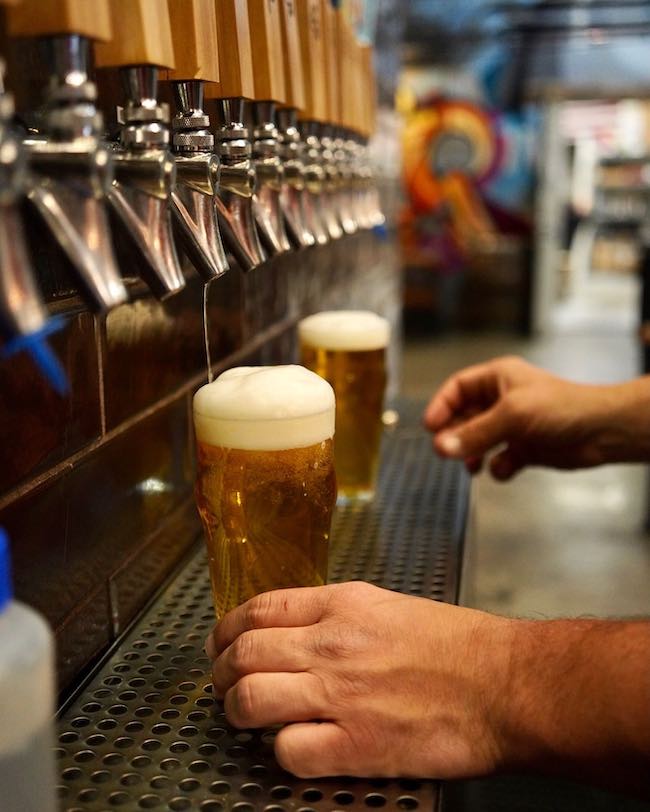 Celebrate the New Year in style at Moonraker Brewing Company in Auburn. The New Year’s Eve 2022 event will be held from 7:30 p.m.-12:30 a.m. Tickets include a pint of beer, a commemorative glass, live DJ music and a champagne toast. Guest can also indulge in an appetizer and small plates buffet courtesy of Buckethead BBQ. Firepits, dancing and recommended black & gold attire promises a festive atmosphere. 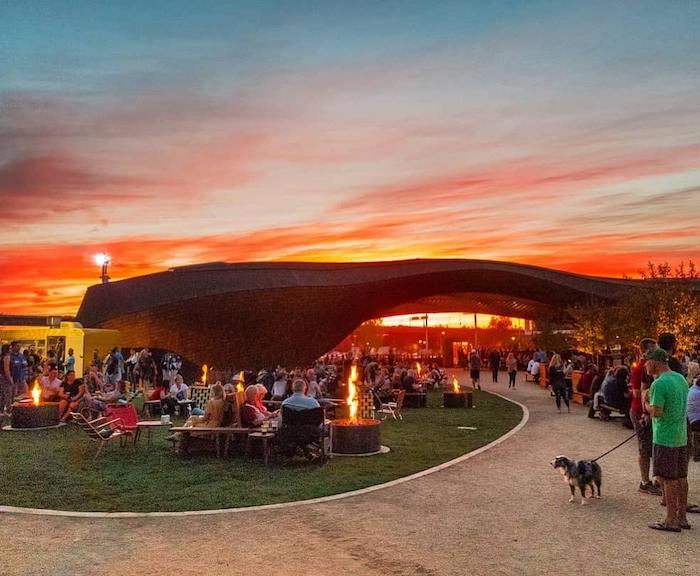 Photo courtesy Drakes at the Barn

Gear up for some late-night debauchery at the New Year’s Eve Bash at the Barn in West Sacramento. The event kicks off at 10 p.m. and goes until 2 a.m. and features a silent disco. V.I.P. tickets include a Mediterranean meal featuring kebabs, salad, hummus and rice, plus access to a semi-private bar and a cocktail for a midnight toast. 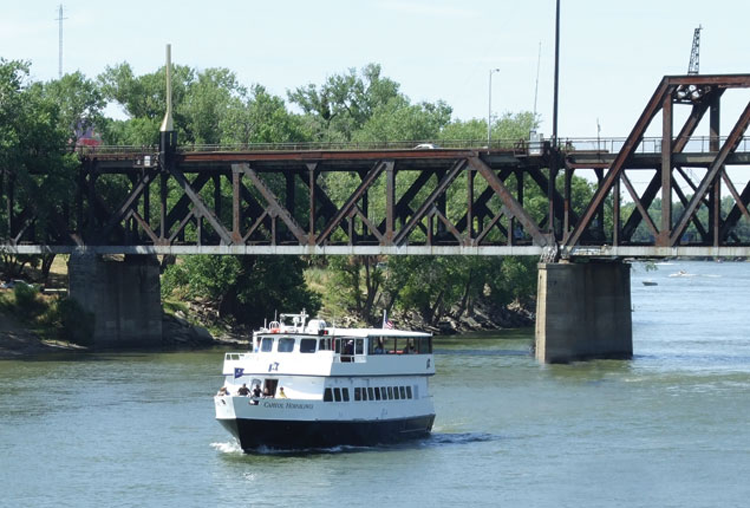 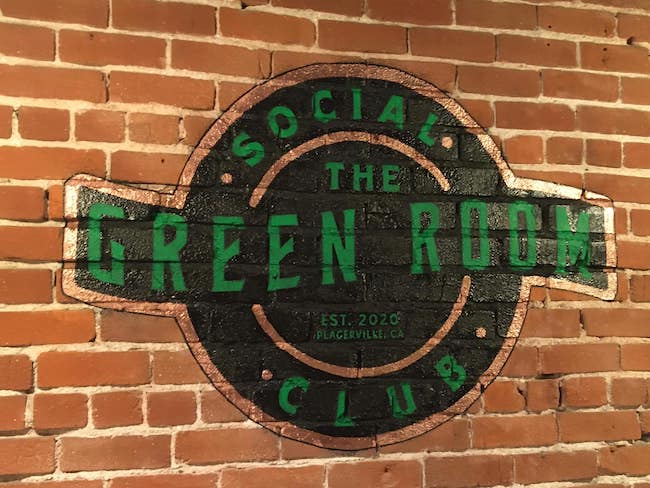 Ring in 2022 during the New Year’s Eve Celebration at the Green Room Social Club in Placerville. Not a night owl? No worries, there’s an earlier celebration based on East Coast time from 7-9:30 p.m., followed by West Coast from 10 p.m.-1 a.m. The earlier party includes a fixed-price coursed menu, while the later party includes appetizer stations. Both feature live bands and a champagne toast.

Crawl ’Til The Ball Falls | Sacramento 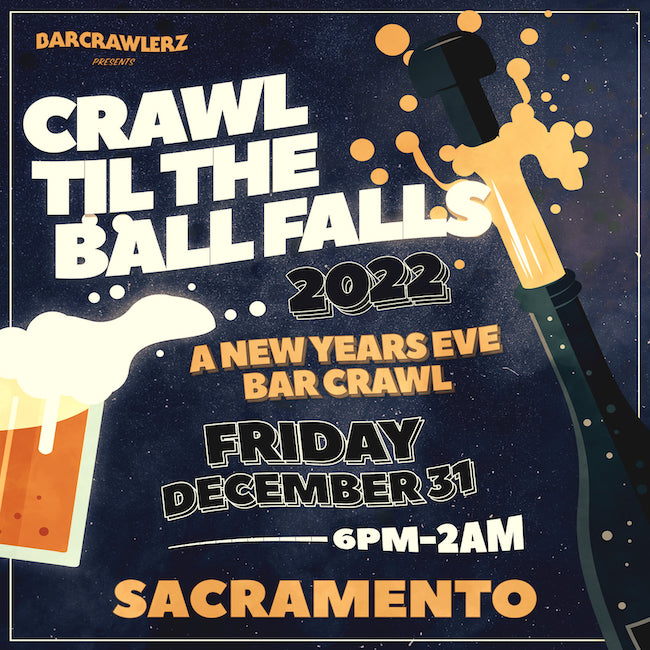 Why spend your New Year’s at just one watering hole? Join in this popular bar crawl to vary your scenery! Crawl ’Til The Ball Falls will be held at various locations throughout Sacramento from 6 p.m.-2 a.m. Locations are to be determined, but you can download a map and join in as much or as little as you like. Your wristband gets you into several hotspots, plus drink specials all night.

January 19, 2022 The Best Happy Hours in the Sacramento Area for Food & Drinks
October 29, 2021 The Most Haunted Places in the Greater Sacramento Area