Dog-Friendly Beaches Within 3 Hours of Sacramento

Summer means sunny days and beach getaways, with the sand in your toes and the sounds of lapping waves. The greater Sacramento area is only a few hours from the Pacific coast, making beach trips a breeze. From hidden-away coves with crashing surf to long stretches of sand with calm waves, there are all types of beaches that make for fun (or relaxing) day trips from Sacramento.

Unfortunately, not all California beaches welcome four-legged friends. But why should people have all the fun? Dogs love the sand and surf just as much as their human companions do. Luckily, there are several spots within a few hours’ drive of Sacramento where you can bring your furry friends. Some require dogs to be on leash, while others let your pooch run free by the sea. Following are our top choices for dog-friendly beaches within three hours of Sacramento.

Note: The information provided was accurate as of the time of this post. Please check the websites to confirm the latest regulations. Also note some beaches have breed restrictions. 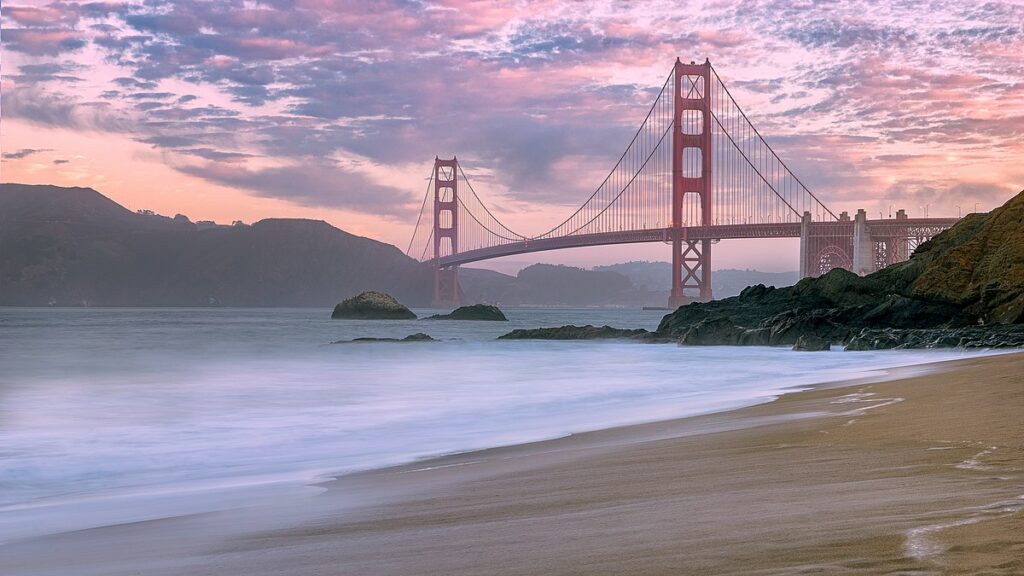 At the foot of the Golden Gate Bridge, Baker Beach is part of the Golden Gate National Recreation Area. Not only does this beach provide stellar views, it allows your dog to be off leash, as long as they are under voice control. It’s also a popular spot for fishing, but it’s not safe for swimming as there is an undertow and rip current. 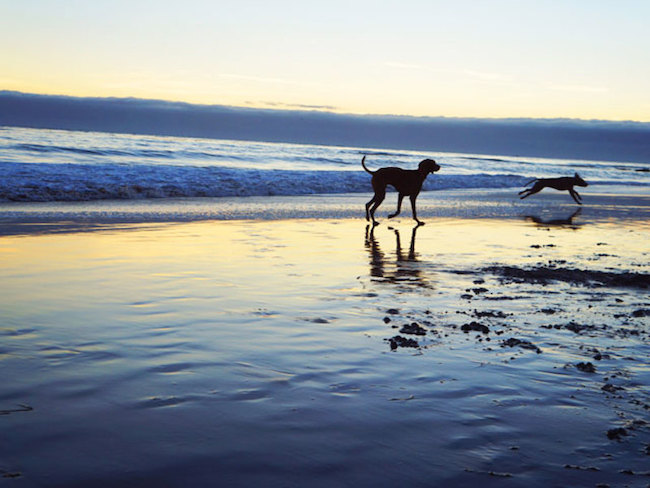 Further south, Mitchell’s Cove Beach in Santa Cruz is a popular swatch of sand that has special “dog-friendly” hours. Dogs are allowed off leash between sunrise and 10 a.m. and again from 4 p.m.­ to sunset. Otherwise, they need to be on leash. The beach is accessed by a stairwell, and there are interesting rock formations along the cliff. 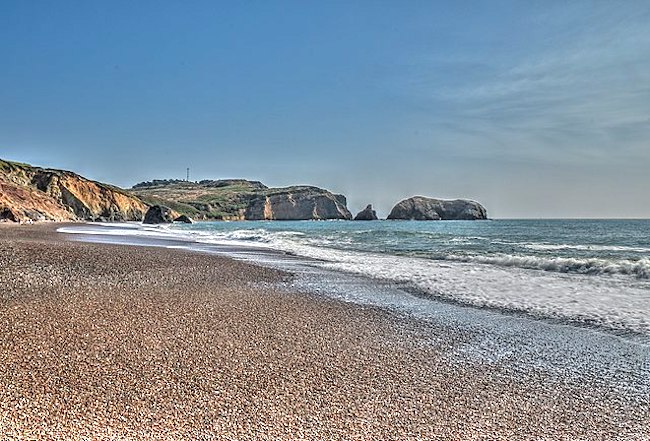 Rodeo Beach in Sausalito, also part of the Golden Gate National Recreation Area, is another beach that allows dogs to be off-leash. It’s a pebbly beach that draws surfers with its huge waves. Opposite the shoreline is a lagoon, and although dogs aren’t allowed there, it makes for a scenic afternoon. 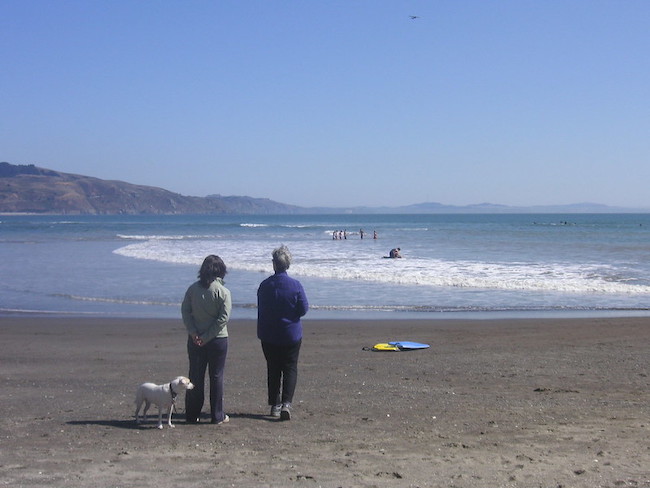 At the tip of Bolinas Lagoon just north of Stinson Beach, Bolinas Beach is a popular beach for pet owners, as dogs are allowed off leash. Activities include surfing, bodyboarding, stand-up paddle boarding and kayaking as waves are generally calm. There is free street parking, but it fills up fast, so visitors should arrive early. 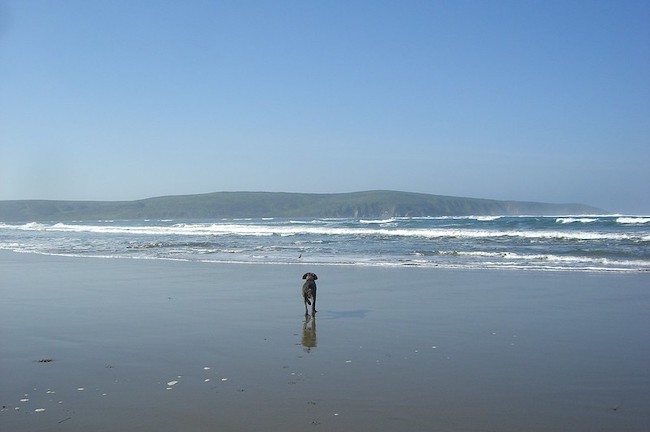 Dillon Beach is one of the better-known dog-friendly beaches in the Bay Area. Although the beach is public, the area surrounding it is a private resort, which has lodging, a quaint restaurant and a well-stocked general store. The beach itself allows off-leash dogs, and it’s especially fun at low tide when the tide pools are exposed. 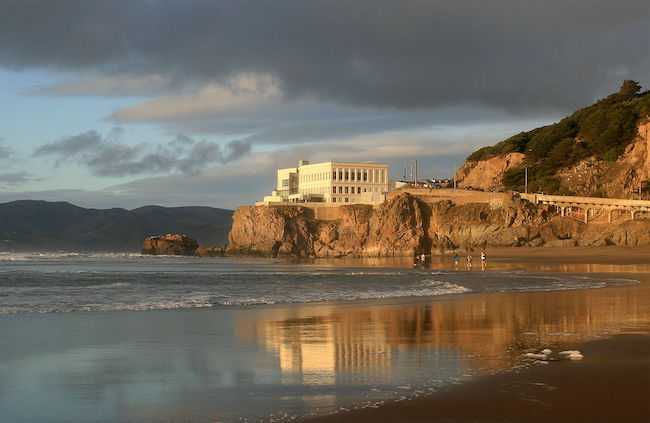 If you’re looking for a dog-friendly beach within the San Francisco city limits, look no further than Ocean Beach. Off-leash dogs are allowed on most sections of the beach, from the northern tip to Sloat Blvd. Plus, there are views of Lands End and the old Cliff House restaurant building. 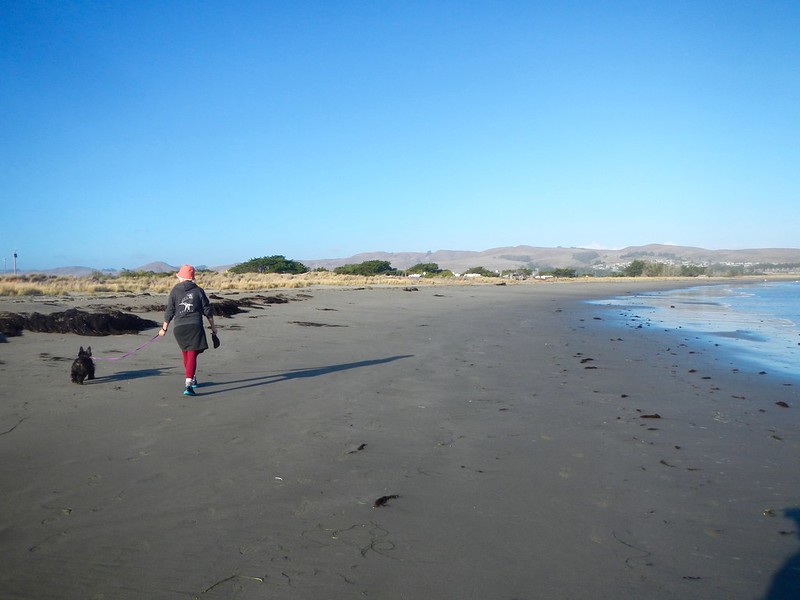 Popular Doran Beach stretches along a peninsula at the southern edge of Bodega Bay. It’s a two-mile stretch of sand, with grassy dunes and campsites. Dogs are welcome on leash throughout the park and on the beach. That said, a small section of the shore near the harbor is sometimes open to off-leash pups at low tide. 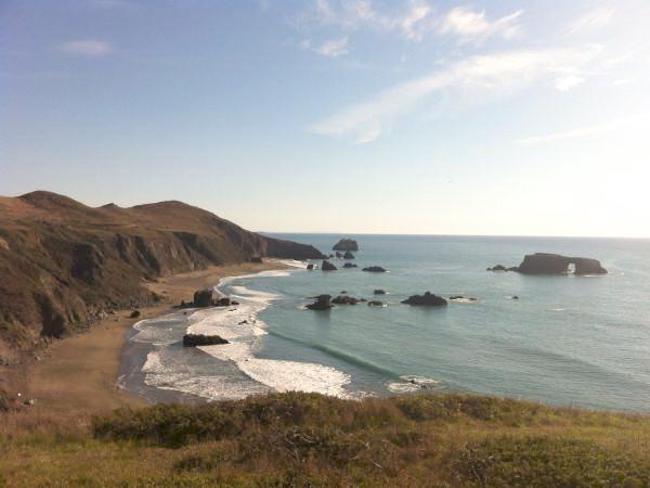 Blind Beach, part of Sonoma Coast State Park, is a narrow stretch of sand in Jenner, just north of Bodega Bay. It’s known for its views of the arched rock that sits right offshore. Dogs are allowed on the beach, but they must be on leash. 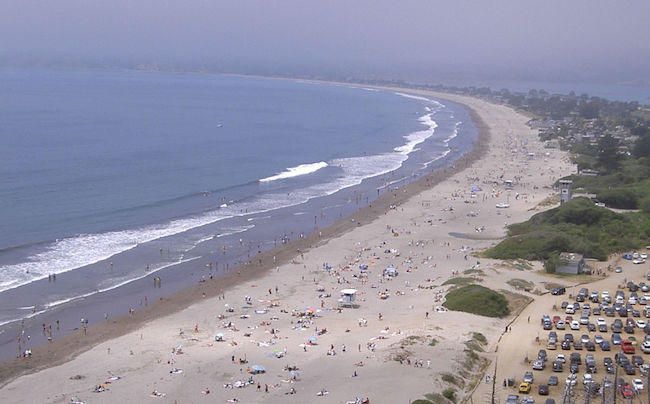 Just north of San Francisco, Stinson Beach is another popular beach. Although dogs are not allowed in the National Park Section of the beach, the adjacent county beach (known as Upton Beach) allows dogs as long as they are on leash. It’s also a popular spot to surf, boogie board or wind surf. 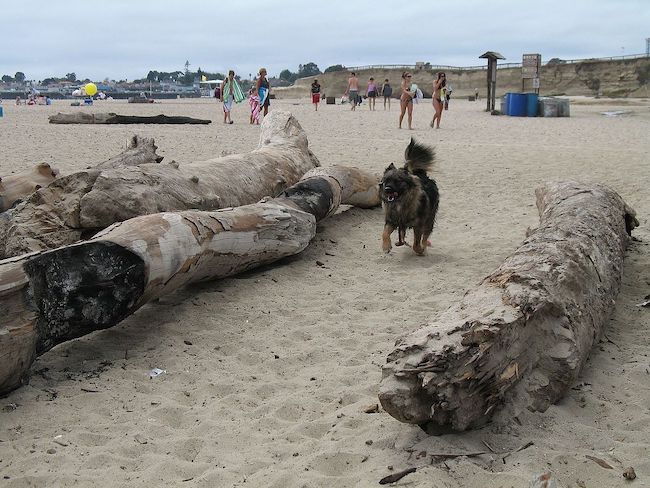 Further south, Seabright State Beach in Santa Cruz is a smaller beach that sits between the boardwalk and the harbor. It’s known for its dog friendliness, as long as they are on leash. A lighthouse sits in the distance, making for picturesque views, especially at sunset. 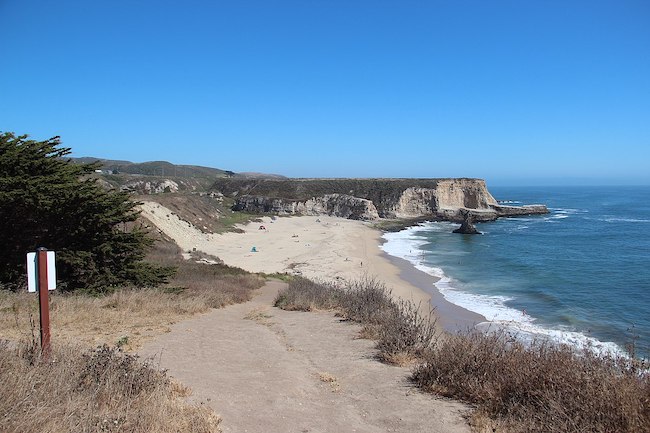 Davenport Beach is another dog-friendly spot in the Santa Cruz area. It’s located near the mouth of Vicente Creek, with rock formations, arches and tunnels. The beach is accessed by several winding trails, and although dogs must be on leash, it’s a popular spot for them to frolic. 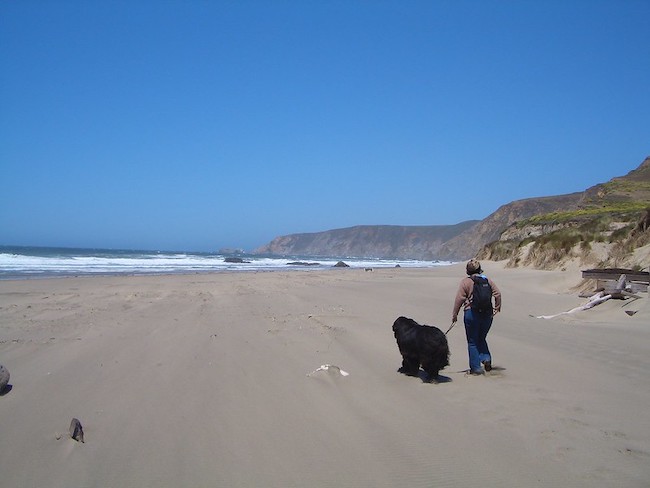 Kehoe Beach, on the Point Reyes peninsula, requires a bit of a hike to access, but the payoff is a secluded stretch of sand you can explore with your (leashed) dog. Dogs are allowed only on the northern portion of the beach, as the southern end is protected habitat for snowy plover. Like many beaches in Northern California, it can get chilly, so come prepared. 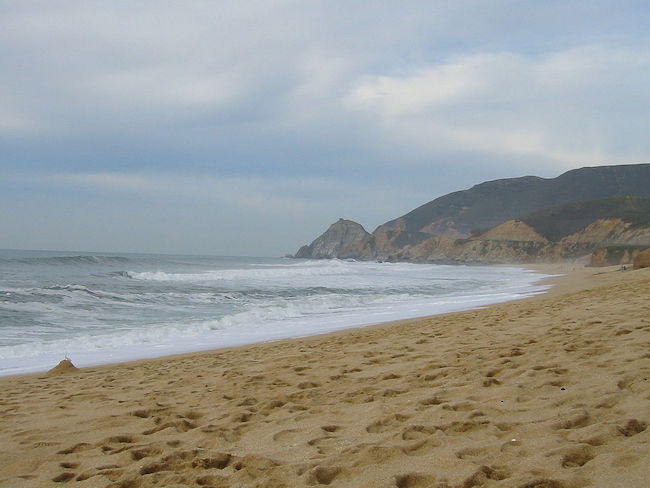 Just south of San Francisco, Montara State Beach has a range of things to do, including tide pools, hiking and biking trails, and surfing. Waves are rough, so swimming is not advised, but the sand is nice and soft, perfect for digging and beach combing.