Cinco de Mayo is right around the corner, meaning it’s time to celebrate Mexican-American culture! Despite what many people believe, Cinco de Mayo is not Mexican Independence Day. Rather, it commemorates the Mexican army’s victory over the French at the Battle of Puebla during the Franco-Mexican War on May 5, 1862.

Today, Cinco de Mayo is celebrated with community festivals and parades, complete with music, dancing, art, and of course — food! Although many events are postponed this year due to the pandemic, you can still celebrate by enjoying a delicious Mexican meal on Cinco de Mayo. And while the culinary traditions of Mexico are rich and varied, one of the favorite staples still reigns supreme: the humble taco! Tacos are believed to pre-date the arrival of the Spanish in Mexico, and today are sold by every street vendor in every city, town and village throughout the country.

The greater Sacramento area has its share of amazing taco spots, from hole-in-wall taquerias to upscale Mexican restaurants. Whether you prefer the classic American ground beef, the authentic lengua, or the coastal fish taco, you’re sure to find a place where you can indulge your craving. Following are some of the top spots in the greater Sacramento area where you can not only fill up on tacos (and a margarita or cerveza), you can also celebrate Mexican-American culture this Cinco de Mayo! 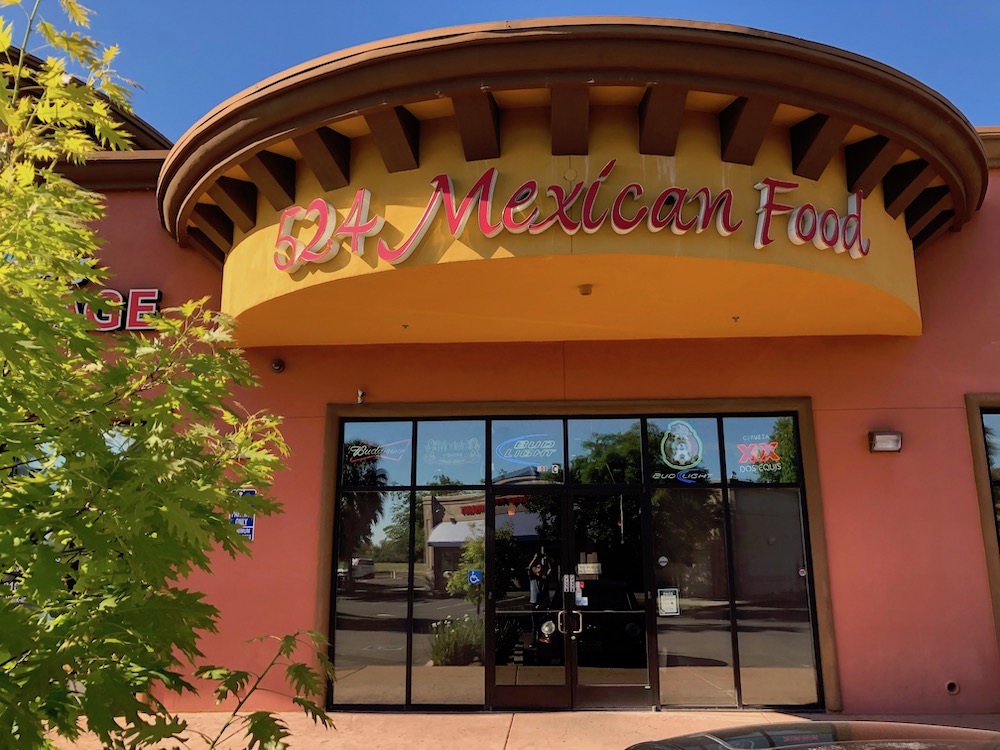 Mention authentic Mexican food to a local in Sacramento and you’ll no doubt hear about 524. Though they’ve moved from their original location at 524 12th Street, the Natomas location has the same down-home vibe. Yes, they have tacos. But they also have other Mexican staples like menudo, tortas, chile verde and burritos, along with the famous minestrone that comes with every meal. 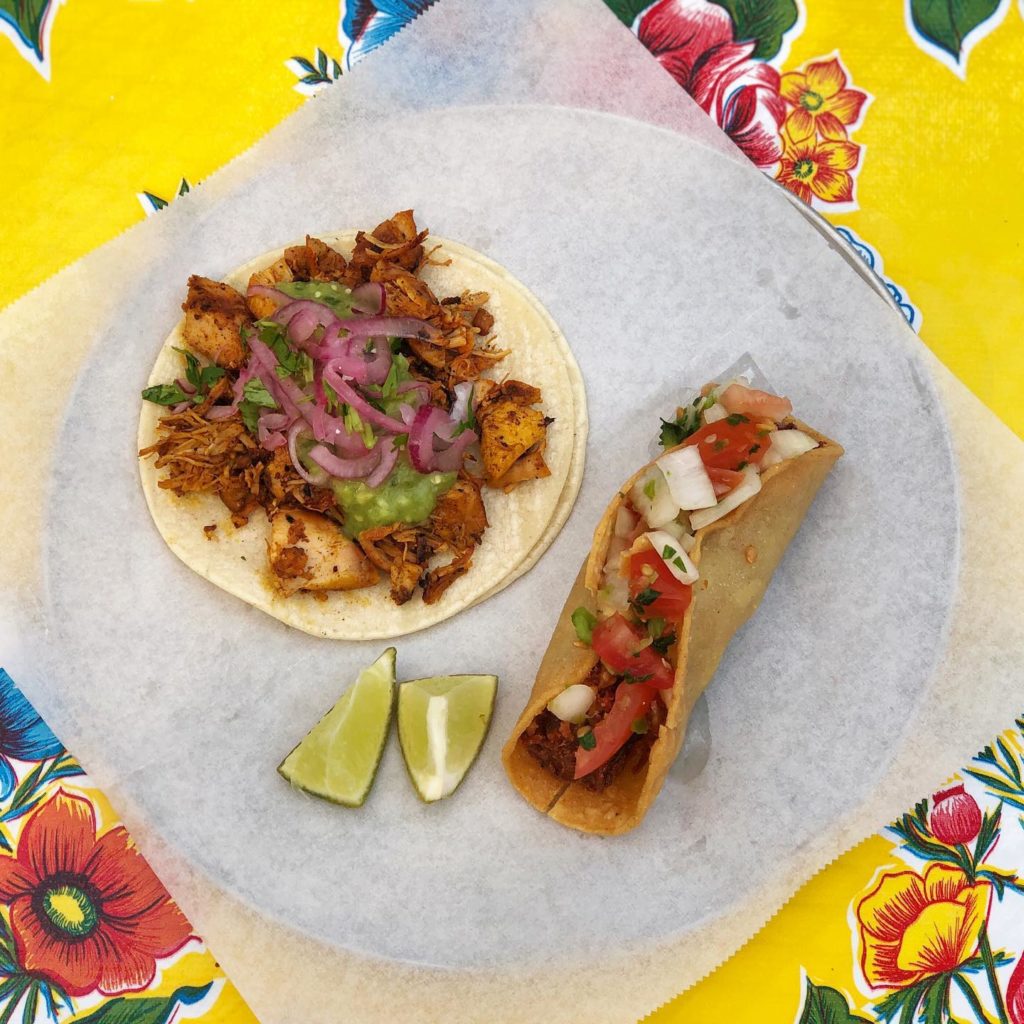 This eclectic eatery in North Oak Park is a taco oasis. The menu at La Venadita features an array of options, including plenty of delicious tacos to choose from — like the pescado taco with battered and fried fish, chili aioli, cabbage, jalapeño, cilantro and lime. Or the vegetariano, with mushrooms, rajas, whole pintos, cheese, jalapeño salsa and queso fresco. They also make one of the best margaritas in town, which are now available to go. 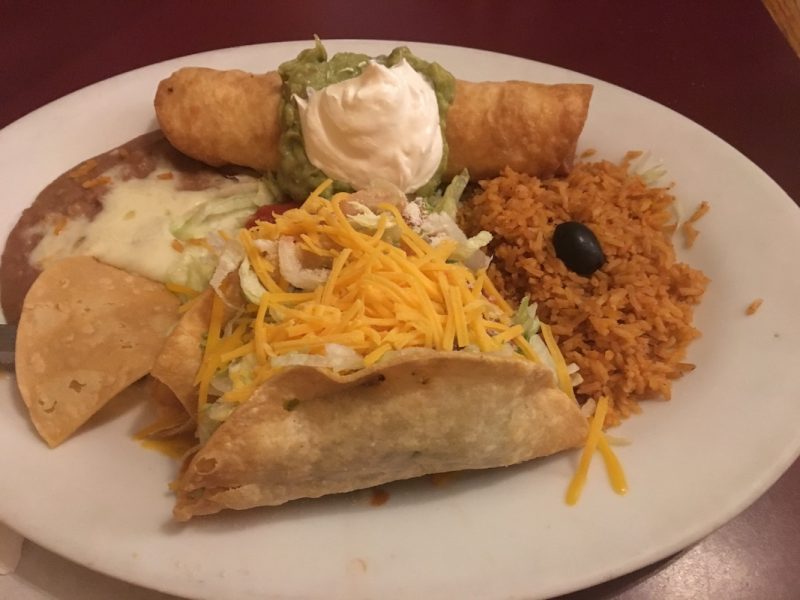 The toughest part about a meal at Lorenzo’s in Roseville is deciding what kind of taco to get. Soft or crispy? Chicken or beef? You choose your items, they serve it up alongside a generous portion of refried beans and Spanish rice. You can also get a family pack of tacos to go! 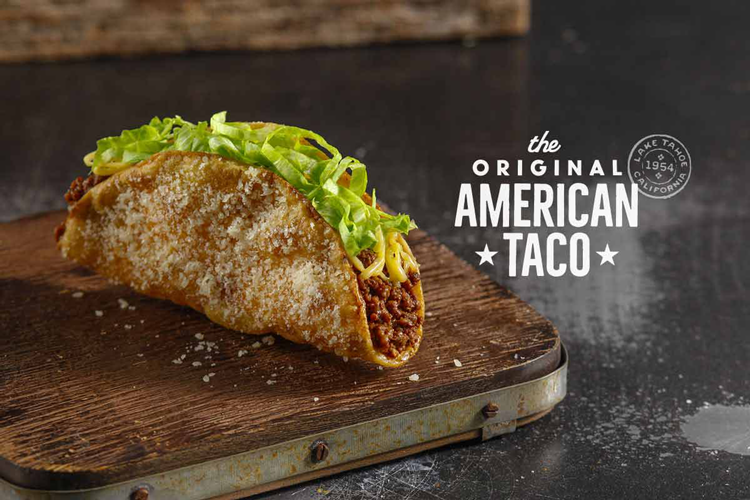 Dating back to 1954, Jimboy’s Tacos is a Sacramento-based Mexican-style chain and franchise with nearly 40 locations throughout the region. Wherever you live in the area, it’s likely you can easily access Jimboy’s and their delicious tacos. This is, after all, the signature item that started it all. The tacos are created with a stone-ground corn tortilla grilled to perfection, filled with your choice of seasoned meats, freshly shredded cheese, crisp lettuce, and a dusting of their signature parmesan cheese. Some locations have drive-throughs, or you can order online or via their mobile app. 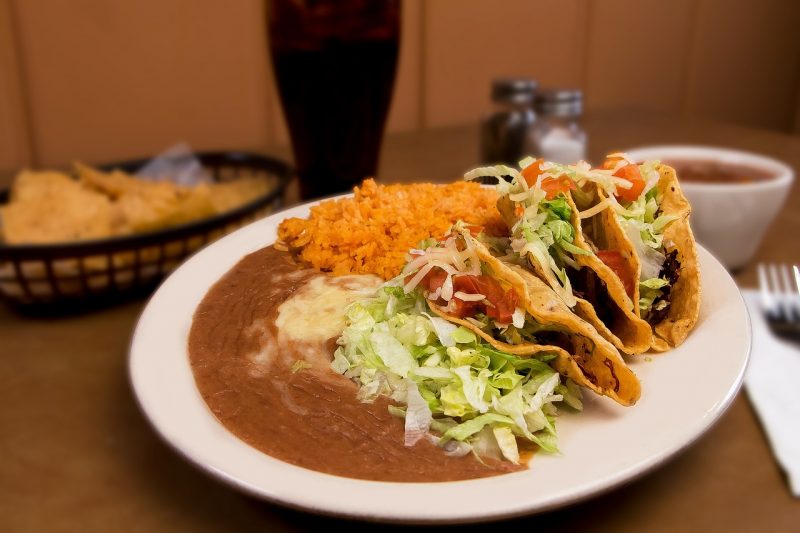 Café Delicias has been serving up traditional Mexican cuisine since they first opened their doors in 1965. Today, they have locations in Auburn, Rocklin and Roseville and are known for their huge portions. Not only do they have tacos on the menu, they have super tacos — so ginormous you have to use a fork! 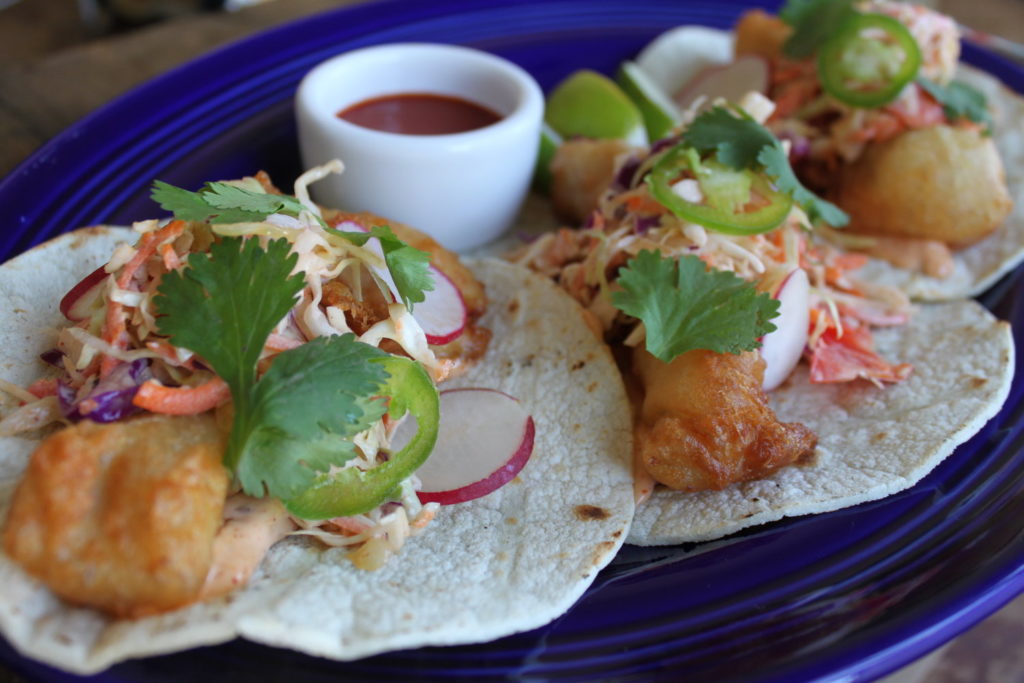 This festive eatery and bar features all the classic flavors of Mexico using fresh, seasonal ingredients. Everything is made from scratch, from the tortillas to the syrups and spice blends used in their margaritas. Taco selections run the gamut, and include al pastor, barbacoa and blackened shrimp, among others. 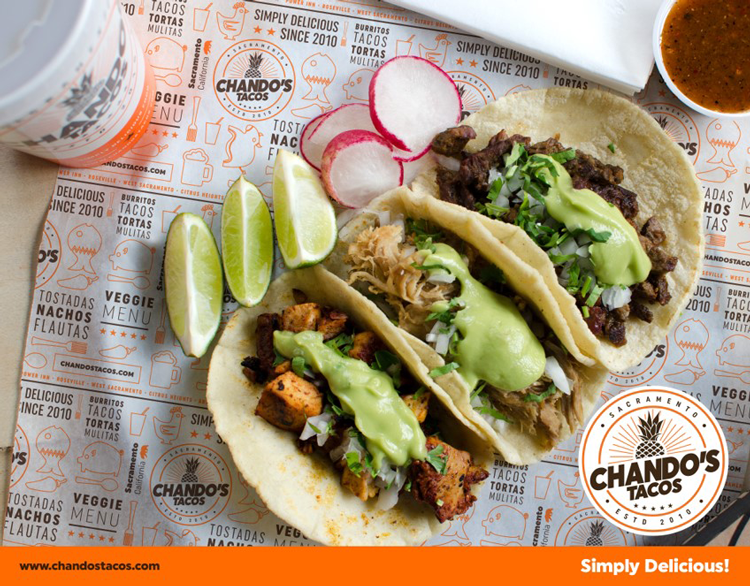 What started as a humble taco stand has grown into a local chain with a cult following! In fact, Chando’s is one of the best spots for authentic street tacos in the greater Sacramento area. You get your choice of their signature meat (such as carne asada, chorizo, pollo or carnitas), topped with fresh cilantro, delicious diced onions, creamy guacamole, and tangy salsa. With locations in Sacramento, Elk Grove, Citrus Heights, Roseville and West Sacramento, there’s sure to be a Chando’s near you! 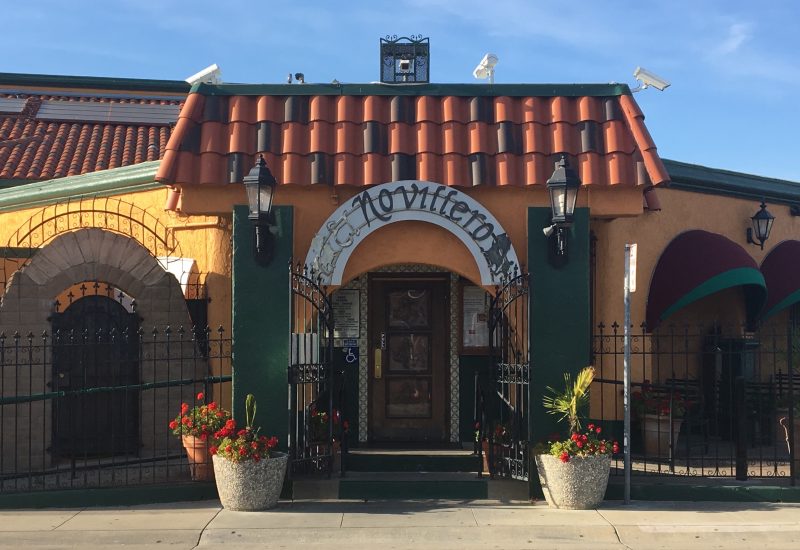 With its colorful exterior and adobe tile roof, El Nov has been the go-to spot for authentic Mexican cuisine in Sacramento for half a century. They have the classic tacos, burritos and enchiladas, but their specialty is roasted pork carnitas served with all the fixins. 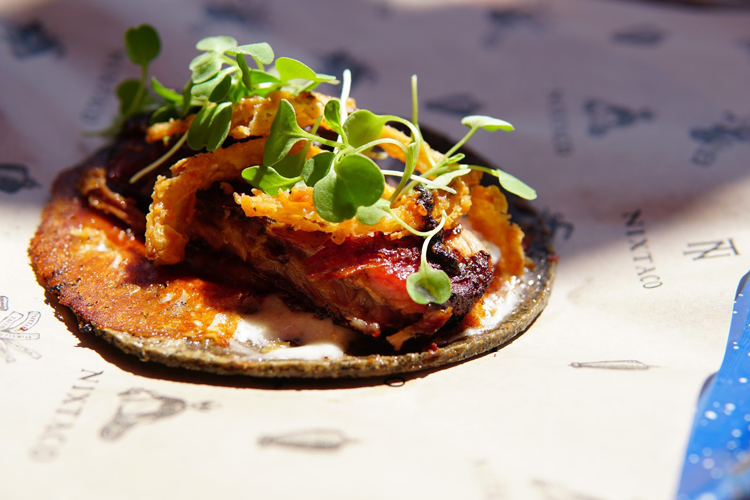 Nixtaco Mexican Kitchen is a chef-driven restaurant serving cuisine from Northeastern Mexico in the heart of Roseville. They pride themselves on the simplicity of their fare, which reflects what you might find at a real street taqueria in Mexico. You can’t go wrong with any of the tacos on their menu, as each is crafted with the finest ingredients, handmade tortillas, and a creative combination of flavors and textures. 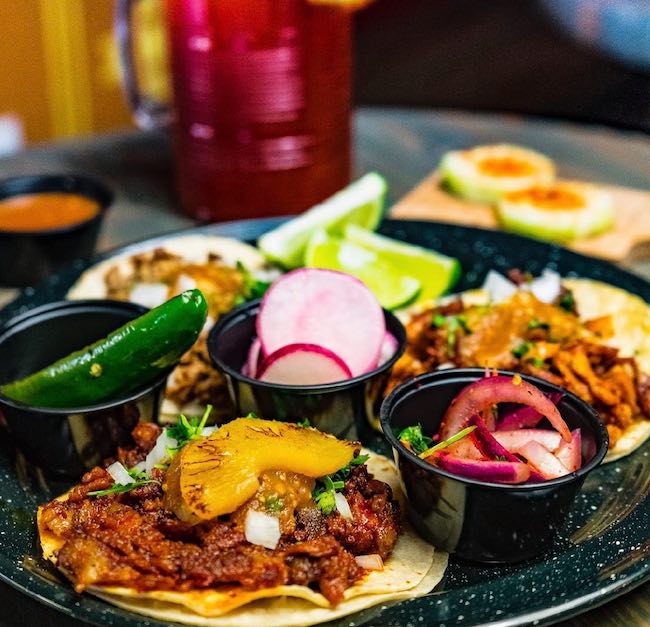 Tacoa is a friendly neighborhood taqueria in East Sacramento that has every traditional taco imaginable: carne asada, al pastor, chorizo and chicken, all topped with onions, cilantro and salsa and each under three bucks. They even have vegetarian versions made with nopales (a type of cactus) and rice and beans. Plus they have a wide selection of margaritas and Mexican beer!

Combining original flavors with regional recipes, Maria’s Cantina in Woodland is a must-visit during your quest for exceptional tacos in the region. The cantina seeks to build upon the world’s great regional Latin recipes one ingredient and one method at a time by blending Old World traditions with new world flavors. Don’t miss “Taco Tuesday” at Maria’s, featuring a new taco concoction each week. 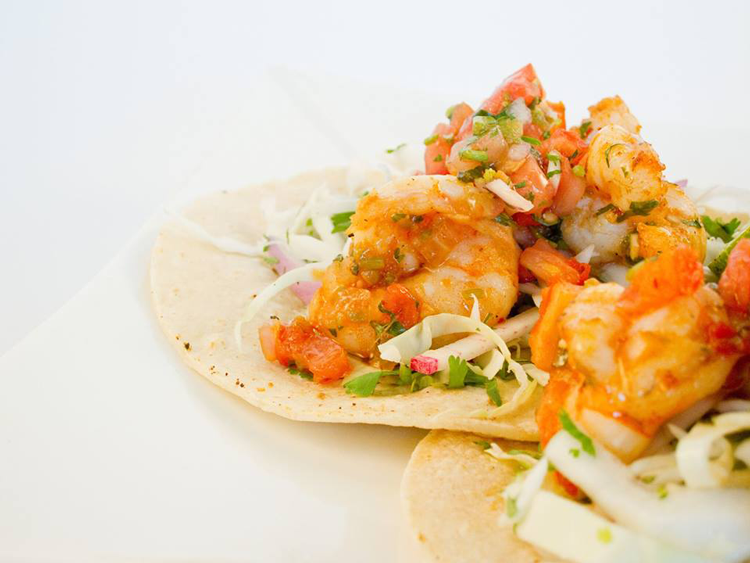 Mezcal Grill has locations in both South Natomas and Tahoe Park, so no matter what side of town you’re on, there’s a location nearby. Mezcal is known for their modern interpretation of classic dishes, and use only high-quality, fresh ingredients. Their simple Taco Mexicano is made with a soft corn tortilla, your choice of meat, chopped onions, cilantro and salsa. They also have shrimp tacos and fish tacos. 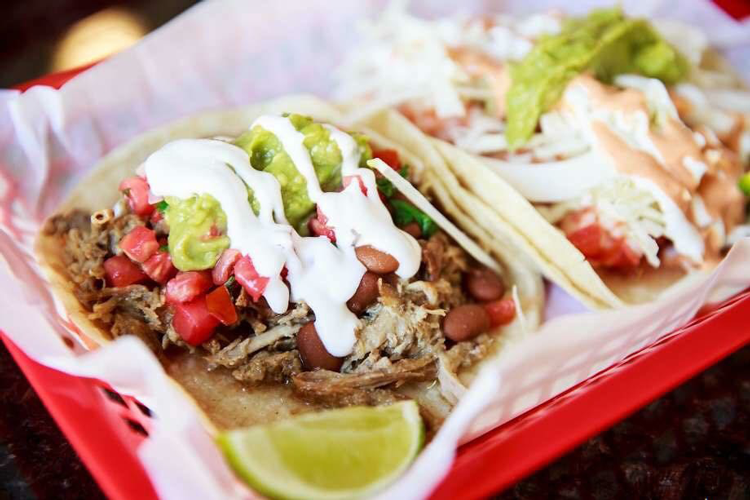 Located in the heart of historic Folsom, this taqueria serves some of the best tacos in the region. The tacos here are quite hefty, as they are topped with more ingredients than your typical street tacos. Regulars love the carne asada and chicken tacos, but you really can’t go wrong with any of the choices on their menu. You can order a family meal consisting of meat, rice, beans and salsa, plus drinks.

Located in — you guessed it — an alley in Midtown Sacramento, Cantina Alley serves authentic Mexican tacos and inventive cocktails. They offer a number of delicious tacos, including a chorizo taco, Baja fish taco and a vegetarian taco made from fried potatoes. Don’t let the name fool you — although they’re located off an alley, the patio is lovely and welcoming and a great place to spend a spring evening!

Elizabeth Penney is a content writer for the Lyon Local blog. A Sacramento native with a marketing background, she shares her insider knowledge on restaurants, attractions and outdoor activities throughout the greater Sacramento area and beyond.