St. Patrick’s Day is just a few weeks away, and for many of us, that means green beer and leprechauns. But it’s actually much more than that. It’s an official Christian feast day honoring St. Patrick, the patron saint of Ireland, who converted pagans to Christianity using a three-leaf clover to represent the Holy Trinity.

As St. Patrick’s Day is smack dab in the middle of the Lenten season, restrictions on eating and drinking alcohol were lifted in order to celebrate his legacy. Hence, the tradition of indulging in Irish beer and whisky (not to mention traditional Irish food) began.

Unfortunately, St. Patrick’s Day parades and block parties are cancelled this year due to the pandemic. But no worries — you can still create a traditional Irish celebration at home. Put on your favorite green clothing and pick up a pack of Guinness or a bottle of Jameson and the luck of the Irish is sure to come your way. Here are some of the top traditional Irish recipes to celebrate St. Patrick’s Day this year 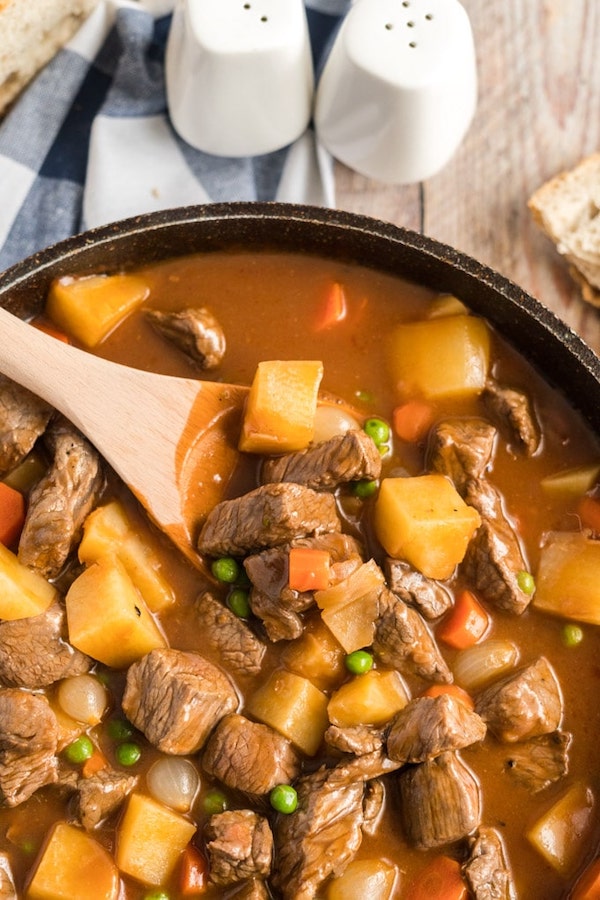 It can still be a bit chilly come March 17, but this hearty Guinness Beef Stew from Kylee Cooks will warm you to the bone. It’s made in a skillet, which cuts hours of braising time, and uses Guinness Irish stout to add a rich, creamy texture. Using a lean cut of meat, such as sirloin, further cuts the cook time. 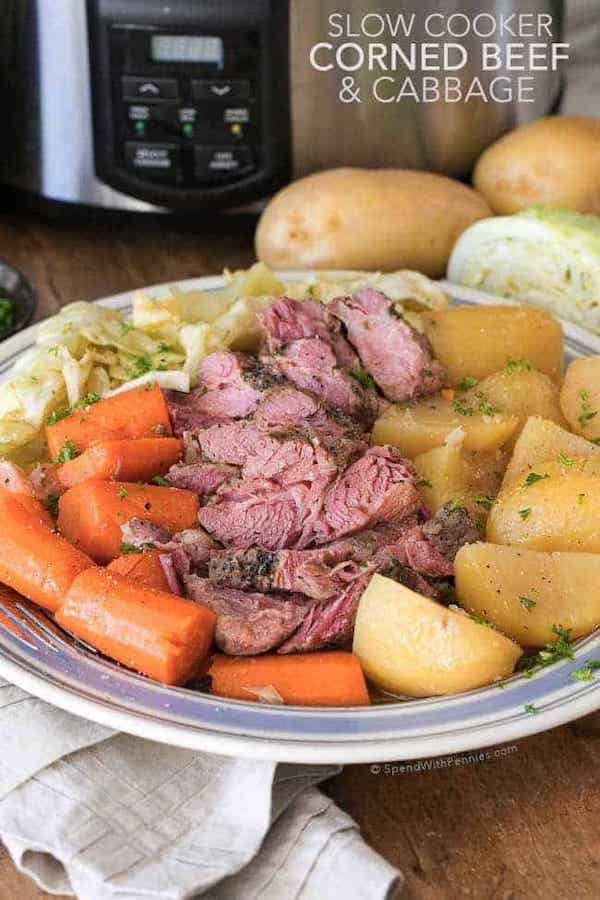 Corned beef and cabbage is the quintessential St. Patrick’s Day meal! This recipe from Spend With Pennies uses a slow cooker to tenderize beef brisket. Add in all the fixins like cabbage, potatoes and carrots and you’ve got the makings for a hearty Irish meal. 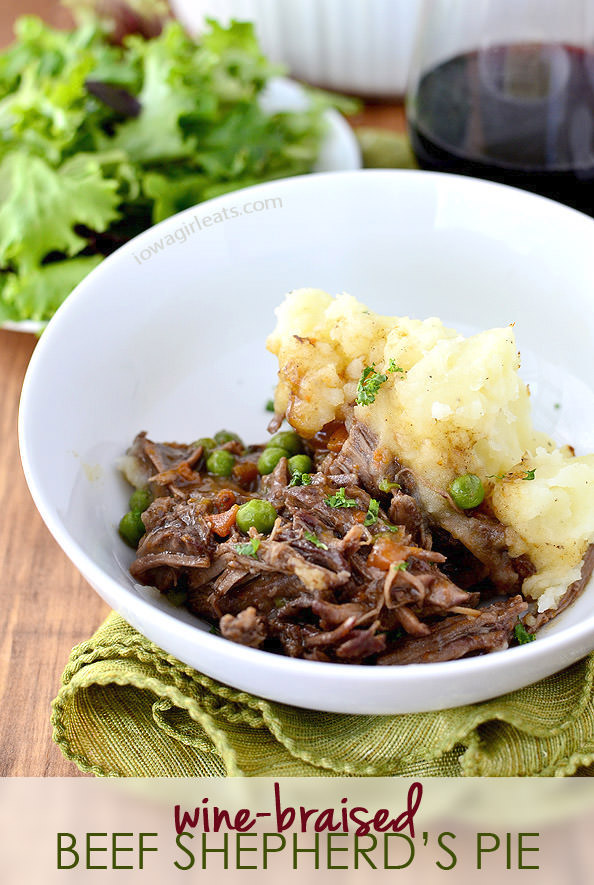 Shephard’s Pie is another traditional Irish dish, but this recipe from Iowa Girl Eats adds a twist by braising the meat (in this case, chuck roast) in red wine (in this case, cabernet). Add in veggies like carrots, peas and celery, top with homemade mashed potatoes and your belly will be full in no time. 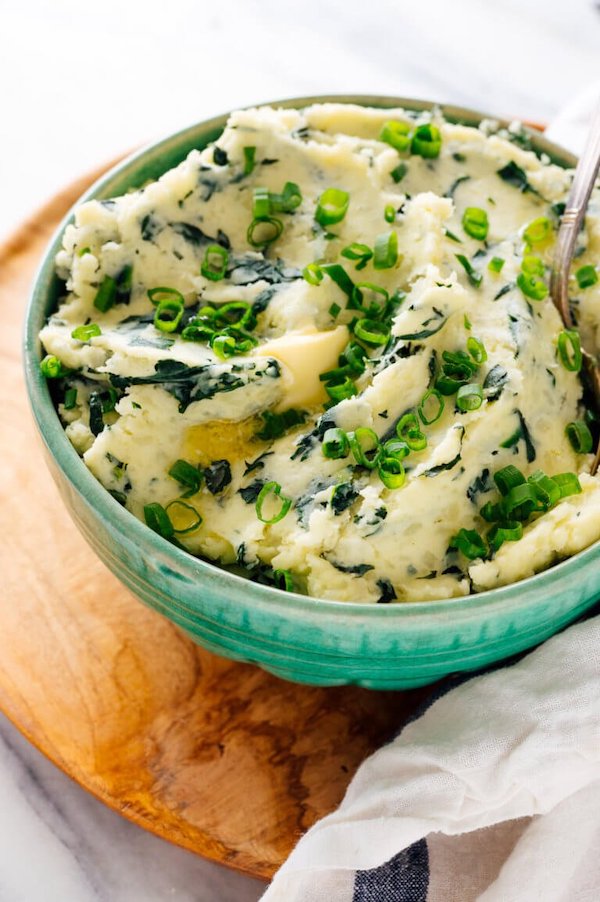 Colcannon is an Irish comfort food staple in which kale or cabbage is mixed with mashed potatoes. It’s the perfect accompaniment for Irish stew as it sops up all the delicious juices. This recipe from Cookie and Kate uses cream cheese and sour cream to give it just a hint of tang.

This easy recipe from Garlic and Zest brings together all the flavors of colcannon in a quick weeknight meal. It uses sliced red potatoes, onion, cabbage and carrots cooked down in a flavorful broth, then tops it with Irish bangers (sausage). Best of all, it cooks up in just one skillet, so you’ll have less cleanup. 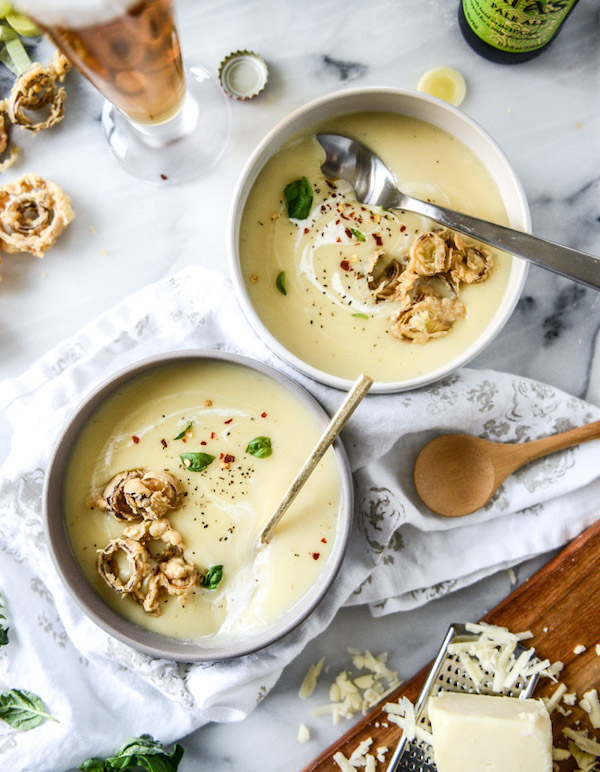 Potato soup has many iterations, the most famous being the bacon cheddar variety. But this version from How Sweet Eats classes it up with Yukon gold potatoes, Irish ale and fresh herbs. It’s topped with flavorful beer-battered leeks, giving a crunchy contrast to the velvety soup. 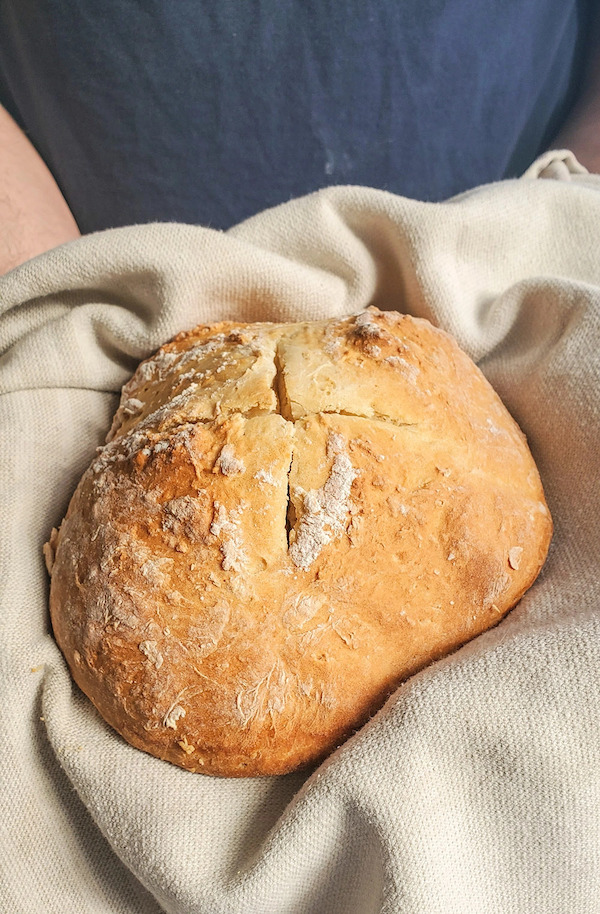 Irish soda bread is another St. Patrick’s Day staple, and it’s easier to make than it seems. There’s no yeast and no rising in this recipe from Nellie Bellie, just flour, milk, vinegar, sugar, salt and baking soda. The method is simple but the results are impressive! 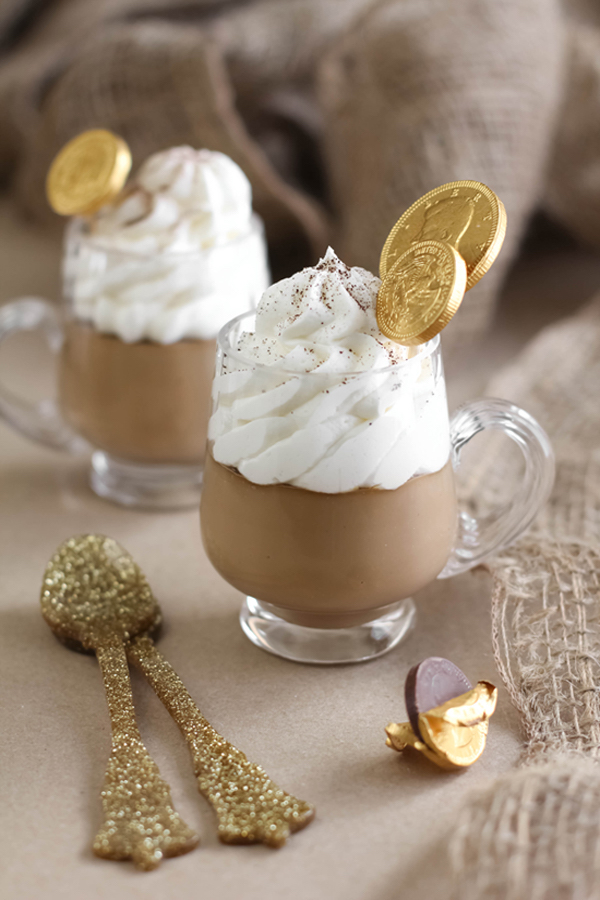 With all that hearty food, you’re going to need something a little sweet to finish it off. This Irish Coffee Pudding from Sprinkle Bakes fits the bill, and it looks so festive on your St. Patrick’s Day table. It’s a basic pudding made from heavy cream, espresso powder and Irish whisky, topped with whipped cream and gold coins for luck! 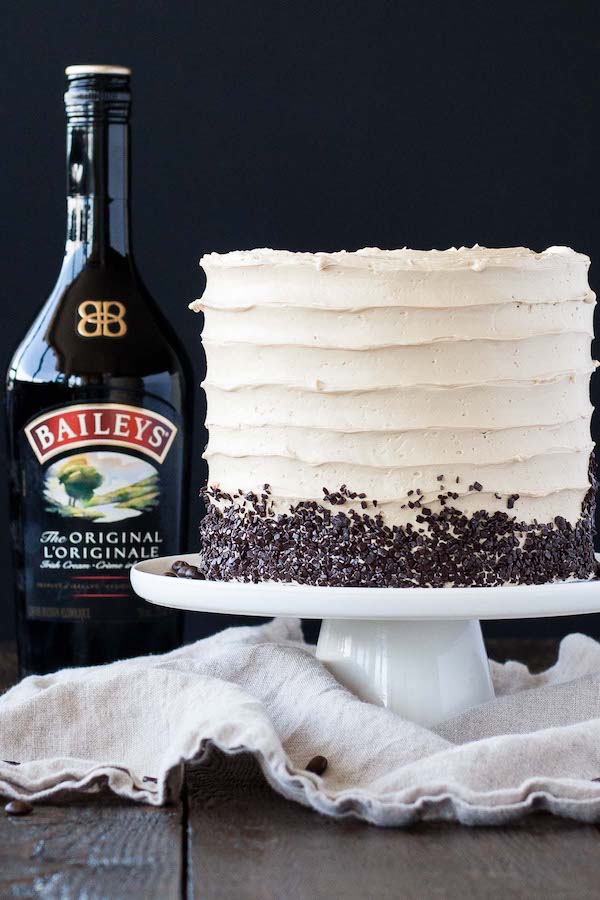 There’s no reason not to celebrate St. Patrick’s Day with a from-scratch cake! This version from Liv for Cake uses a basic sponge cake infused with Baileys Irish Cream, a Swiss meringue buttercream flavored with espresso and Baileys, and a decadent Baileys ganache. It’s sure to impress! 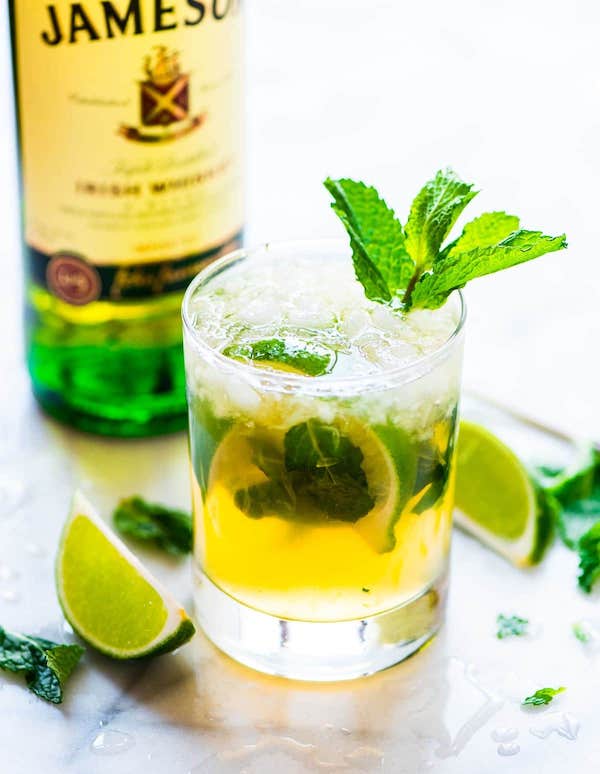 St. Patrick’s Day wouldn’t be St. Patrick’s Day without a drink in hand. This Green Whisky Smash from Well Plated is just like the classic version, with whisky, mint and sugar, but it uses lime rather than lemon to up the green aesthetic. 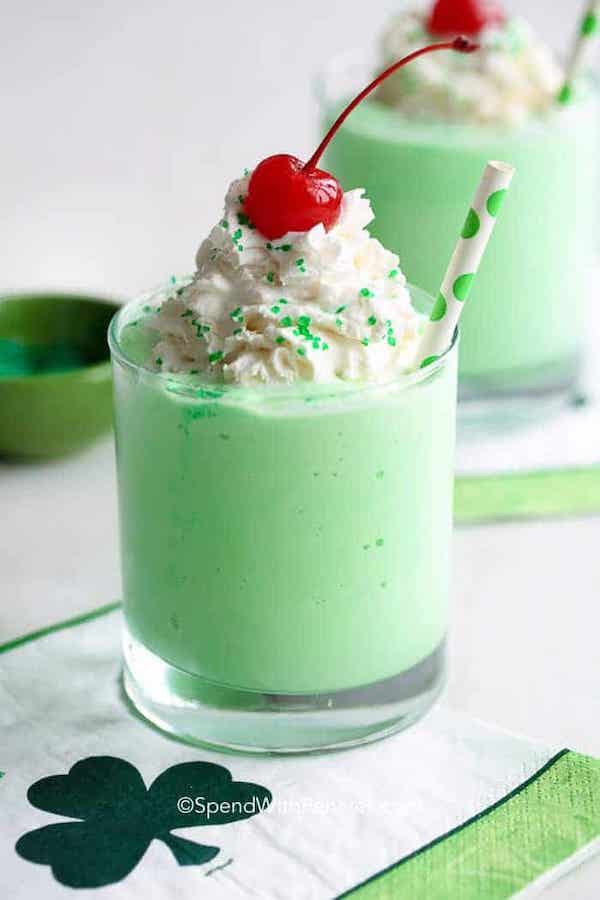 Admittedly, the Shamrock Shake isn’t a traditional Irish dish at all. In fact, it is decidedly American. Regardless, we thought this adult-version of the fast-food treat by Spend With Pennies warranted inclusion. Vanilla ice cream, milk, crème de menthe and vodka (plus a little green food coloring) will get you all the minty flavors of the kid’s version, but with a little kick.

July 20, 2022 Landscaping Tips That Can Increase Your Home’s Value
July 13, 2022 How to Prepare Your Home for Summer Heat & Wildfires