Sure, we all know Sacramento is the capital of California, the fifth largest economy in the world. And that it’s home to the Sacramento Kings NBA team. And that it’s world renowned for its farm-to-fork produce. But what do you really know about the River City?

Sacramento has a long and rich history. It began in 1839 when John Sutter arrived in the area and established Sutter’s Fort. When gold was discovered in the nearby foothills in 1848, the town quickly sprung up to support the miners hoping to strike it rich, thus launching the Gold Rush of 1849. The surrounding areas followed suit. Towns like Auburn and Placerville also catered to the ’49ers, ballooning from makeshift settlements to bustling towns seemingly overnight.

Although the mines eventually dried up, the Sacramento region’s rich soil did not, and farms throughout the region flourished. Once the transcontinental railroad was completed in 1869, produce from California could be shipped across the country in refrigerated rail cars, further establishing Sacramento as an agricultural powerhouse.

Like any city, Sacramento and its surrounding communities have their share of little-known facts, those that don’t always make it into the history books. Following are some interesting things you may not know about the Sacramento area.

The city flooded every year 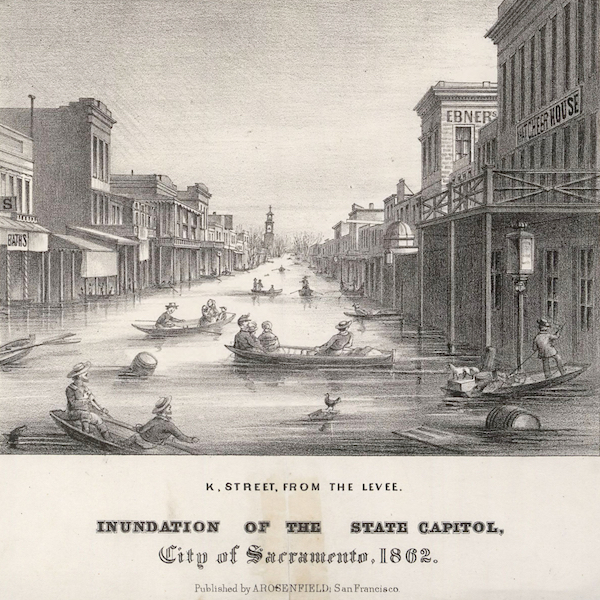 Located along the Sacramento and American rivers, Sacramento frequently found itself underwater. The Great Flood of 1862 was so deep, it’s said that then-governor Leland Stanford traveled to his inauguration by rowboat. Although now protected by levees, remnants of the city’s wet past are still evident today. For example, the hilltop Poverty Ridge neighborhood is so named because working-class people fled to its higher ground during floods. The downtown and midtown areas are known for their highwater bungalows — homes raised up on stilts to avoid floodwaters, many of which have since been filled in with secondary living units or basements.

City streets were raised up 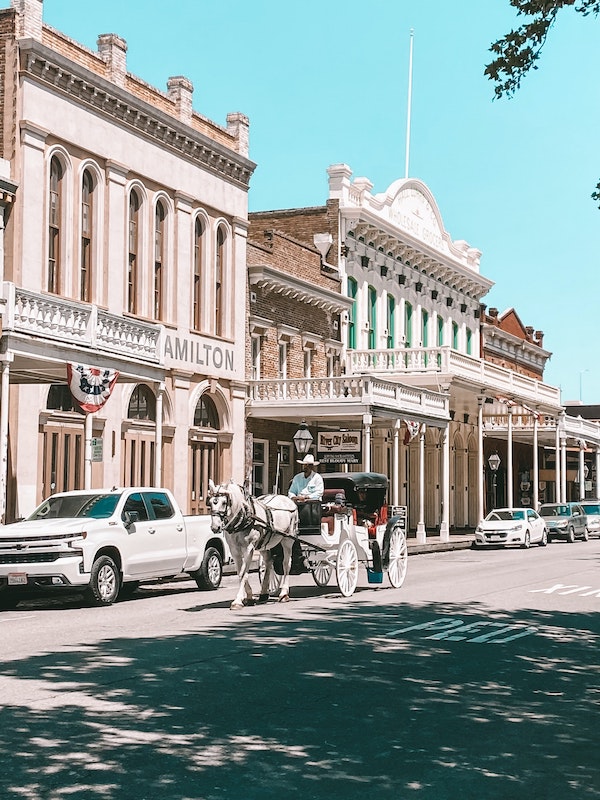 The flooding was so bad that in the 1860s, the city approved a plan to raise the street level as much as 10 feet. Some business owners raised their buildings to meet the new level, while others simply abandoned their ground floors. The project resulted in a system of underground tunnels in Old Sacramento, which you can tour through the Sacramento History Museum. 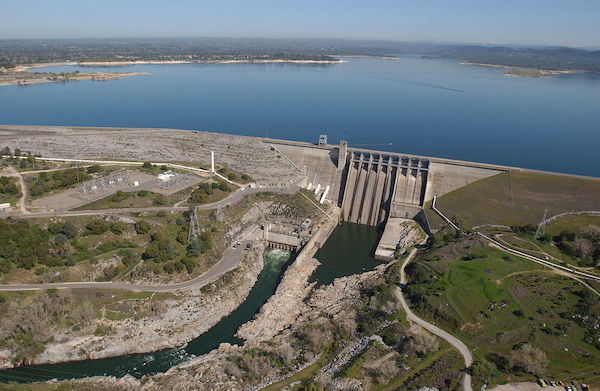 A small mining town known as Mormon Island flourished on the banks of the American River in the mid-1800s near present-day Folsom. But when Folsom Dam was built, the town was flooded, its ruins buried beneath the water. When the lake water is low, you can still see some remnants of the town’s original buildings.

There was once a huge lake downtown 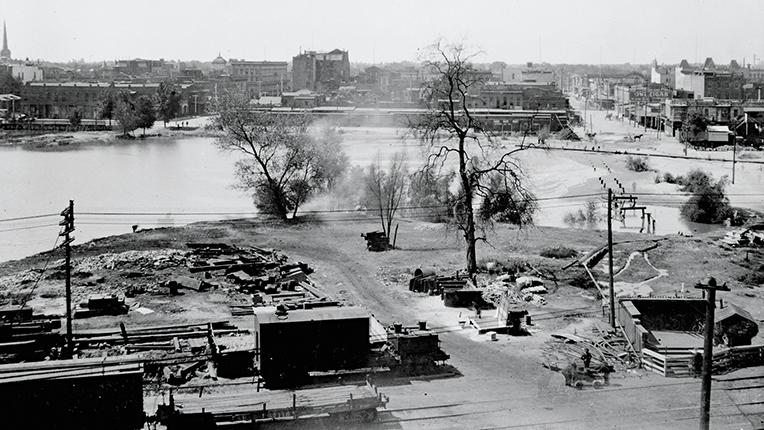 Sutter Lake was a 50-acre body of water near the confluence of the Sacramento and American rivers near Old Sacramento. It no doubt contributed to the flooding problem, and once construction of the railroad began, the lake became a dumping ground for refuse. It soon became a public nuisance and was eventually filled in.

It hasn’t always been the capital 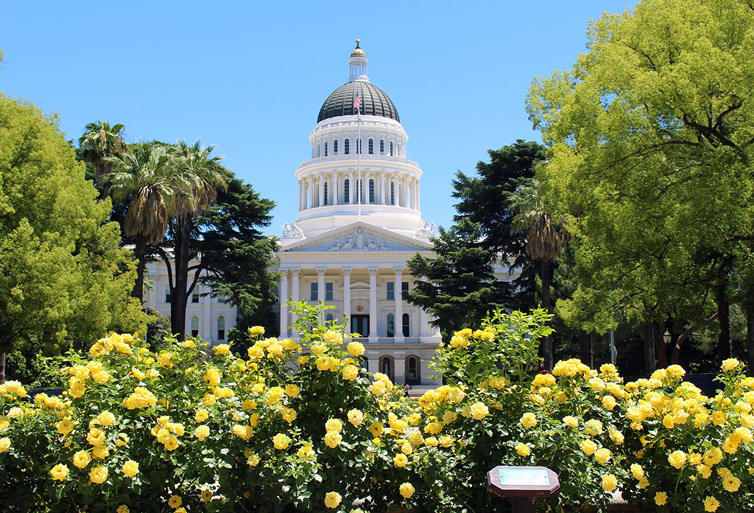 In fact, it was the fifth city to house the state government, after Monterey, San Jose, Vallejo and Benicia. Even San Francisco took the title for a short period, after heavy rains and the 1862 flood made it difficult to conduct business here. 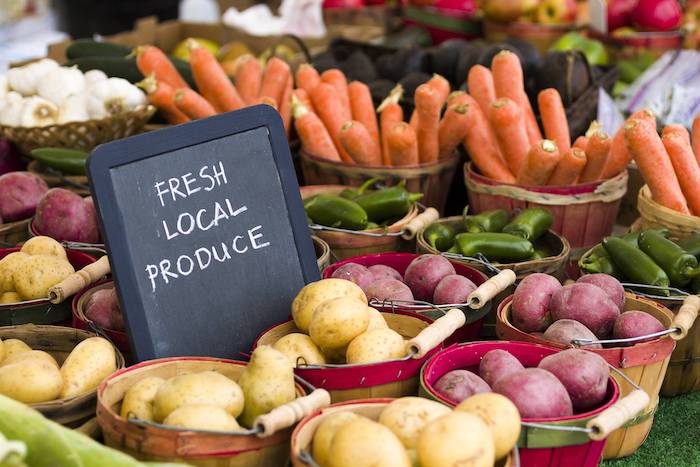 Well, not in name anyway. Although the greater Sacramento region has always been a leader in agriculture, its official designation as the Farm-to-Fork Capital didn’t happen until 2012. Previously, Sacramento was known as the City of Trees, as it’s said to have more trees than any other city in the world besides Paris. Other monikers include the River City, Camellia City and Big Tomato.

Rice and almonds are major crops 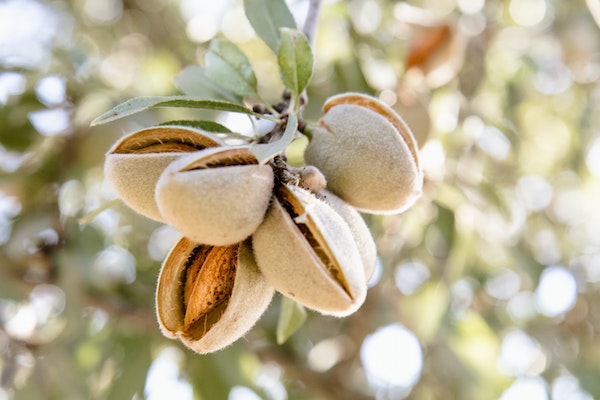 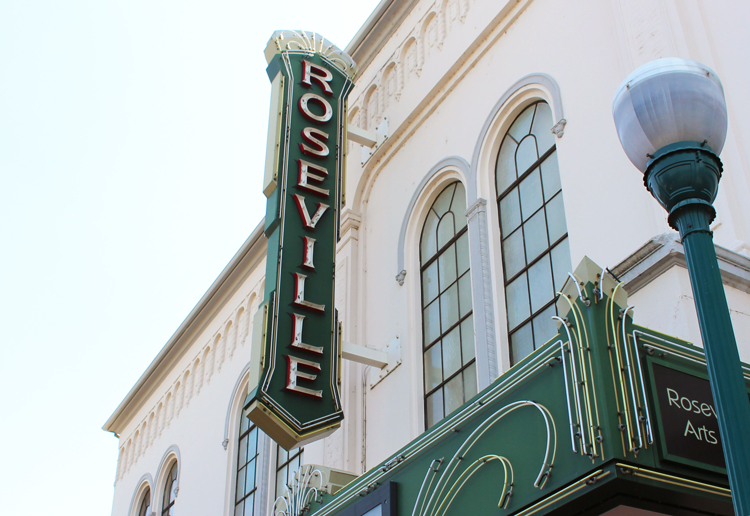 According to the Department of Finance, the Sacramento region is home to some of the fastest growing cities in the state, including Rocklin, Roseville and Folsom. And it comes as no surprise, as the region has been undergoing an overall boom in home sales.