We all deserve a treat once in a while. After all, 2020’s been a hard year, so why not take the edge off with a little indulgence? There’s nothing like a sugary treat to satisfy your sweet tooth and soothe your soul. Sacramento has its share of world-class bakeries turning out traditional cakes and other baked goods. But it also has a number of specialty bakeries producing globally-inspired delights and goodies made for those on restricted diets. Following are some of our top picks. 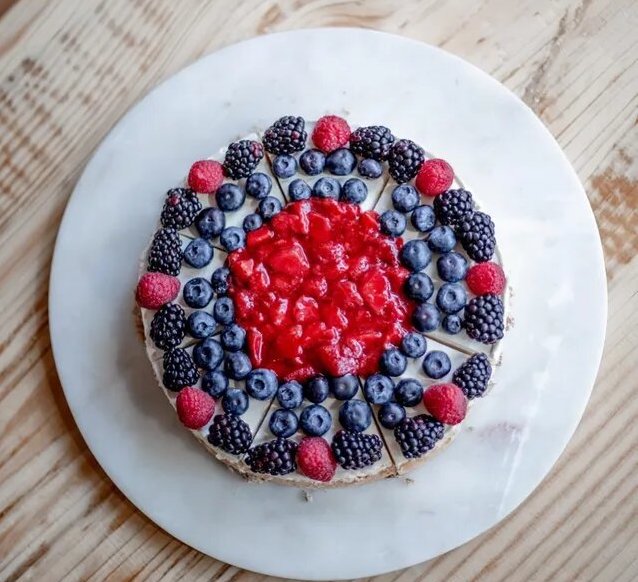 This indie bakery in Grass Valley specializes in gluten-free baked goods, so you can indulge without the nasty side effects. The menu features savory items like a vegetable hand pie and feta and herb scone, as well as sweet treats like cookies, muffins and cakes. In addition to being 100 percent gluten-free, they also have several vegan options as well.

In addition to savory dishes, this eatery in Cameron Park also offers a large selection of baked goods, many with a European flair. Desserts include a traditional Hungarian Beigli, a rolled bread filled with walnut or poppy seeds, Hungarian apple strudel and Hungarian crepes. Other options include cheesecake, breads, tarts and a large selection of gluten-free cakes and cookies. 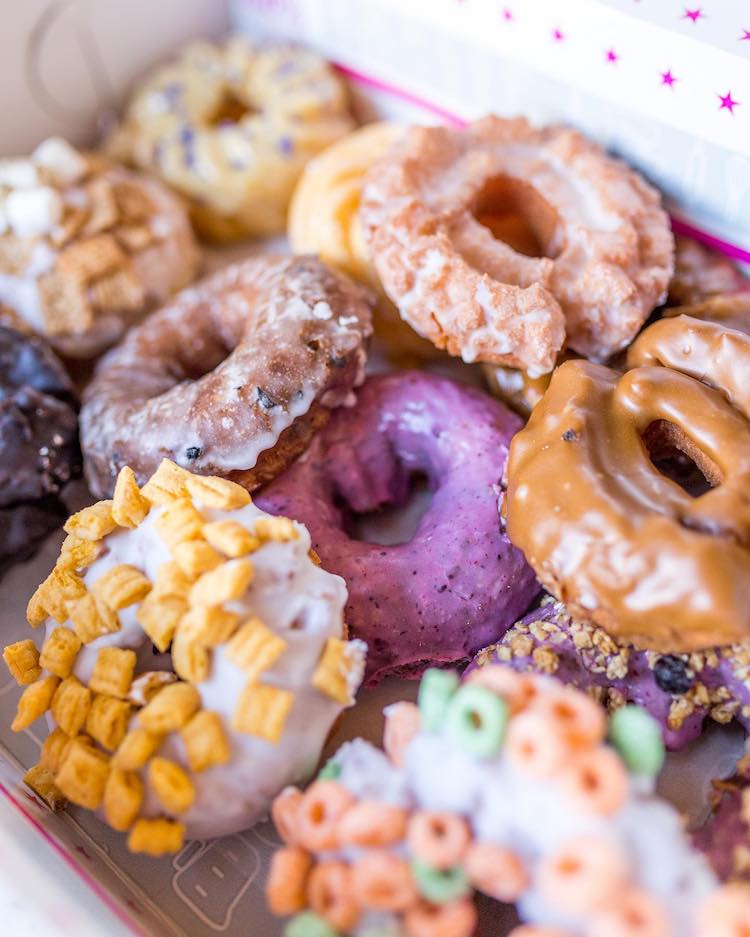 With locations in both Natomas and Roseville, this hip donut shop specializes in donuts with every type of topping imaginable, from popcorn to potato chips, bacon to cotton candy, even cereal like Captain Crunch. You can also get a disposable syringe to inject your donut with custardy fillings. Donuts not your thing? They also have Filipino Señorita bread, aka Spanish rolls. 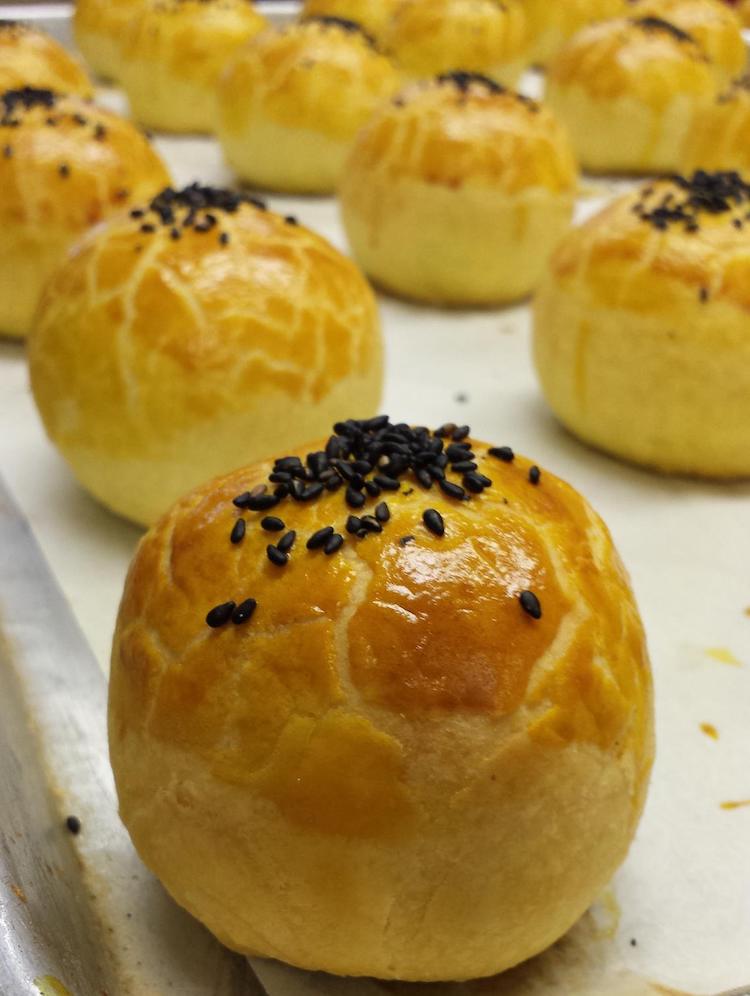 This Asian bakery in South Sacramento turns out all the classic delicacies of Chinese dim sum: BBQ pork buns, pineapple buns and egg custards. They also have traditional moon cakes with flavors like red bean, lotus seed and taro. Cookies are also on the menu, with flavors like chocolate chip, oatmeal raisin, almond and melon. 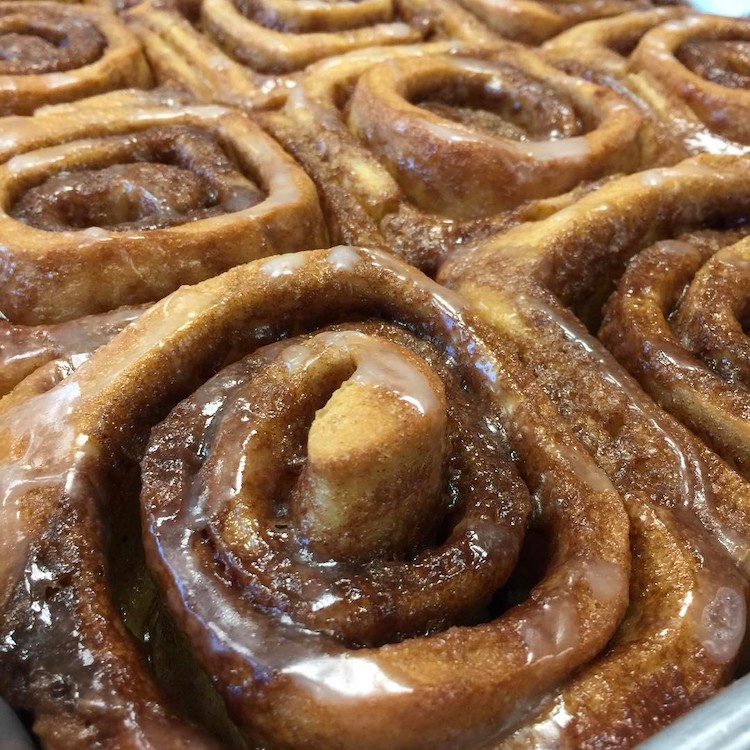 Don’t let its location in a gas station fool you — this Land Park bakery has been turning out some of the best cinnamon rolls in town for more than three decades! Their ooey-gooey-buttery-sweet deliciousness even come with fillings like apples, raisins or walnuts. They also have muffins, croissants and cookies. 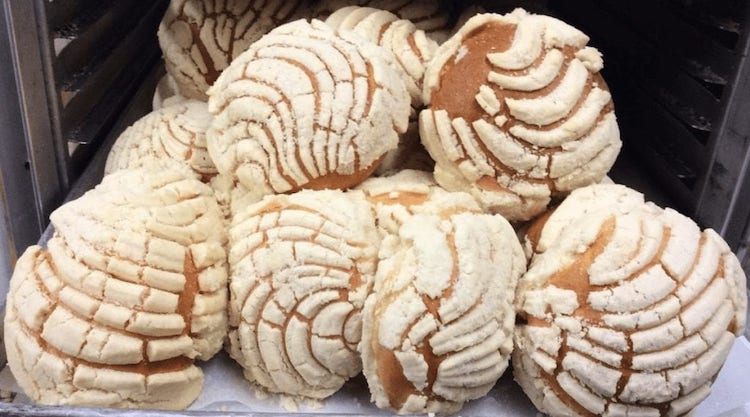 Part of La Esperanza grocery store, this popular Mexican bakery has all the traditional sweets, from cakes to cookies and everything in between. They’re known for their pan dulce, or concha — colorful sweet breads — as well as their tres leches cakes. They also have French-style pastries such as cream puffs and palmiers.

This unassuming spot in the Pocket-Greenhaven neighborhood specializes in flaky, buttery croissants with flavors like cinnamon, almond, chocolate and Nutella and peanut butter. They also have savory varieties, with fillings like veggies, ham and swiss. They also sell French macarons, cakes (including the popular coffee crunch cake), donuts and tarts. But come early — they sell out fast — and bring cash, as they don’t take credit cards. 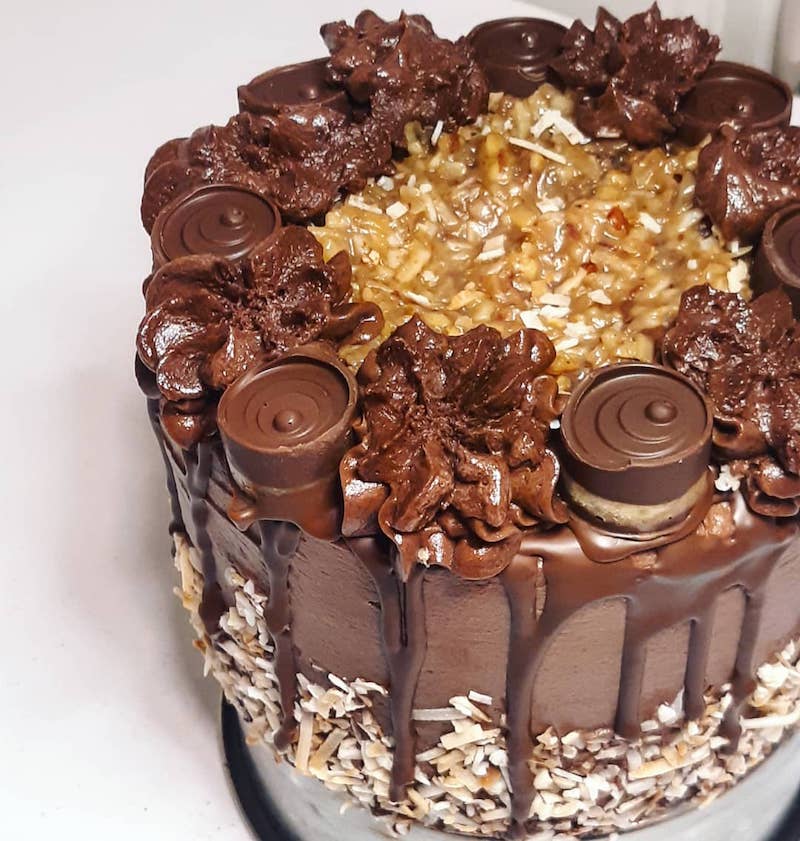 Living the low-carb lifestyle doesn’t mean you have to give up dessert! This Sacramento bakery makes all the classic desserts, minus the sugar and carbs. From cakes to brownies, cookies to donuts, baked goods are made from almond or coconut flour and sugar substitutes, and packed with healthy fats like grass-fed butter. Best of all, they all have 3 net carbs or less! Advance ordering is required, with pickup locations in both College Greens and Elk Grove.

Craving a taste of European decadence? Head to Davis for authentic pastries and other baked goods with a Viennese flair. Popular sweets include apple strudel, rhubarb tart and spice cake, as well as breads like apple walnut and strawberry. You can also order croissants, Danishes and cookies. 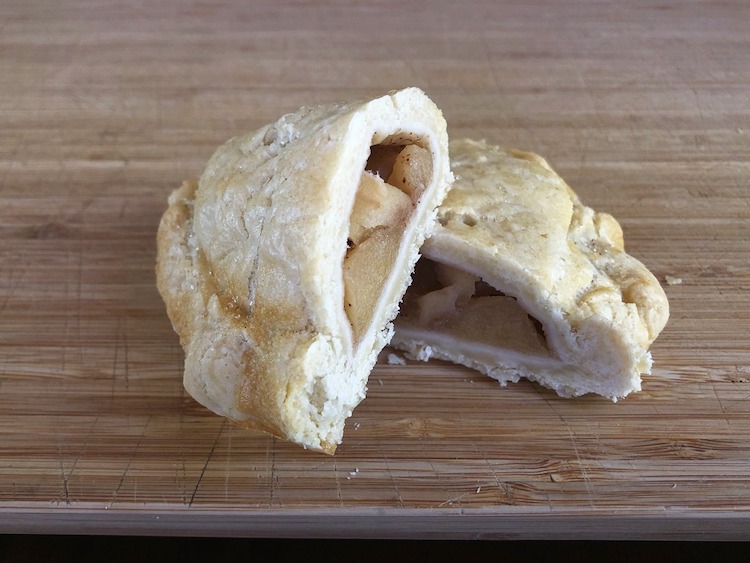 Love pie but wish you could eat it on the go? This delivery-only bakery in Clarksburg can help. Their delectable hand pies are fully encased in a flaky, buttery crust — no fork needed. They’re made from locally-grown ingredients and in both sweet and savory varieties, with flavors like Hemly Cider with Fuji apple, and peach, fontina and prosciutto. Order by Tuesday for no-contact deliveries on Thursdays and Fridays. 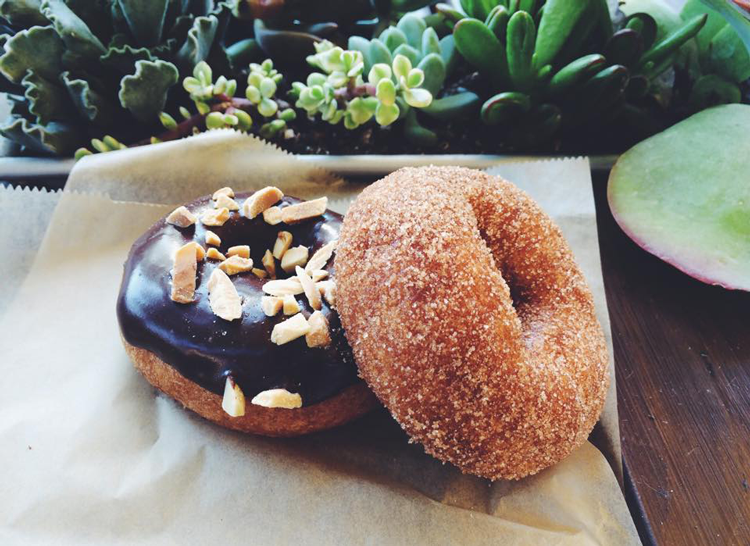 Those with food sensitivities no longer have to take a pass on dessert. With locations in Midtown and Roseville, this bakery makes all the classic treats minus the pesky gluten and dairy. Options run the gamut, and include temptations such as salted pecan cupcakes, chocolate coconut cake, and strawberry rosemary muffins. They also bake their own gluten-free bread. 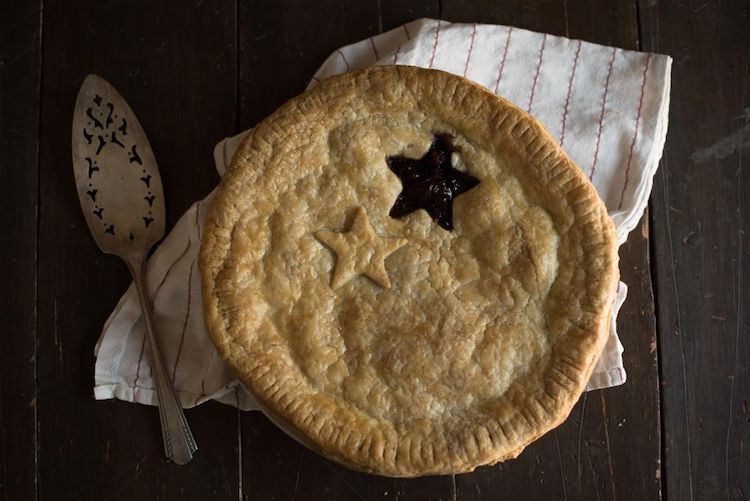 Pot pies, hand pies, fruit pies, cream pies — no matter what kind of pie you’re after, they’ve got it at this bakery near the Curtis Park neighborhood. You can start with a chicken pot pie or shepherd’s pie, then move on to a sweet finale like wild blueberry, peach-nectarine or key lime pie. 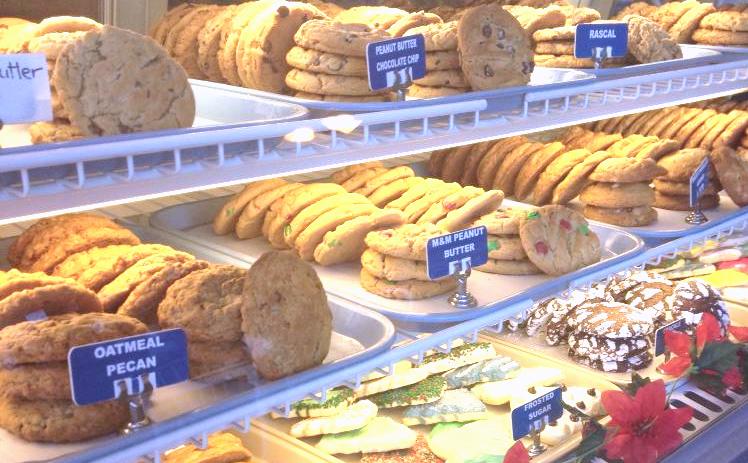 This family-run cookie shop in Elk Grove proves there’s much more to cookies than just chocolate chip and oatmeal raisin. In fact, they have more than a dozen cookie varieties at any given time, as well as daily specials, which includes flavors like chocolate coconut spice, s’mores and lemon surprise. Need something to but all those cookies in? They also sell cookie jars!