The Best Tap Houses (With Patios!) in the Sacramento Area

Sometimes, all you want is an ice-cold beer. But with so many amazing craft breweries in the Sacramento area, it can be hard to decide on just one. Instead, opt for a tap house. Unlike spots run by a single brewer, tap houses feature drafts from multiple breweries, so you can sample a variety of different suds. Hungry? Tap houses serve varied cuisine, ranging from pizza to pulled pork , so you can get your grub on at the same time. Plus, many are kid- and dog-friendly!

With COVID-19 closures in flux, some tap houses are only open for to-go orders. But the following spots have outdoor dining patios, which, at the time of this writing, were open for guests. So, take your pick of some of the best tap houses with patios in the Sacramento area! 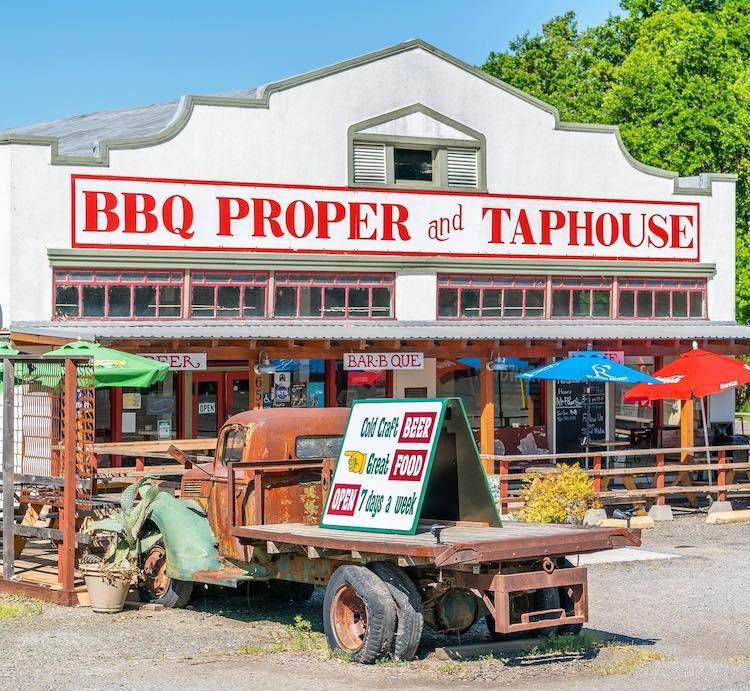 Located just past the Old Sugar Mill in Clarksburg, Husick’s Taphouse calls itself “a beer and BBQ oasis in a sea of great wine.” Housed in a former general store, the space has a huge outdoor patio and more than a dozen beers on tap, most from the Sacramento area. The menu features barbecue dishes like tri-tip, ribs and hot links as well as Southern sides like Coca-Cola baked beans, collard greens, and maple cornbread pudding for dessert.

You can bring the kids (and the dog!) to this friendly neighborhood spot in Tahoe Park. They serve more than a dozen beers on draft from across California, and have a large selection of cans to go. It’s a popular spot for breakfast, with dishes like chicken and waffles, a smoked trout bagel sandwich and donut holes with caramel and bacon. 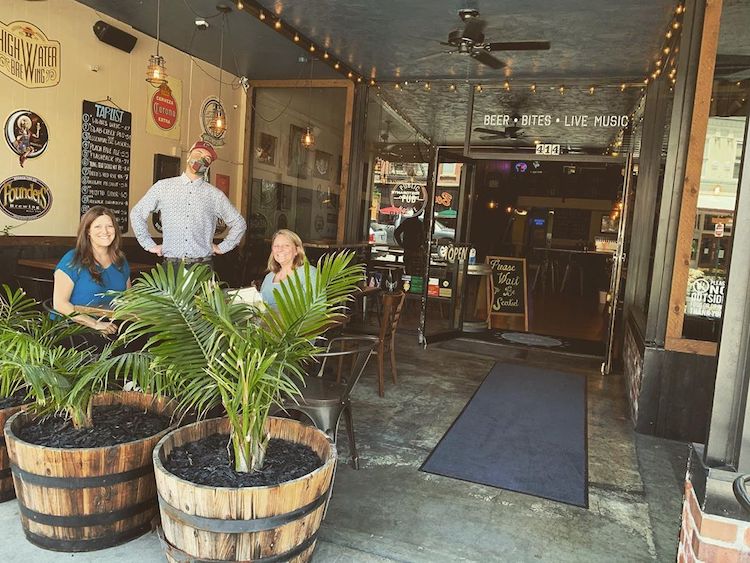 Located in downtown Placerville, this tap house not only has a large selection of hard-to-find beers, it also has hard cider, kombucha, and wines from area wineries. Their food menu features traditional pub fare as well as dishes made from local, organic ingredients, such as a Korean beef Buddha bowl, balsamic veggie sandwich and cilantro lime shrimp tacos. 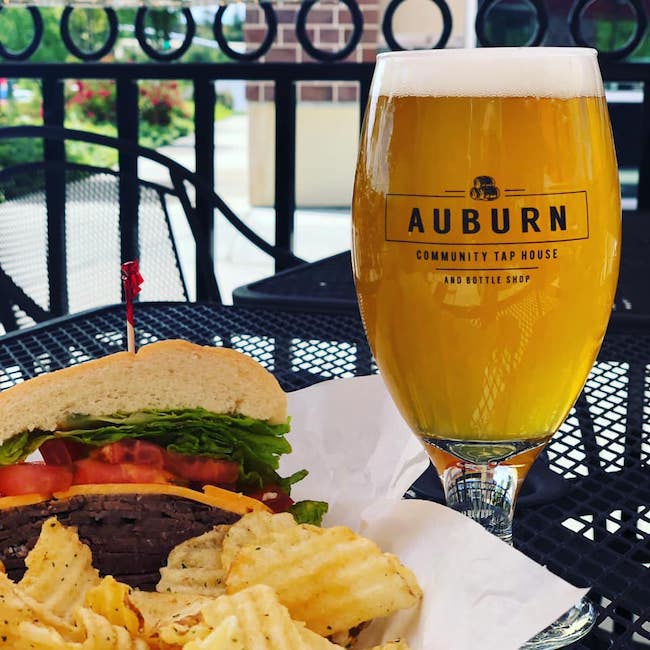 More than a dozen beers are on draft at this casual neighborhood pub in Auburn. The American-centric menu features staples like burgers and dogs, as well as sandwiches and snacks like gourmet potato chips and pretzel bites. There’s also a bottle shop onsite if you’re looking to take home some brews. 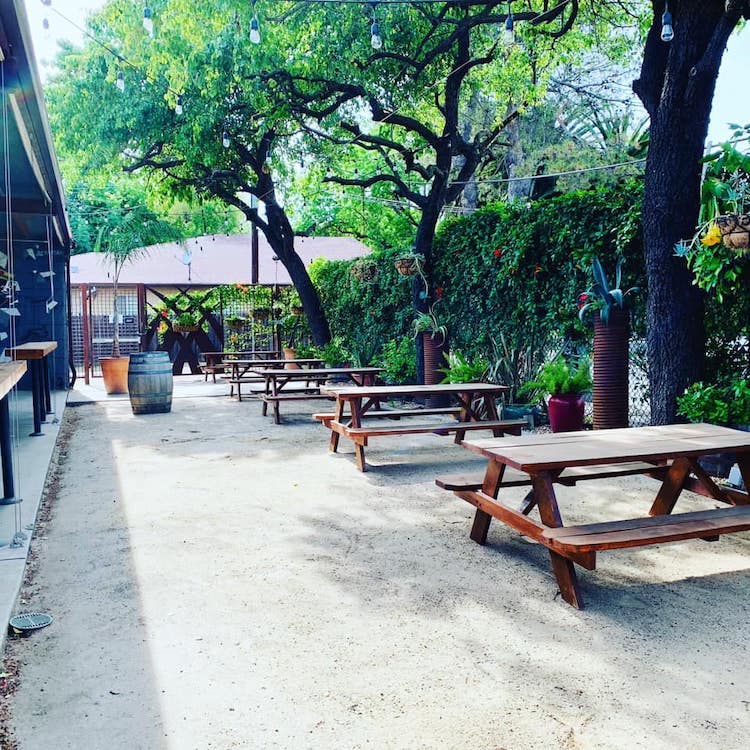 With a large patio big enough for the whole gang (from the same household, of course), this Curtis Park tap room is a great hangout spot. Dozens of beers are available on tap, including nitro stouts, sours and pilsners. Food-wise, they are known for their wood-fired pizzas, with choices like prosciutto and fig and pesto chicken. 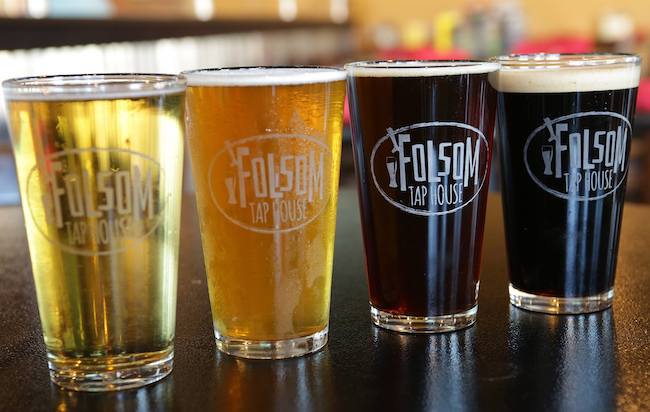 This casual sports-themed bar and grill in Folsom has nearly two dozen beers on tap, as well as bottled beer, wine and cocktails. The menu features upscale pub fare like burgers, sandwiches and salads, as well as apps like fries and nachos. Plus, they have a dog-friendly patio! 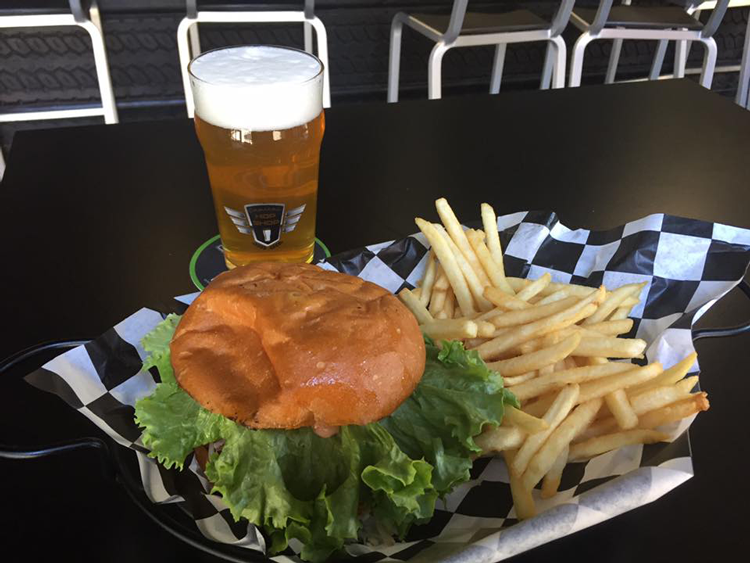 This downtown hotspot has more than 30 beers on tap, ranging from hazy IPAs to oatmeal stout. Hungry? You can also indulge in their comfort food menu, which includes dishes like pulled pork fries with beer cheese sauce, brie burger with onions and habanero aioli, or a BLT with avocado cream.

If you’re craving barbecue along with your beer, this friendly spot in East Sacramento is a good choice. Dozens of unique beers, ciders and wines are available on tap, from California and beyond. The barbecue menu changes daily but includes smoked chicken, brisket and pulled pork. Best of all, they have an expansive patio with picnic tables and umbrellas.