The Best Places to Go Tubing & Rafting Near Sacramento
July 17, 2020

The Best Places to Go Tubing & Rafting Near Sacramento

There’s a reason Sacramento is known as the River City — it’s surrounded by rivers! Both the Sacramento River and the American River hug the city and its surrounding areas, meeting up at Discovery Park near Old Sacramento. In addition, the greater Sacramento area has dozens of smaller rivers and creeks, most of which begin high in the Sierra and make their way down to the valley.

What this means for adventurous types (or those just looking to cool off!) is that there are plenty of spots where you can enjoy the area’s waterways. A day on the water is one of the must-do summer traditions in Sacramento, and there’s no better way to go about it then on a tube or a raft. Whether you’re interested in adrenaline-filled whitewater adventures or a lazy float, there are several options for tubing and rafting near Sacramento. 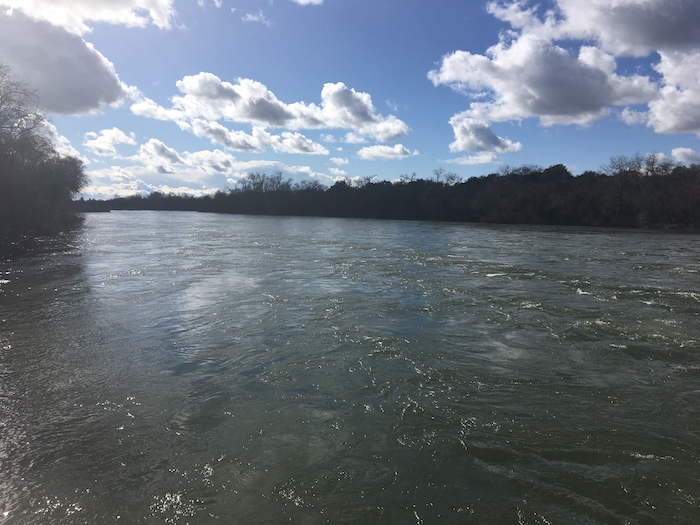 The American River is perhaps the most renowned destination for tubing and rafting in the area. In fact, Thrillist included it amongst the best rivers in America for tubing! There are plenty of ways to travel down the infamous American River, whether it’s via kayak, canoe, tube or raft.

There are dozens of spots on the American River to choose from, but one of the more mellow stretches begins at the Sunrise Recreation Area and goes to River Bend Park. You can bring your own tube or rent one from American River Raft Rentals in Rancho Cordova. This stretch is super chill, so you don’t need a guide.

At nearby River Rat Raft & Bike in Fair Oaks, you can rent a raft for a splashy ride down the American River, hitting low-key rapids like the San Juan Rapids and Arden Bar Rapids. Or, you can make a day of it with a guided trip followed by a barbecue lunch. 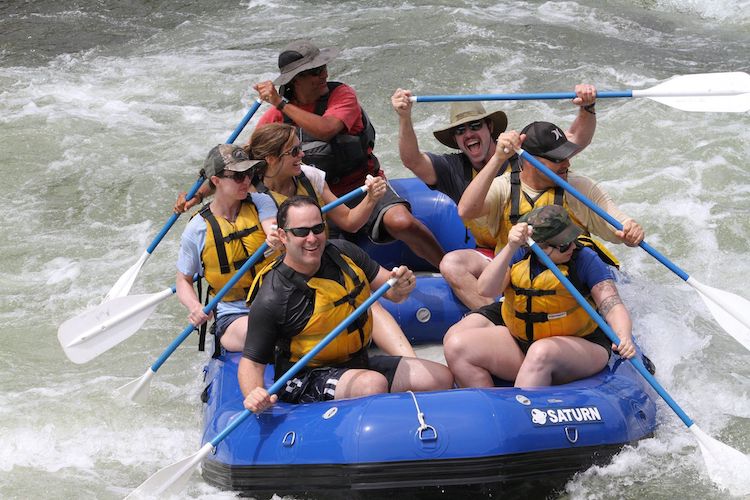 Located about an hour northeast of Sacramento, the South Fork American River offers a bit more adventure. This portion of the river offers more intense Class III rapids at Chili Bar, best experienced with a professional guide. There are numerous outfitters based in Lotus and Coloma in El Dorado County, including OARS, which has half-day and full-day trips, the latter of which includes a picnic lunch. They also offer two-day trips, where rafters sleep at their riverside campground. 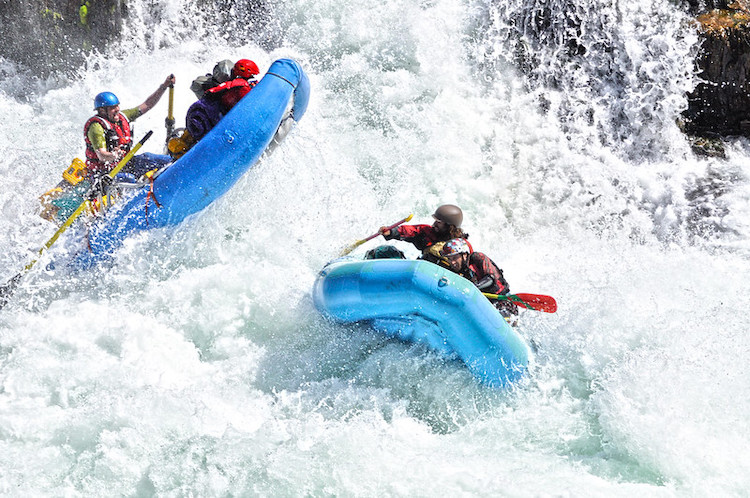 The Middle Fork American River is even more adventurous, providing Class IV rapids and the ultimate big drop at the Tunnel Chute, where the river descends into a narrow tunnel. Naturally, you’ll need a guide, such as American Whitewater Expeditions in Coloma, which offers single-day trips as well as multi-day trips that include the South Fork. 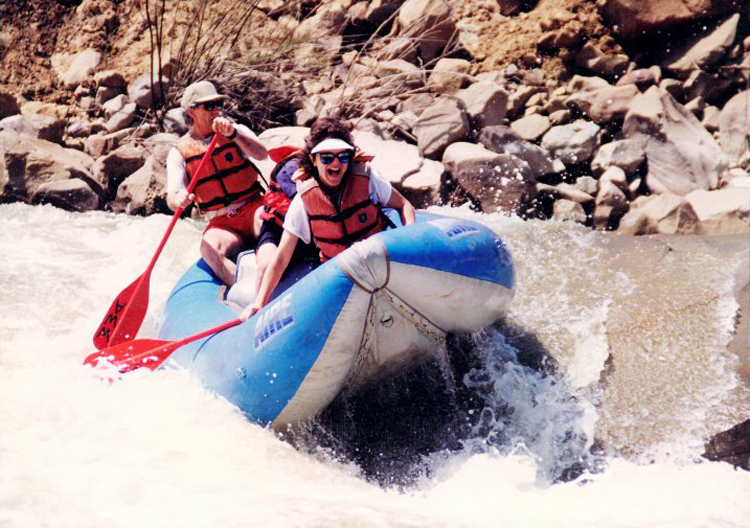 Upper Cache Creek begins in Clear Lake and winds through Yolo County. It’s mellow but thrilling, with Class II and III rapids and scenic Cache Canyon. You can bring your own raft, or go through a rafting company like Whitewater Adventures, which offers one-day and multi-day trips that include all meals and a nighttime disco dance party under the stars! 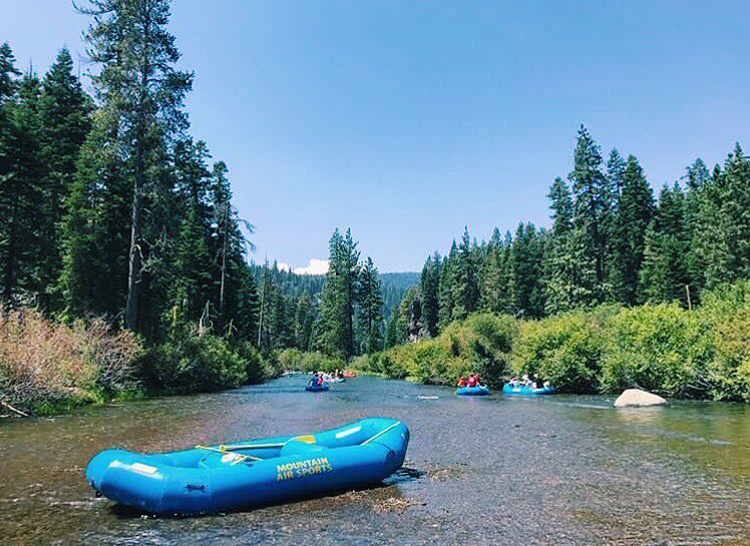 A bit further up the hill is the Truckee River, which flows out of the western shore of Lake Tahoe. The five-mile stretch beginning in Tahoe City in Placer County comprises quiet stretches, tranquil pools and exciting rapids, passing beautiful mountain scenery along the way. Truckee River Rafting can get you set up on your self-guided trip, providing the raft, paddles, life jackets and a shuttle ride back to your car. 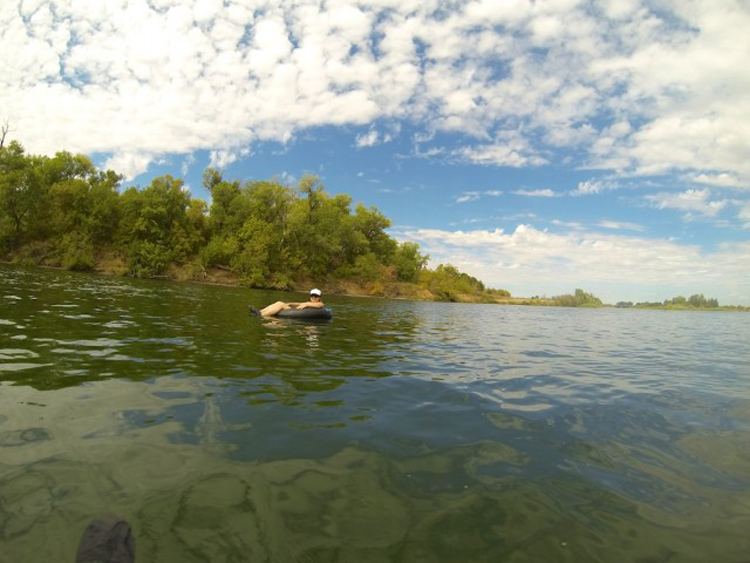 Although the Sacramento River near Chico is best known for its annual Labor Day float, you can also hit the water throughout the summer. You can bring your own tube and put in at the Irvine Finch Boat Launch to enjoy a mellow float downstream to Scotty’s Landing, where you can relax with a burger or cold beer.

May 13, 2022 Save on Gas With These Staycation Ideas Near Sacramento
May 6, 2022 Mochinut: Mochi Donuts ( & Traditional Donuts!) in the Sacramento Area