The Best Paved Bike Trails in the Sacramento Area
June 12, 2020

The Best Paved Bike Trails in the Sacramento Area

Sacramento is a biking town. After all, we have one of the most well-regarded bike trails in the nation — the Jedediah Smith Memorial Trail, more commonly known as the American River Bike Trail. But there are other bike trails in and around the greater Sacramento area (and beyond!) that don’t get as much attention. Whether you prefer challenging climbs or meandering paths, scenic vistas or urban cityscapes, there’s bound to be a paved bike trail that meets your needs, no matter where you live. Following are some of our top spots. 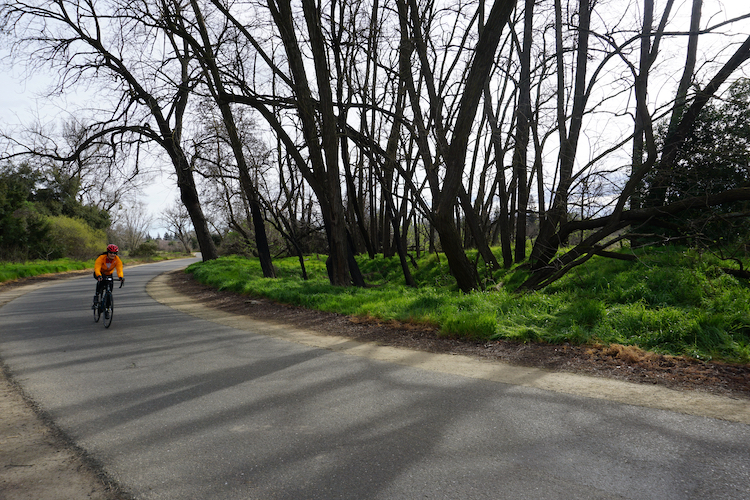 Stretching from Old Sacramento to the shores of Folsom Lake, this 32-mile paved trail has something for everyone. Close to Sacramento, the path is relatively flat and easily accessible, with access points at Discover Park, River Bend Park and the Sunrise Recreation Areas. The trail becomes more secluded and hilly as it continues east past Lake Natoma until its end at Beal’s Point at Folsom Lake. 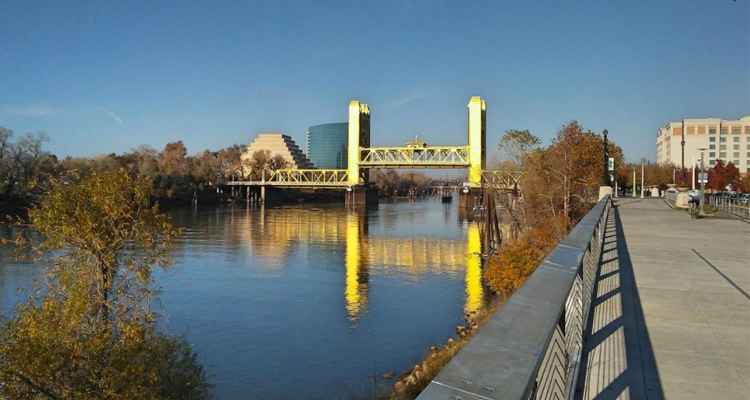 This ten-mile trail begins in Old Sacramento, hugging the edge of the Sacramento River all the way through the Pocket neighborhood. Along the way, you relax on the outdoor patio at Scott’s Seafood and enjoy the views.

This 15-mile long trail begins in Folsom, following the canal south past Sloughhouse all the way to the Cosumnes River.

At just over 7 miles long, this urban trail takes you along a creek in the heart of Elk Grove, with plenty of opportunities for wildflower viewing and bird watching. 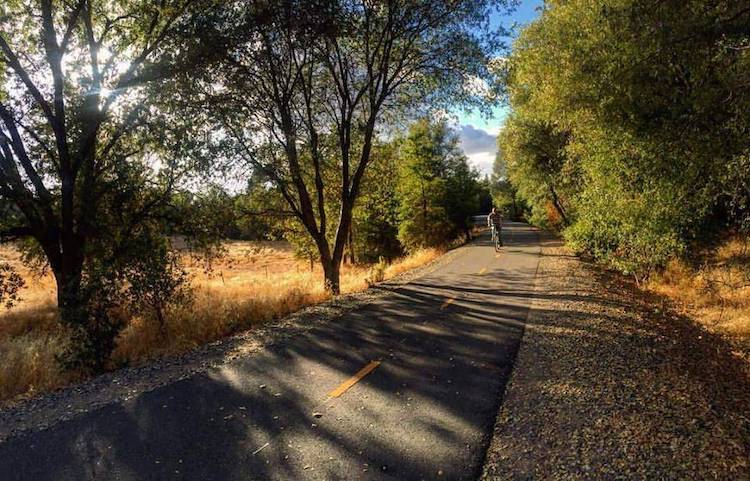 The paved section of this 35-mile trail connects the towns of El Dorado and Camino on a former railroad line. You can even make a pit stop in downtown Placerville for a bite to eat before continuing on your journey. 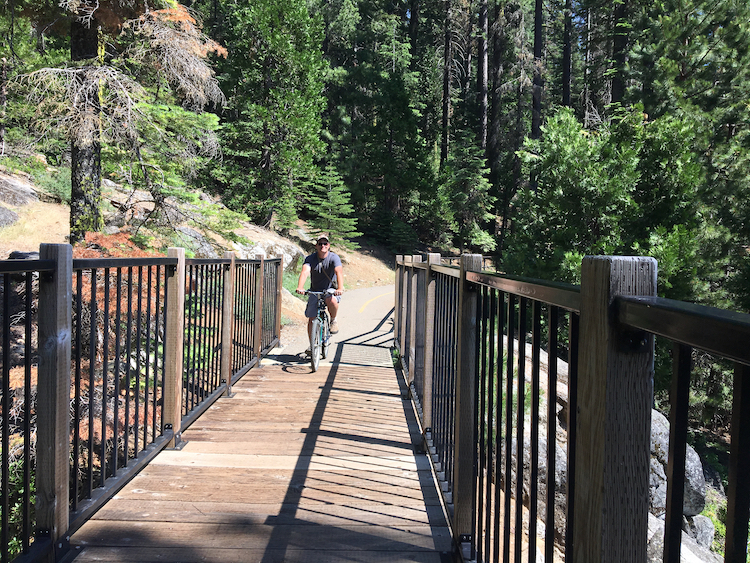 Further east up Highway 50 is the Union Valley Bike Trail, a six-mile lakeside trail in the Eldorado National Forest north of Kyburz. The scenic trail wends through campgrounds and picnic areas, with great views of the water. 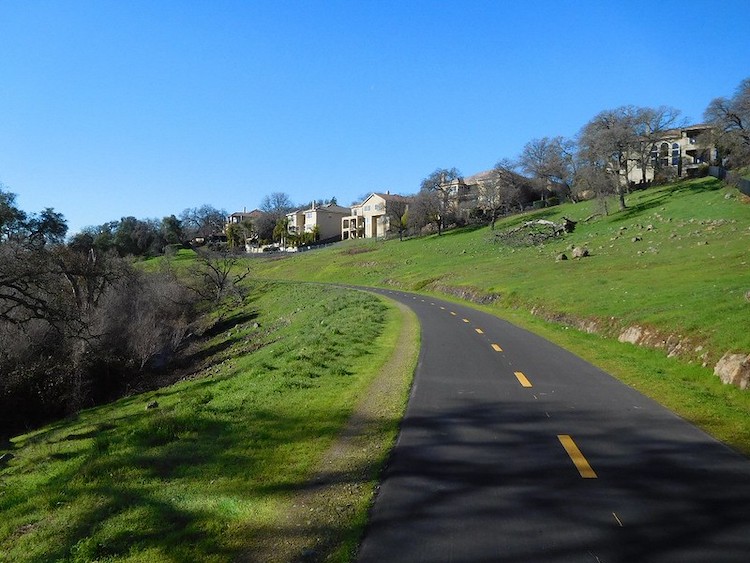 This popular trail in Roseville extends six miles along both Miner’s Ravine and Dry Creek, passing through residential areas and shopping districts. Side trails along the wooded greenway connect to neighborhood parks.

Lined with oak trees, this paved trail in Roseville is a little over five miles long. It connects several neighborhood parks, including a dog park 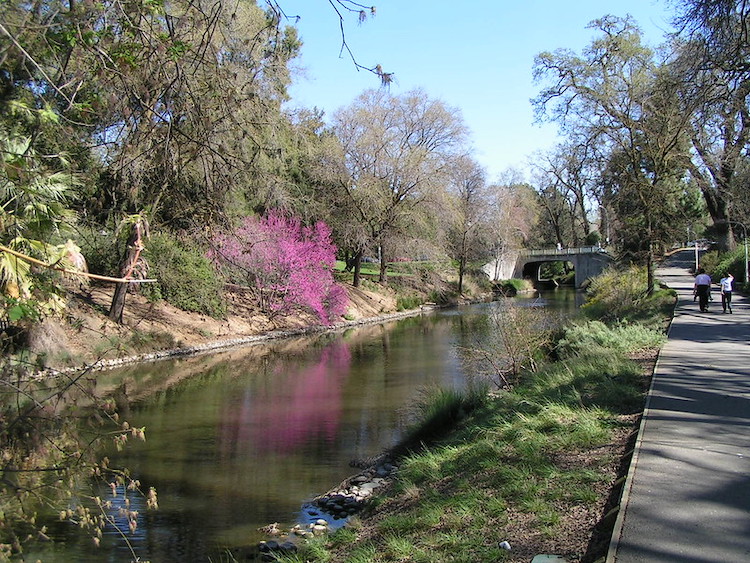 At just under four miles long, it’s not the longest trail around, but this trail in Davis packs a punch. It has thousands of species of trees and plants, as well as picnic areas.

Davis is known as a bike-friendly city ‑ in fact, it has one of the highest bike scores in the Sacramento area. Its series of greenways connect neighborhoods and parks via a series of paved bike paths.