17 Restaurants with Curbside Pickup in the Greater Sacramento Area
March 20, 2020

17 Restaurants with Curbside Pickup in the Greater Sacramento Area

As we’re all adjusting to our new normal, we’re finding ourselves spending a lot more time at home. But with that comes the struggles of increased domestic responsibilities, including meal prep. But sometimes you just want to let someone else do the cooking for you. Although restaurants in the greater Sacramento area have closed their dining rooms, many are offering takeout. Better yet, some offer curbside pickup, so you can keep your family fed and safe at the same time. Following are restaurants where you can pick up a to-go order without leaving the comfort of your car. 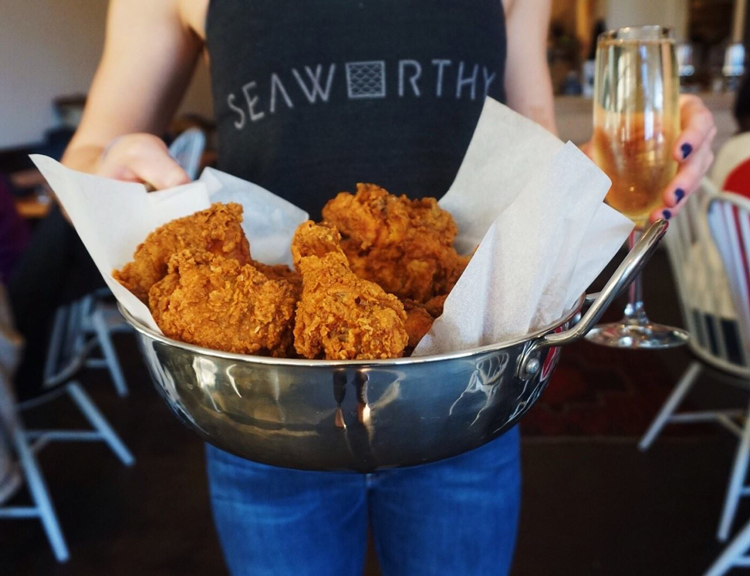 Craving some comfort food? Fried chicken is the ultimate comfort food, and at South in Southside Park, they do it right! They have a limited menu available for curbside pickup, which includes chicken (of course!), fried catfish, barbecued shrimp and other Southern goodies, plus sides like biscuits and mac n cheese.

Although Yolo County was the first county in the greater Sacramento area to issue shelter-in-place orders, you can still pick up dinner! At Morgan’s on Main  in Woodland, you can order American dishes like burgers, sandwiches and soups. You can also enjoy happy hour at home with bites like calamari and wings alongside bottled beer and wine to go.

For farm-fresh dishes with an upscale spin, head to The Farm Table in Placerville. Although they have limited hours for pickup, they still offer the same great food, such as grilled panini and salads for lunch, and steaks and pasta for dinner. They even serve house-made desserts such as tiramisu and crème brûlée.

With two locations in the greater Sacramento area, including Folsom and Roseville, Lazy Dog Restaurant is sure to be a favorite spot for curbside pickup. The expansive menu features American dishes with an international twist. Popular items include burgers, ribs, pot pie and meatloaf. There are also lighter options, such as salads and vegetarian choices.

Monkey Cat is an upscale eatery in Auburn that has transitioned to curbside pickup. Although the takeout menu is more limited than its dine-in menu, it still features great food, such as grilled meat and seafood, pasta, sandwiches, and an organic, grass-fed burger. You can even pick up their popular tomato blue cheese soup and wine to go! 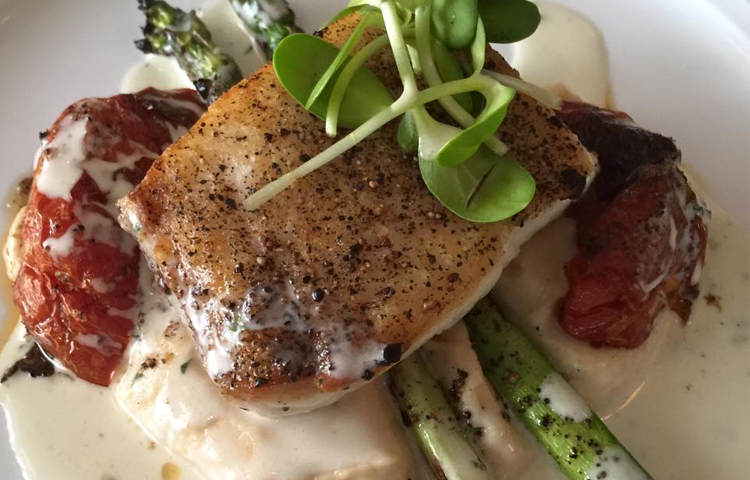 Elk Grove’s Boulevard Bistro is a top-rated restaurant that is now serving curbside takeout Tuesdays through Saturdays. The pre-set menu features several offerings each day, with items such as swordfish & mussels, leg of lamb, fried chicken or duck confit. They meant to serve a family of four and include sides such as veggies and potatoes.

If you’re looking for an upscale American meal, head to Sienna Restaurant in Roseville or El Dorado Hills. The curbside takeout menu features dishes entrée salads, sandwiches and pasta. They also offer a family meal, which includes your choice of family-size entrée, side, dessert and bread. You can even pick up a bottle of wine to go along with your meal. 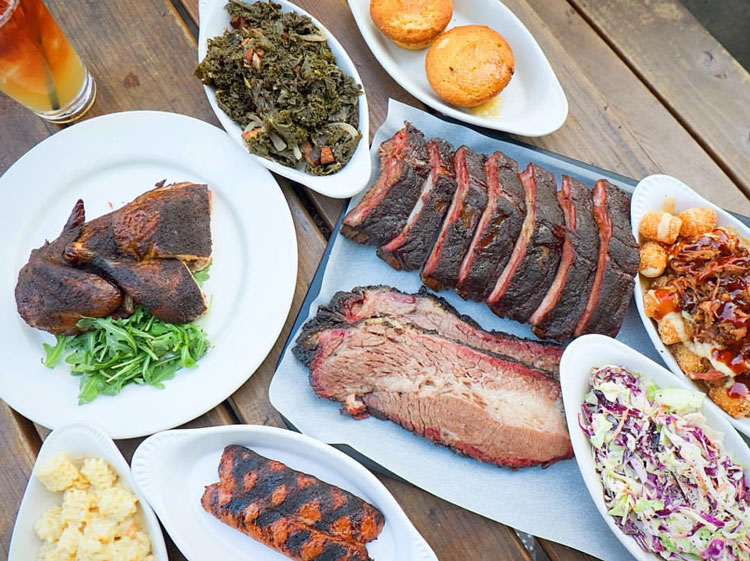 Hankering for some barbecue? Then head to Midtown to pick up some grub from Tank House. Ribs, brisket, chicken, pulled pork — no matter your craving, you can find it here. You can also get classic barbecue sides such as mac & cheese, cornbread, tater tots and greens.

Longstanding Vietnamese-Thai eatery Lemongrass in the Arden-Arcade neighborhood is still dishing out its classic Asian flavors. You can get rolls, noodles, rice, curries and stir-fry without having to leave your car! Or, try their renowned grilled Thai cowboy steak or lemongrass-marinated grilled prawns, or warm up with a steaming bowl of pho on a chilly spring night. 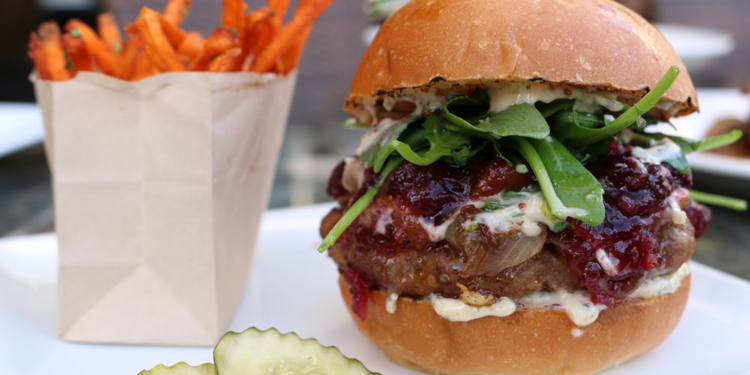 Bella Bru is more than just a coffee shop. This local outfit — with locations in Natomas, El Dorado Hills and Carmichael — also has a full menu, which is now available for takeout. For breakfast, start with an omelet or burrito. For lunch, try the tuna melt or Cobb salad. For dinner, order the Cuban nachos or French dip.

If you’re craving a burger, head to Islands Restaurant in Folsom or Roseville to get your fill! They specialize in gourmet burgers with toppings like guacamole, queso, pepper jack and teriyaki. They also have tacos, salads, sandwiches and appetizers like nachos and wings. You can also get shakes, smoothies and other desserts to go. 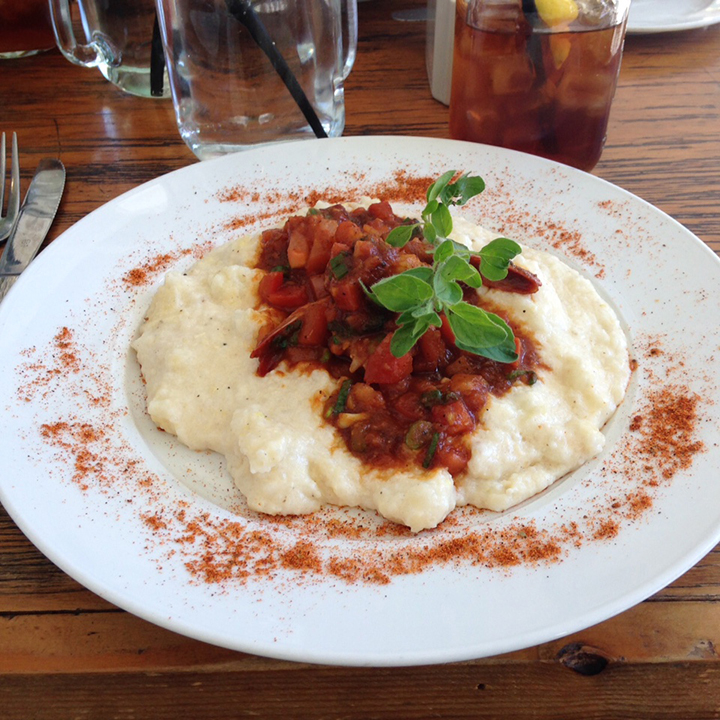 From fried green tomatoes to shrimp & grits, The Porch in Midtown specializes in southern classics with a refined twist. You can even order family-style fried chicken along with all the sides, like skillet cornbread and collard greens. They offer curbside pickup Wednesdays through Sundays.

If a quick & easy dinner means ordering pizza, Skipolini’s is a great choice, as they have locations in both Rocklin and Folsom. You can build your own pie or order one of their specialties, like pesto primavera or barbecue chicken. If you to be expecting, you can also order their world-famous Prego Pizza, its salami, pepperoni, onions and garlic said to encourage labor.

If you’re not willing to put your gourmet palate on hold, then head to Canon in East Sacramento for some top-of-the-line takeout with curbside pickup. With a Michelin Bib Gourmand recognition under its belt, Canon is still turning out high-end fare like crispy lamb pavé with pickled raisins and carrots and prime ribeye steak with mustard soubise and grilled spring onion. 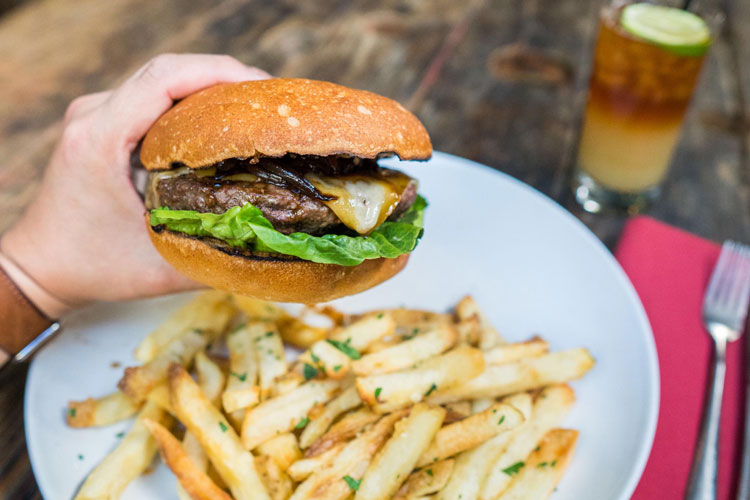 With a focus on seasonal, farm-to-table cuisine, Hook & Ladder in Midtown has revamped its menu for its takeout diners. Family dinners serve four and include your choice of meat (chicken or ribeye), roasted veggies and salad. You can also order individual plates like brick chicken, steak frites and gnocchi. Best of all, you can order beer and wine to go too!

Located in Carmichael, Skip’s Kitchen is a casual neighborhood eatery that specializes in comforting, homestyle American food. You can indulge in fried mac & cheese balls or mini beef Wellingtons, then move on to indulgent burgers and fries. If you’re trying to lighten up, no worries, they also have entrée-sized salads like spinach-arugula and grilled Caesar.