The Best Vegan Burgers in Sacramento

There’s nothing more American than biting into a thick, juicy burger. That is, of course, unless you don’t eat animals or animal products. But there’s no reason vegans shouldn’t be able to enjoy the unofficial food of backyard barbecues and drive-throughs. Veggie burgers have come a long way since their introduction in the United States in the early 1980s. Today’s vegan burgers are made with ingredients ranging from rice and beans to isolated plant proteins designed to look and taste like meat.

Once relegated to only natural food stores and vegetarian restaurants, vegan burgers have hit the mainstream. They can now be found on the menus of some of the most popular restaurants, as well as fast-food chains. Even the most devout carnivores will find today’s vegan burgers to be as satisfying as the beef variety. Following are places that serve vegan burgers in the greater Sacramento area. 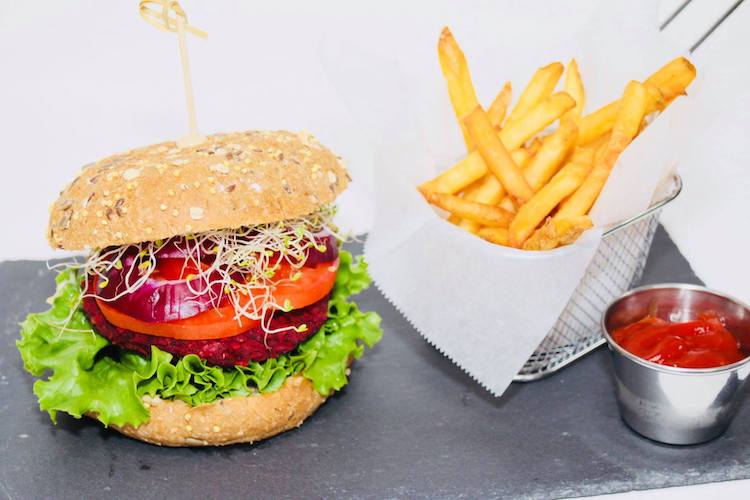 Vegan Plate in Roseville is an Asian fusion eatery that is 100 percent plant-based. Dishes include items such as dumplings, rice bowls and noodles, but there are also vegan burgers on the menu, including the BB Burger, made from beans and beets. Those with specialty diets will find separate menus dedicated to oil-free and gluten-free options.

Real organic food is the hallmark of this award-winning vegetarian restaurant in Auburn. The menu has a comfort-food slant and includes two vegan patty options: a Beyond Burger patty or a house-made patty made from quinoa, lentils, beans and seeds. You can have it served up on a gluten-free or pretzel bun with toppings such as cashew cheese, mushrooms, caramelized onions or barbecue sauce. 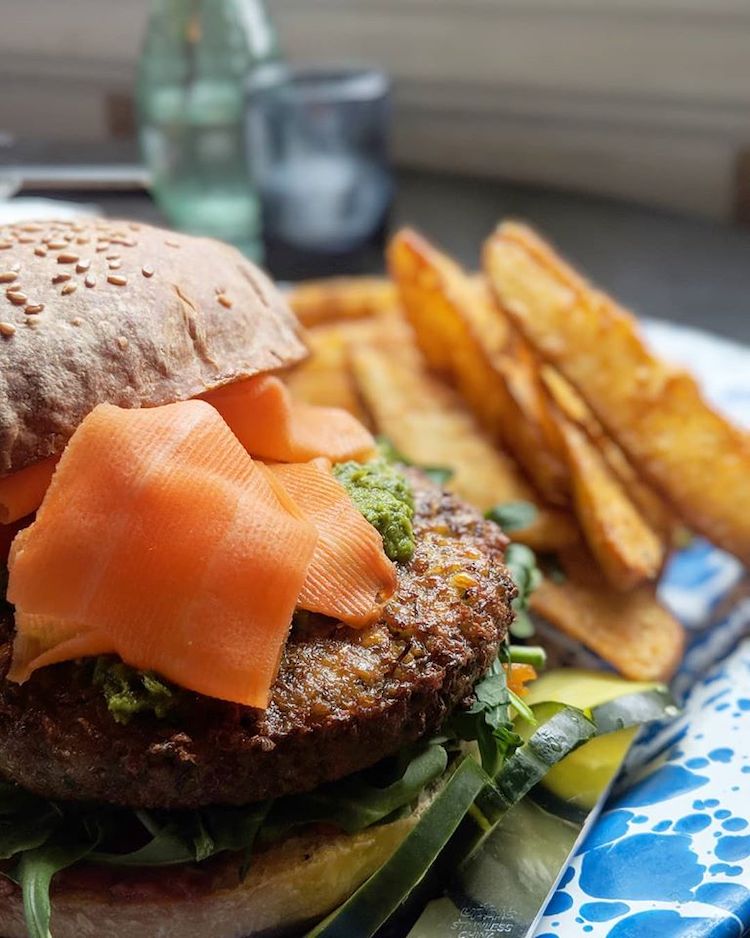 This casual vegetarian eatery in midtown Sacramento prides itself on its healthy, sustainable, plant-based food. The seasonal menu showcases locally-grown produce and includes falafel burger made in-house from chickpeas and lentils. It’s topped with mint chutney, tomato chutney and pickled carrots for that perfect crunch.

Housed in a historic brick building in downtown Placerville, this casual American eatery has all the comfort food staples: burgers, sandwiches, steaks and seafood. There are two vegan burger options available: a Beyond Burger patty or a quinoa burger served with avocado, lettuce, tomato and onion on a wheat bun. 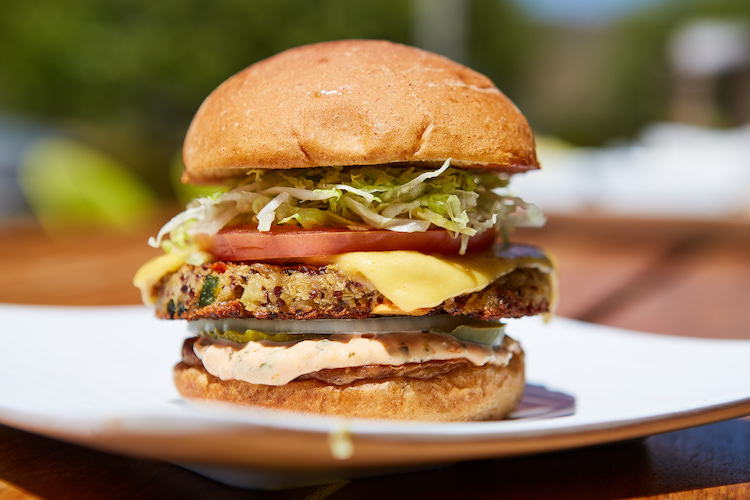 While Burger Lounge isn’t a vegan restaurant, they do offer vegan options for those seeking a cruelty-free bite to eat. They serve a 100 percent plant-based organic quinoa burger, with vegan cheddar cheese and all the fixin’s. You can wash it all down with a house-made hibiscus lemonade or lavender-mint lemonade.

Having begun as a stand in the Golden 1 Center, Burger Patch now has its own eatery in midtown, and a new location to open soon in Davis. The all plant-based fast-food joint has Beyond Burgers and “chick’n” sandwiches. You can even order a dairy-free, nut-based milkshake to wash it all down. 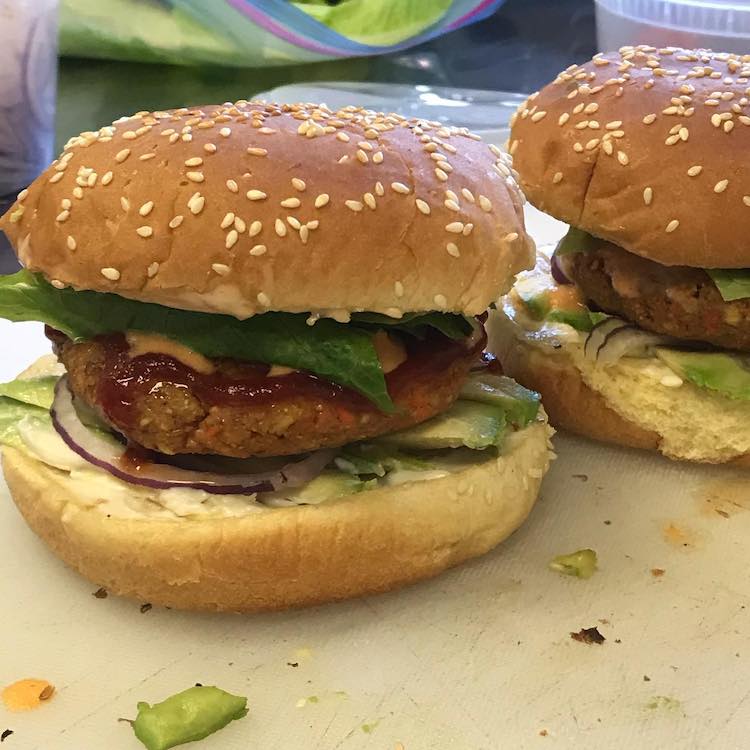 One of the only organic, plant-based eateries in the area, Brick House Café in Folsom features smoothies, juices, açaí bowls and salads. But by far their house-made nutty burger is the most popular item. It’s seared in coconut oil and topped with Vegenaise and a house secret sauce. There’s also a barbecue version.

Plant-based salads, wraps, bowls and burgers are the mainstays of Zest in Rocklin. Many of the ingredients are made in-house, from the cashew-based cheese to the smoky coconut bacon to the creamy nut and seed butters. The vegan burger is made from sprouted beans and fresh veggies, and served with “cheese” sauce on your choice of bun. 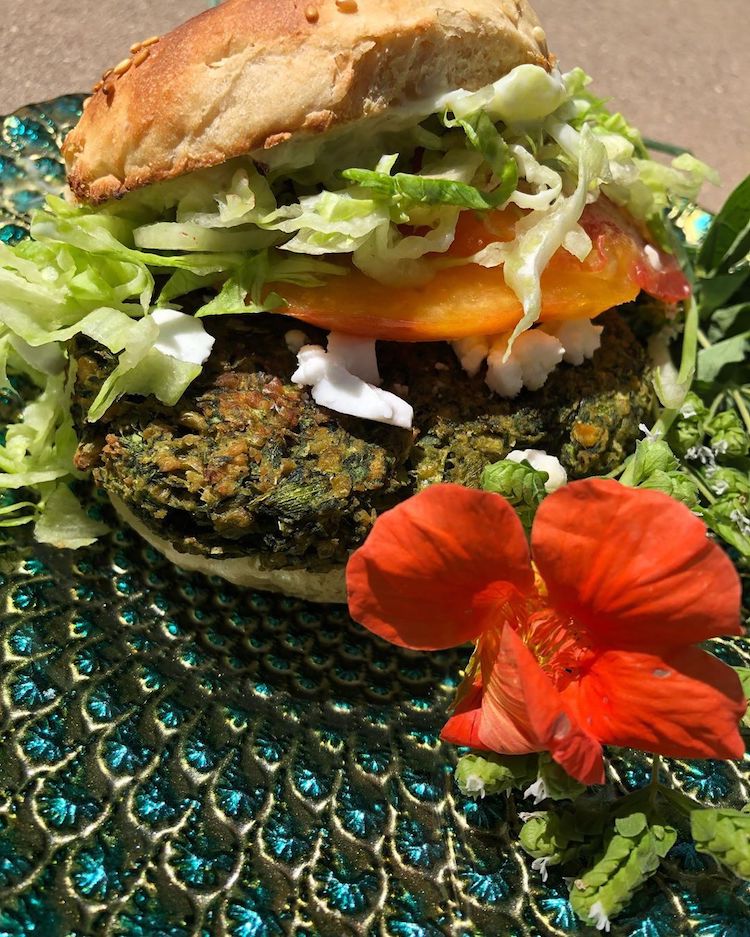 This cozy New Orleans-style café in downtown Nevada City is known for its local, organic ingredients. They have an extensive breakfast menu, much of it vegetarian, as well as burgers and sandwiches for lunch. The house-made veggie patty is served with veggie-friendly toppings such as Vegenaise and tempeh bacon.

Suzie Burger is a retro-style burger joint known for its burgers and cheesesteaks. But they’ve added vegetarian and vegan options to the mix, so non-meat eaters can satisfy their comfort food cravings too. The vegan burger uses an Impossible patty topped with vegan mayonnaise and vegan mozzarella, served atop a vegan bun.

September 28, 2022 Spend a Perfect Day in Apple Hill
September 14, 2022 The Best Spots for Family Photos in the Greater Sacramento Area