Top Rated (and Affordable!) Restaurants in the Sacramento Area
September 17, 2019

Top Rated (and Affordable!) Restaurants in the Sacramento Area 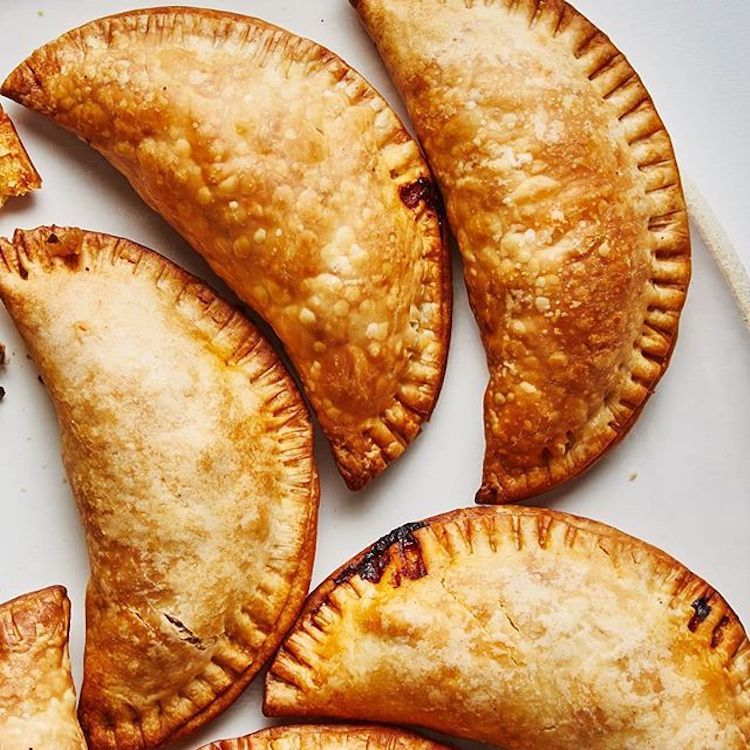 This refined yet unpretentious restaurant in El Dorado Hills is known for its seasonal fare. Menu items run the gamut and focus on sharable small plates (including a build-your-own charcuterie board), burgers, sandwiches and weekly specials such as lobster empanadas. 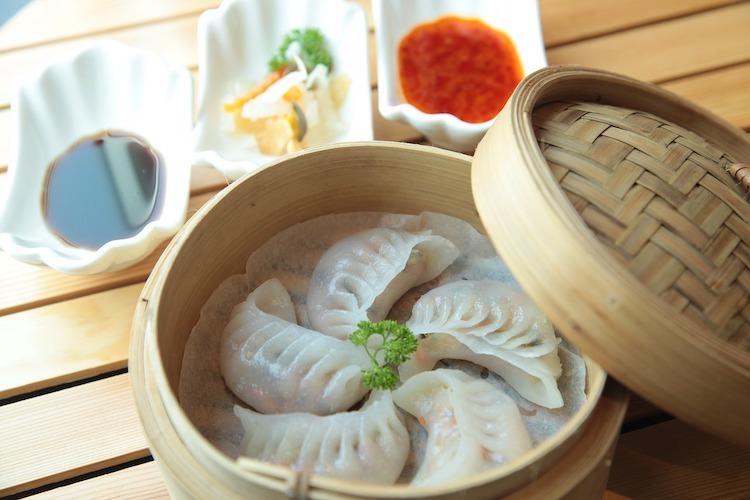 This no-frills Chinese joint in Cameron Park has all the expected dishes: sesame chicken, beef with broccoli and sweet and sour pork. But it also has a selection of authentic, hand-wrapped Chinese dumplings with fillings such as kimchi & pork, chicken & corn and pork & chive.

Located in historic Placerville, this casual eatery offers burgers and sandwiches all made from free-range, grass-fed, hormone-free meats and organic produce. Daily specials are the way to go, and often include dishes such as grilled salmon, elk burgers and veal meatballs. 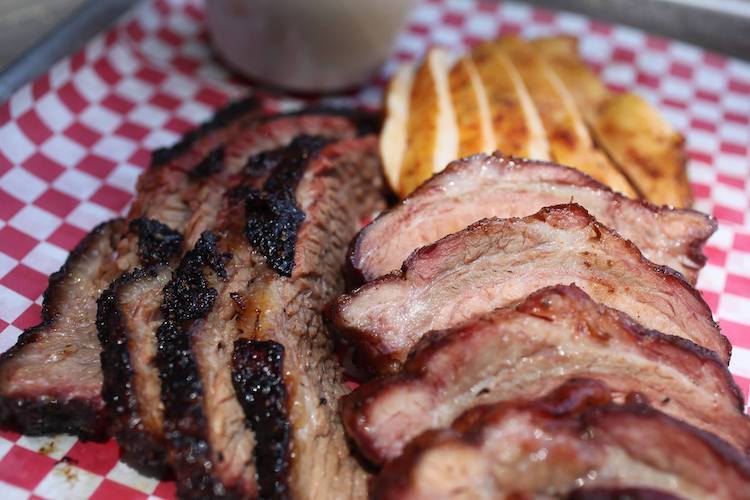 This kick-back, unassuming barbecue joint in Placerville draws meat aficionados with its tender, slow-smoked brisket, ribs, chicken and pulled pork. Add a side of cornbread or potato salad and finish it off with a four-berry cobbler. 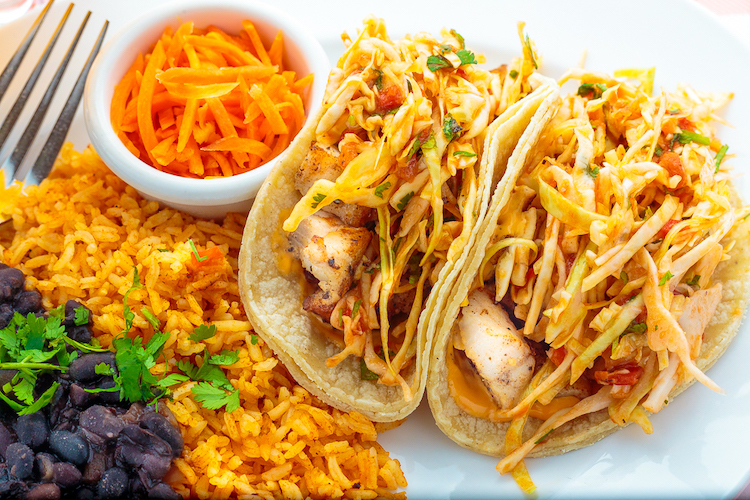 Looking for a taste of the tropics? Head to this sunny Caribbean-themed eatery in Auburn. Dishes include fish tacos, burritos, and entrees such as passion fruit pork ribs, salmon with fruit salsa and jambalaya. Wash it all down with a house-made limeaid!

A former Foster’s Freeze, this casual eatery takes burgers and shakes to a whole new level. The menu is what you’d expect, with handcrafted burgers, hot dogs and chicken sandwiches. The dessert menu is the real kicker, with shakes, sundaes and twisted soft serve featuring flavors such as campfire s’mores and banana cream pie. 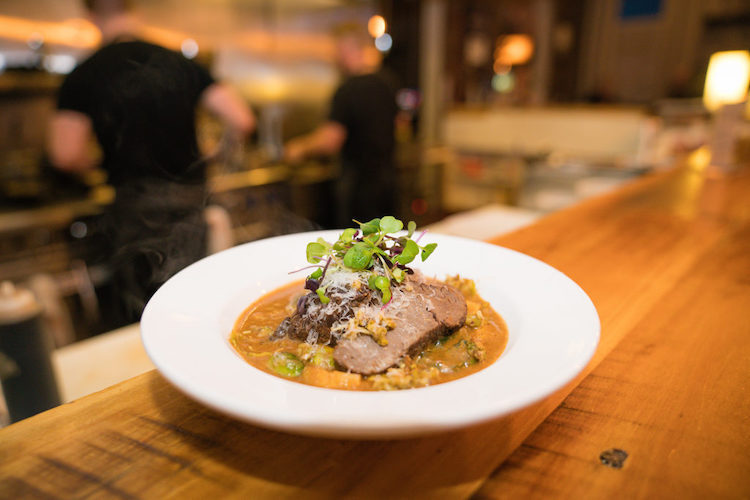 This inviting restaurant in Rocklin offers seasonal farm-to-table cuisine at affordable prices, with many of the ingredients produced locally. Menu items include dishes such as blistered shishito peppers with stone fruit, pan-seared halibut with creamed corn and filet mignon with orange glazed pork belly.

This family-run breakfast and lunch spot in Roseville prides itself on its down-home comfort food. Breakfast items include the usual omelets, Benedicts and egg dishes, as well as bacon and sausage stuffed pancakes and mango-stuffed French toast. Lunch features sandwiches, salads and burgers. 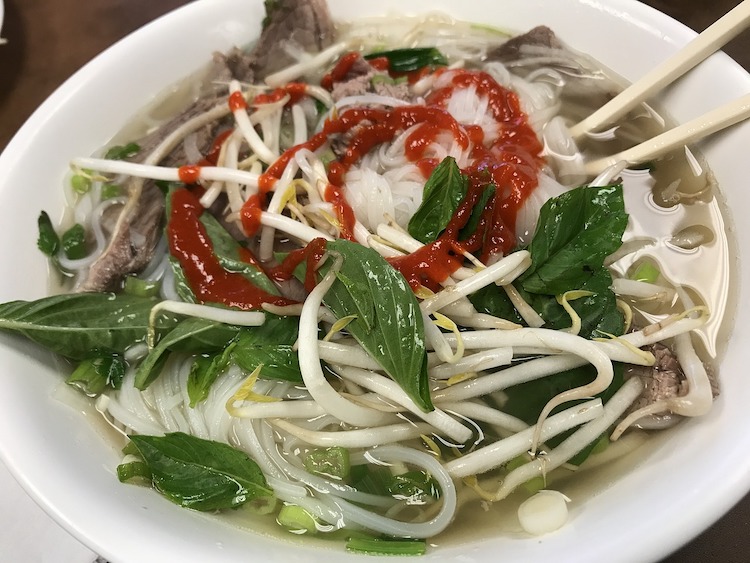 Traditional Vietnamese is the name of the game at this tiny shop in Rocklin. In addition to the namesake beef noodle soup, you can also fill up on rice plates, vermicelli plates, banh mi and stir fry. There’s also a large selection of smoothies and milk tea. 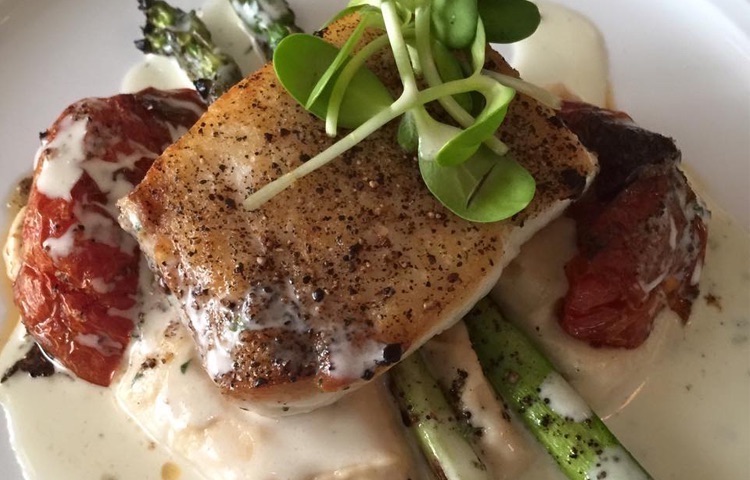 Local, seasonal California cuisine is the hallmark of this elevated restaurant in Elk Grove. Starters include steamboat oysters and grilled bone marrow, while mains include pan-seared salmon with beurre blanc, beef bourguignon and duck confit with white bean cassoulet. There’s also a large selection of wines produced in the nearby foothills.

Nashville-style hot chicken takes center stage at this Citrus Heights eatery. Spicy fried chicken tenders are sandwiched between buns and topped with slaw and pickles. You can choose your heat level — from mild to “call 911.” 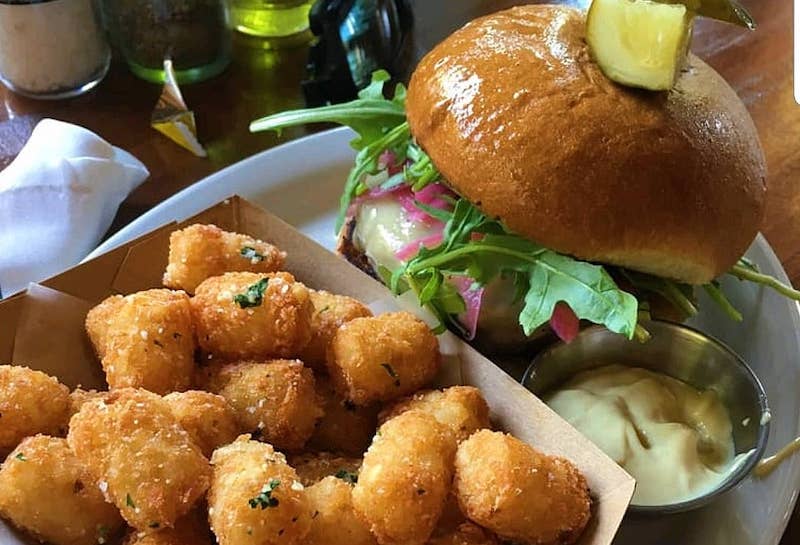 Located in old Folsom, this family-friendly eatery is known for its elevated pub fare such as parmesan tots, fried Brussels sprouts and burgers. But they also have a selection of more refined dishes, such as roasted salmon with fingerlings and New York steak with potato au gratin.

This takeout spot in Fair Oaks has been serving its vegetarian cuisine since 1978! Everything is made in-house with all-natural ingredients, from the burger patties to the soups, sauces and salad dressings. Popular choices include the nutburger, nutty vegan taco and mushroom millet sandwich. 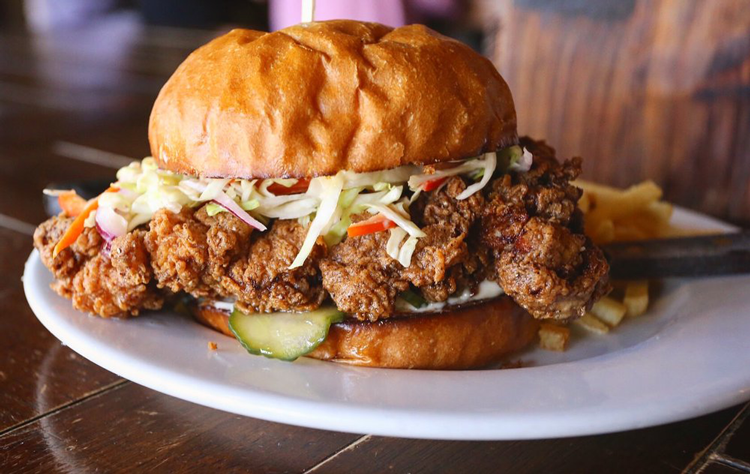 Though mostly known for their selection of craft brews, Pangaea is also an affordable choice for a high-quality meal. The menu can best be described as gourmet pub fare, with dishes such as fried chicken sandwich, curry spiced rock fish, sautéed garlic mussels and filet with fingerling confit.

This quaint café brings a taste of France to East Sacramento. Popular items include fresh salads and baguette sandwiches as well as quiche, smoked salmon with lentils and croque monsieur. Several French wines are available by the glass, and desserts include crème brulee and chocolate mousse.

At one point the highest rated restaurant in all of Sacramento, this casual French café doesn’t seem like much at first. But one bite (slurp?) of chef Edward Stoddard’s soup and you’ll see what the hubbub is all about. French onion, cream of mushroom, crab bisque — you can’t go wrong, no matter what you choose. 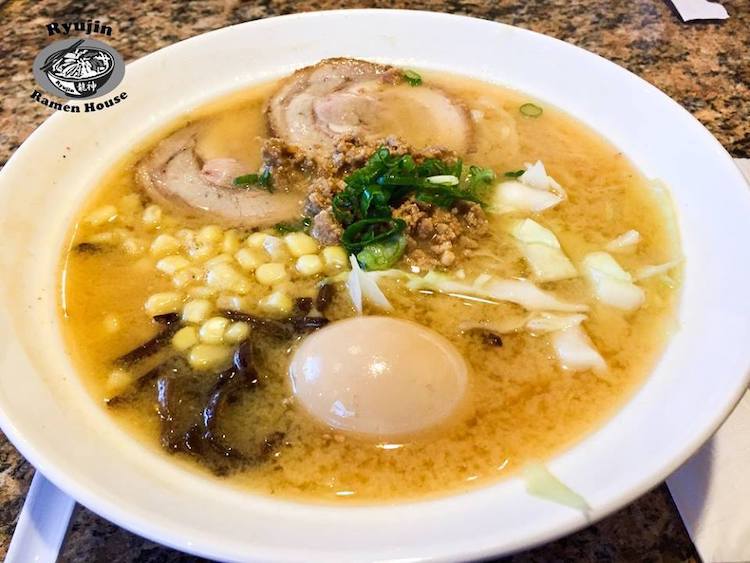 Craving a steaming, salty, rich bowl of noodle soup? Head to this simple ramen shop in midtown Sacramento. From tonkotsu to shoyu, miso to shio, the pork, egg and veggie-topped ramen will leave you satisfied. 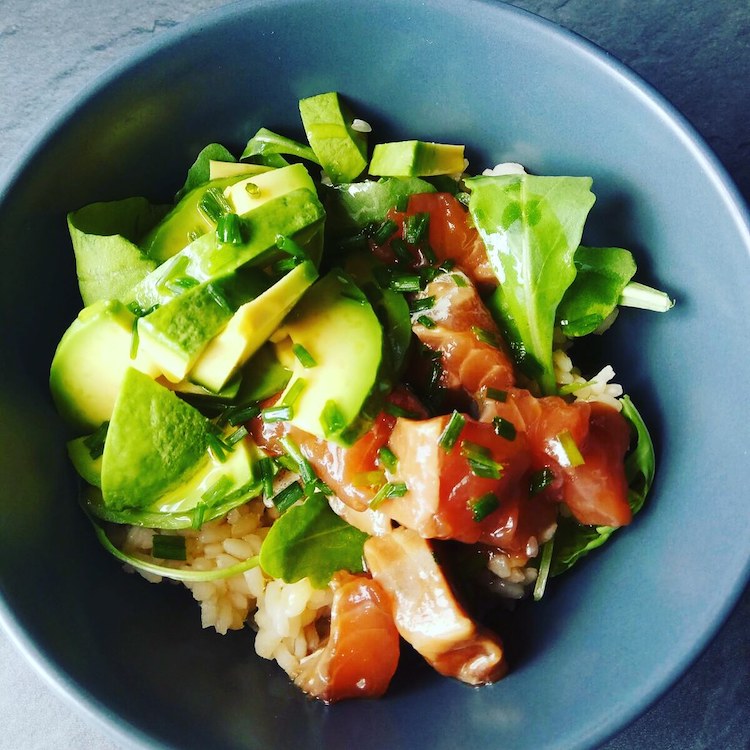 Ahi or hamachi? Ponzu or miso? You can build your own poke bowl at this popular Davis eatery. Or, if you’d rather go with one of the signature bowls, you can chose from salmon truffle, Hawaiian rainbow or vegan pokecado. Follow it up with a slushy, boozy Lush Ice in flavors such as coconut or Hawaiian punch.

Shawarma, kabob, falafel, hummus — this Davis institution has all the classic Mediterranean dishes and then some. Ingredients are fresh and flavorful, served up in generous portions, and all for under ten bucks. They even have baklava if you’re craving a sweet treat. 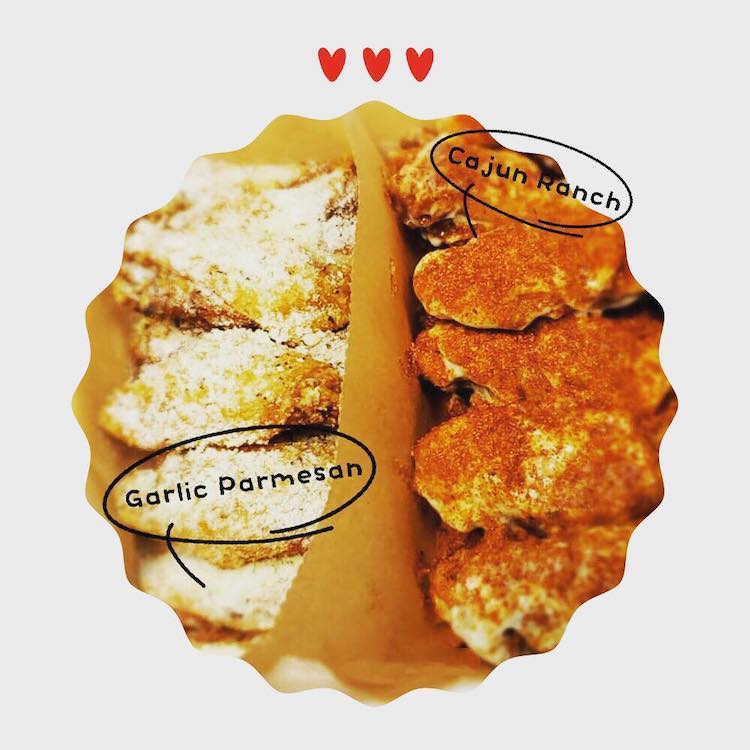 Photo courtesy Wings Plus Plus

This colorful, unassuming hole-in-the-wall in West Sacramento has earned a cult following for its tasty chicken wings. More than a dozen flavors are available, including Cajun ranch, lemon pepper and garlic parmesan, which can be paired with fries or onion rings. You can also cool your palate with a fruit smoothie or boba drink.

If you’re craving classic diner fare, then head no further than to this casual spot in West Sacramento. Dishes are what you’d expect — omelets and scrambles for breakfast, sandwiches and burgers for lunch — but the ingredients are fresh and the portions are huge. 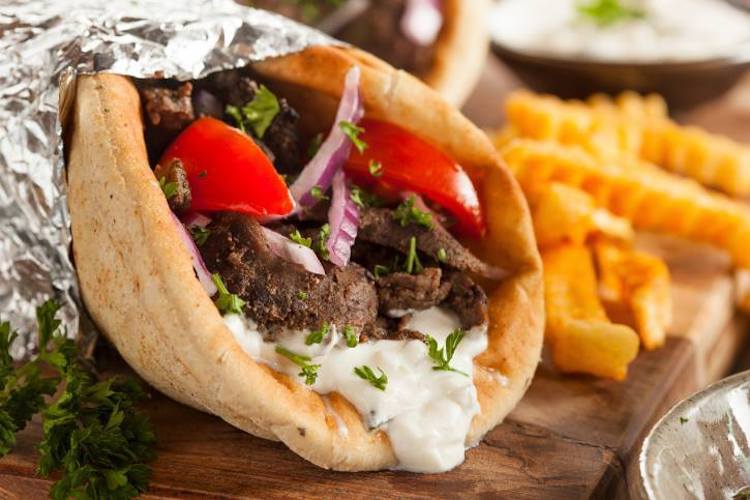 Casual Mediterranean cuisine is the draw at this Woodland eatery. Choose from classics such as kababs, shawarma, gyros or plates served with your choice of meat, rice, hummus, salad, pita and tzatziki sauce. Start your meal with bolani —  fried potato flatbread.

This friendly restaurant in Woodland specializes in Hawaiian-style plate lunches with a Korean twist. Choose your protein (Korean short ribs, gochujang-marinated pork, garlic shrimp) and they’ll serve it alongside rice, potato-mac salad and Korean pickles. You can also get bibimbap, poke or a Korean fried chicken sandwich.