Your Guide to Michelin Restaurants in Sacramento
June 21, 2019

Your Guide to Michelin Restaurants in Sacramento

In case you hadn’t heard, Michelin has finally made its way to Sacramento. The French company is most commonly known for its car tires and tubby mascot, but it has also been publishing comprehensive travel guides for more than a century. Well-regarded in Europe for decades, the Michelin Guide has only recently made its way to the United States.

At the heart of the Michelin Guide is the coveted Michelin star, bestowed upon fine-dining restaurants that anonymous inspectors deemed worthy of a visit. There are five criteria: the quality of the ingredients used, mastery of flavor and cooking techniques, personality of the chef in his or her cuisine, value for the money, and consistency between visits. Michelin stars fall into three categories:

* One star: A very good restaurant in its category.

Michelin is notoriously tight-fisted with its stars. In fact, there are only 14 restaurants with three Michelin stars in the entire United States – half of which are in California.

So, without further ado, following are the Sacramento restaurants mentioned in the Michelin Guide California 2019: 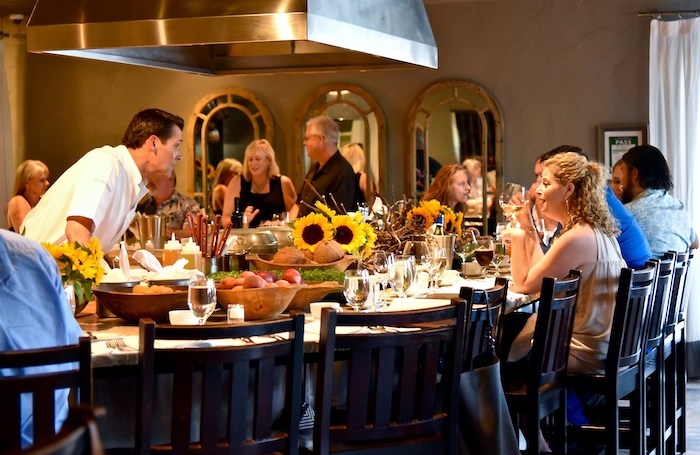 Randall Selland’s flagship restaurant is much more than just fine dining. It’s an experience that combines dinner and a show in one. Diners sit around an open demonstration kitchen, watching executive chef Kelly McCown and his team work their magic. It was one of the first restaurants in the Sacramento area to highlight seasonal, locally-grown ingredients, and it has forged strong relationships with area farmers. The Kitchen serves a five-course prix fixe menu, with or without wine paring. Although the menu changes regularly, dishes have included herb-basted Alaskan halibut cheeks, smoke-roasted mole short rib with squash blossom, and pan-roasted duck breast with rhubarb and red quinoa. 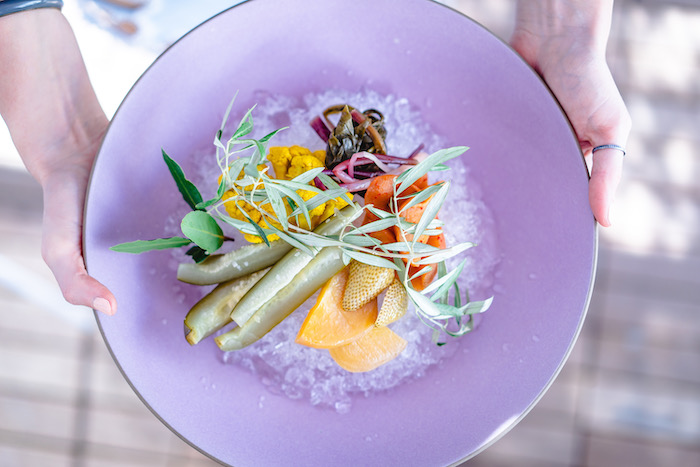 Canon is a relative newbie on the dining scene, but it’s farm-forward sharable cuisine has changed the game. The focus is on small plates that highlight seasonal ingredients, transformed into creative harmonies of flavors and textures. Dishes include a crispy soft-shelled crab with fermented carrots and pea shoots, barbecue carrots with popcorn grits and grilled whole chicken with Calabrian chile butter and burnt orange. 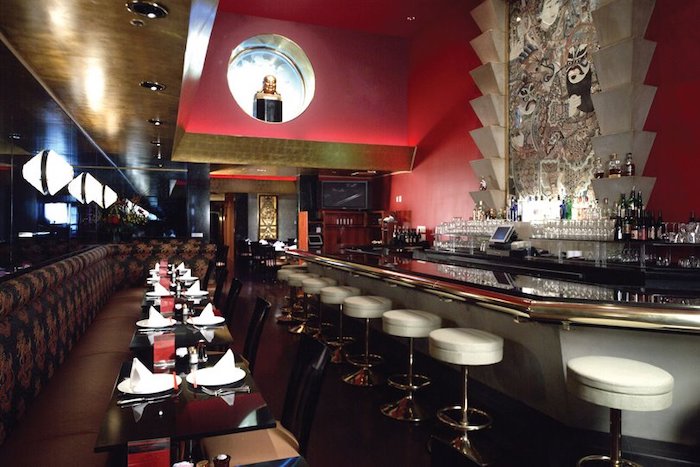 Frank Fat’s is a Sacramento institution, having opened nearly 80 years ago in downtown Sacramento. Since then, it’s been the gold standard for Chinese-American food in the Capitol City. The vibe is decidedly old-school, but the menu is as refined as it gets. Classic dishes include Peking duck, brandy fried chicken and New York steak in oyster sauce. But perhaps the most famous dish is the banana cream pie — loads of custardy bananas atop a buttery pastry crust topped with a generous dollop of whipped cream. 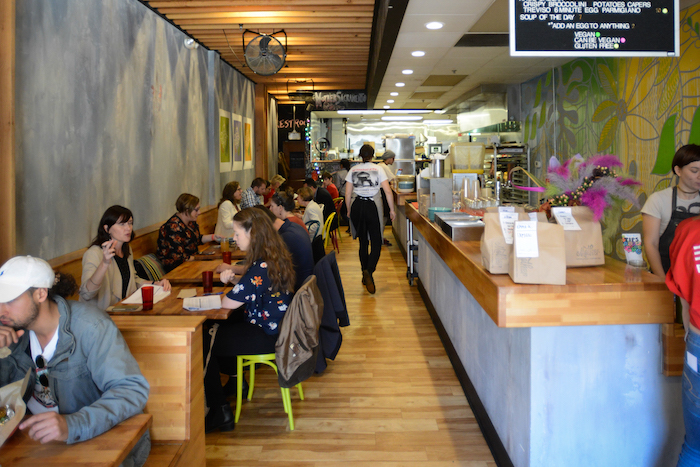 Mother is another newcomer to the Sacramento restaurant scene, having quickly attained solid footing with its stand-out trait: it’s completely vegetarian. But this is no preachy “I-don’t-eat-anything-with-a-face” place; in fact, the chef-owner runs meat-centric Empress Tavern next door. Mother’s K Street space is casual and cramped, but the food is innovative and comforting. Dishes include a chicken fried mushroom po’boy with house-made pickles and vegan aioli, a carrot nutburger with crispy onions, and chili verde with black beans, hominy and pumpkin.

The husband-wife team behind Allora in East Sacramento marries two natural elements of fine dining: food and wine. The Italian-focused menu includes house-made pasta and seafood, while the wine list includes selections from all corners of the globe.

Despite its name, this Tahoe Park eatery isn’t your typical greasy spoon. Rather, it puts a creative spin on classic breakfast dishes. Popular items include peaches & cream French toast, chicken & waffle with strawberry rhubarb syrup and avocado toast with ham and mushroom.

This downtown Sacramento eatery focuses on Izakaya dining — small plates meant to be shared over a glass of sake. The menu includes shrimp fritters and miso-marinated black cod, as well as meats and veggies cooked over a charcoal grill, such as shitake-stuffed chicken and bacon-wrapped tomatoes.

Sister restaurant to The Kitchen, Ella is known for its million-dollar design and refined farm-to-table cuisine. The menu changes with the seasons, but includes dishes such as bone marrow with tamarind glaze and pickled jalapeño, seared scallops with morels and fava beans, and flat-iron steak with pork belly and chimichurri.

On the ground floor of the Citizen Hotel, Grange is another sophisticated farm-to-table eatery. Dishes are meant to represent the bounty of surrounding farms: corn tortelloni with summer squash, ahi tuna with peaches and cucumbers, and coriander-crusted duck breast with white corn and pickled cherries.

Mayahuel brings together the key elements of Mexican culture — art, music, tequila and of course, cuisine. The menu highlights dishes that define Mexico’s culinary traditions such as mole poblano, rib eye with chorizo, and baked salmon with corn mushroom sauce.

Bao, shu mai, har gow: all the classic dim sum items are up for the taking at this Chinese restaurant near Land Park. The dim sum menu is expansive (and served all day!) and includes everything from the savory (garlic spare ribs, chicken feet) to the sweet (egg tarts, sesame balls).

This refined yet unpretentious midtown restaurant has been focusing on locally-produced, seasonal ingredients long before farm-to-table was an official thing.  The menu changes regularly, but dishes have included scallops with house-cured ham and succotash and a double-cut pork chop with squash and fig chutney.

Localis executes farm-to-table cooking with precision and artistry. The multi-course chef’s tasting menu (with or without wine pairing) features dishes such as lemon pasta with lobster, pork with porcini and loquat, and duck with cherry and mustard.