The 19 Best Local Breweries in the Sacramento Area
February 22, 2019

The 19 Best Local Breweries in the Sacramento Area

Sacramento has been in the midst of a renaissance for several years now. With the city’s increasing popularity, we’ve seen the addition of many local farm-to-fork eateries, third-wave coffee shops, swanky cocktail lounges, and craft microbreweries.

Our creative city has a knack for all things craft, so the local brewing scene has seen a steady increase in the last decade or so. Let’s explore some of our favorite craft breweries in the area, from new small-batch operations to established microbreweries with a loyal following. These innovative breweries in Sacramento are creating the tastiest brews in the city — and in many cases, the country. 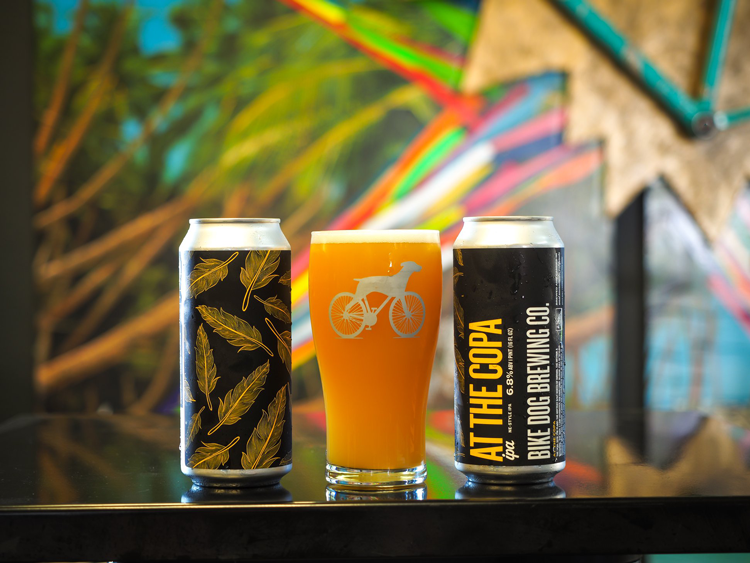 The four Sacramentans who co-founded this brewery in West Sacramento share a love for bikes, dogs and beer — hence the all-inclusive name. Bike Dog Brewing Company operates a three-barrel brewhouse on site that brews small batches, which ensures each glass of beer will always be fresh. This also allows for some exciting new flavors to cycle through, as the brewers have the flexibility to experiment with new recipes. Stop by their brewery and taproom in West Sac to watch this fascinating process for yourself, and grab a glass to sip on in the meantime. Or step inside the new taproom along Broadway in the heart of the city — and be sure to bring your dog along!

Each of the two (soon-to-be three!) Device Brewing locations in the area is kid-friendly, dog-friendly, and even outside-food-friendly. While they often have a food truck parked outside the brewery, you can’t always guarantee their presence, so you are encouraged to pack your own food to enjoy while sipping one of their beers. Device brews a mixture of year-round and seasonal beers, many of which have won awards at the California State Fair. 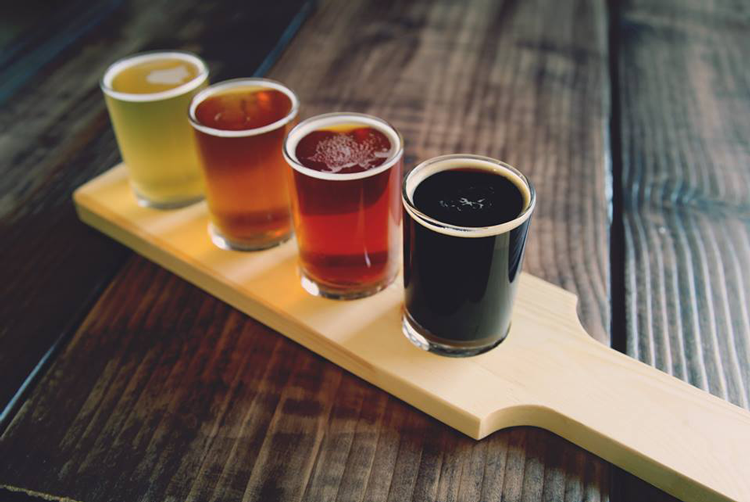 Jackrabbit Brewing Co. is the result of four avid homebrewers coming together to celebrate and share their mutual love for all things craft beer. Their beers were designed and perfected by their team and brewed in their five-barrel system (which was also created by them!). In fact, the brewers at Jackrabbit take a DIY approach to just about everything they do. The beer recipes are inspired by Belgian, English, and German brews to create something completely unique and refined.

Three Mile Brewing was among three local breweries among the best IPAs in the entire state at the California State Fair in 2018. This brewery in Davis was founded by seven guys determined to create wonderfully unique, high-quality craft beers to share with the community. And they have definitely succeeded! Three Mile Brewing produces small-batch craft beers that are distinctive and vary with seasons and availability of fresh, local ingredients. The freshness is obvious with each sip, and the community focus is evident when you walk into their inviting space in the heart of Davis. 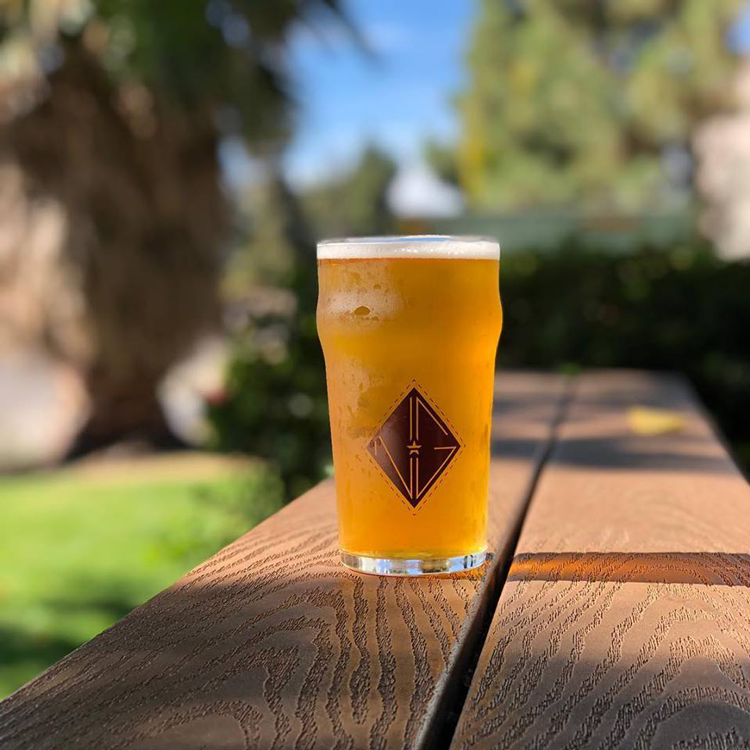 Experience something different at New Glory Craft Brewery, a small but daring artisan craft brewery that isn’t afraid to think outside the box. The founder, Julien, is originally from France and opened New Glory after experimenting with home brewing in his garage. They reject the mainstream concept of “flagship” or core beers and their schedule is instead dictated by the season, their moods, and ingredient availability. This creative approach allows them to experiment with new ingredients and push the boundaries of the industry. Check out the exciting brews New Glory is creating at the moment!

Moonraker Brewing is a relatively new addition to the region’s brewery scene, as they opened on Earth Day in 2016. This day was symbolic for their overall mission and practices; Moonraker is focused on minimizing their carbon footprint by using an electric boiler powered by over 1,100 solar panels. Their environmental efforts, which includes energy and water conservation, have garnered recognition as a sustainable business in the Sacramento area. Plus, they are brewing some fantastic beers, from ultra-hoppy IPAs to creamy milk stouts. 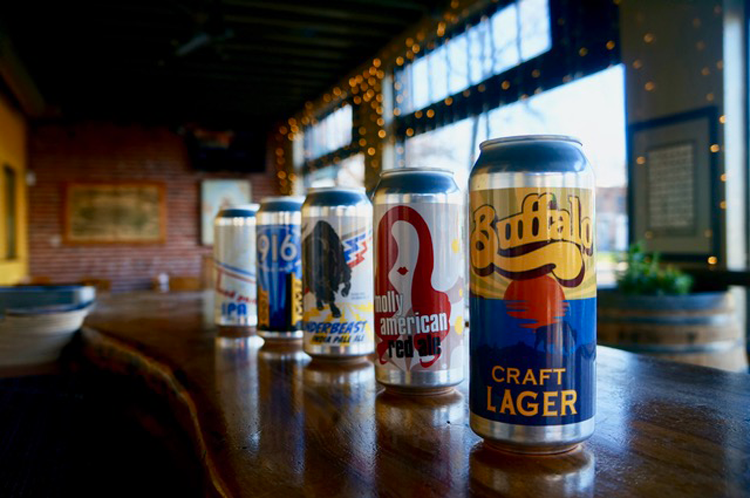 Situated along the lively Broadway in Land Park, New Helvetia is a beloved brewery with a comfortable tasting room, accompanied by a courtyard biergarten. The name “New Helvetia” is taken from the original name of the settlement founded in the area by John Sutter in 1839. This local brewery celebrates Sacramento’s rich history while investing in its promising future. Their beer is brewed in a 10-barrel, steam-fired brewery using locally sourced ingredients whenever possible.

Ruhstaller has been a mysterious character in the Sacramento brewery scene, having formerly operated on an appointment-only basis. Their basement taproom still exudes a sense of secrecy and coziness. They serve 14 rotating taps, which includes small-batch R+D beers that rotate quickly! Ruhstaller is open to kids, dogs, and well-behaved adults. 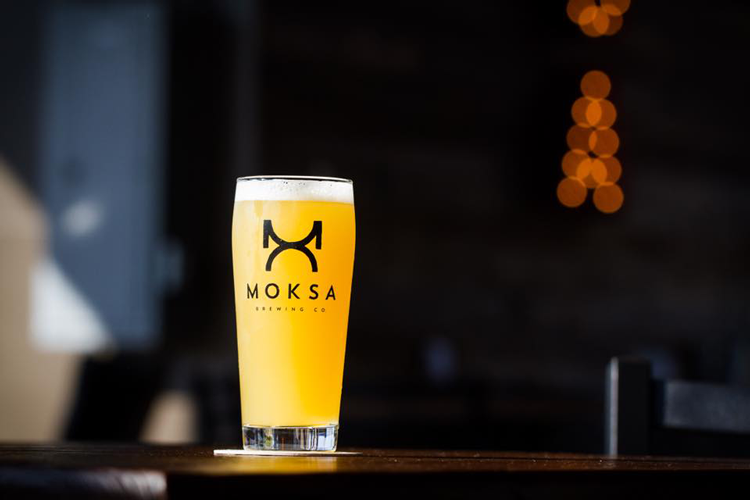 “Beer will always be more than availability and alcohol content. Beer is about individuality, heritage, friendship, tradition, exploration, taste, and smell captured in a glass.” We couldn’t put it any more eloquently than the folks at Moksa Brewing, a progressive craft brewery that opened in Rocklin in 2018. Their 3,000-square-foot taproom has become a pillar in the Rocklin community, providing an enjoyable environment to gather with friends, family and strangers. Moksa serves up to 24 beers made in-house, from refreshing sour blondes to hearty imperial stouts.

Much like the acronym “YOLO” implies, Yolo Brewing Company is dedicated to promoting a well-rounded lifestyle centered around their craft beers, which involves fitness, traveling, music, great food, and more. All of their beers are crafted with all-grain mash, and using only the finest ingredients. So you can rest easy as you select one of their small-batch beers or create a brew of your own, starting with one of 170 recipes. Enjoy a flight of beers at the brewery’s tasting counter, or relax and unwind on their Beer Dock. Wherever you go at Yolo Brewing Company, you’re in good hands! 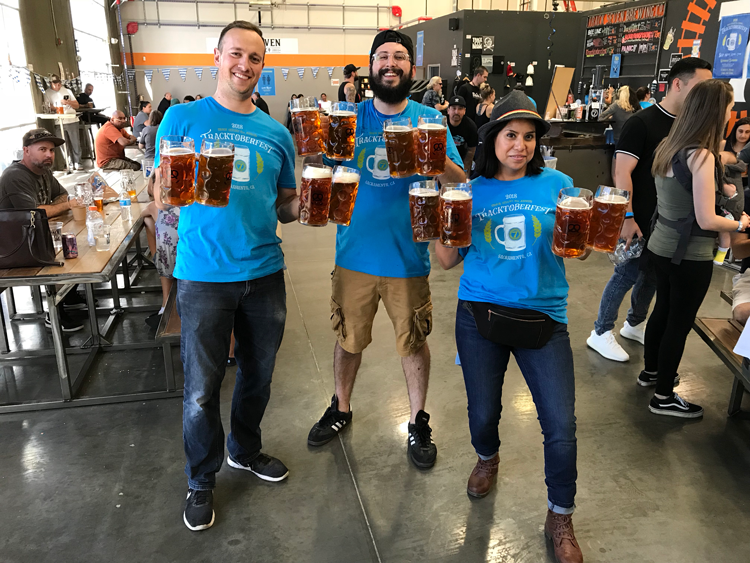 Track 7 is one of the most well-known breweries in the area — and for good reason! At each of their locations, Track 7 is dedicated to the art of beer brewing with one single goal in mind: To make good beer. Their team brews a selection of year-round and seasonal beers, which can be sampled all around town — or where all the magic happens at the brewery. Track 7 recently opened a taproom and restaurant in East Sacramento called The Other Side!

The story of Fort Rock Brewing goes way back to 1985, when sisters Kim and Heidi attended high school in San Jose with Eric. More than 30 years later, the three are still connected and their families all found themselves in the Folsom/Sacramento area. These beer-drinkers developed a passion for brewing when Eric caught the home brew bug after a trip to Seattle, which ultimately turned into a brewing system set up in a garage. Fort Rock Brewing was officially opened at the start of 2017 in the historic Nimbus Winery building in Rancho Cordova. Say hello to these newcomers to the neighborhood — and sample the exceptional brews they are creating! 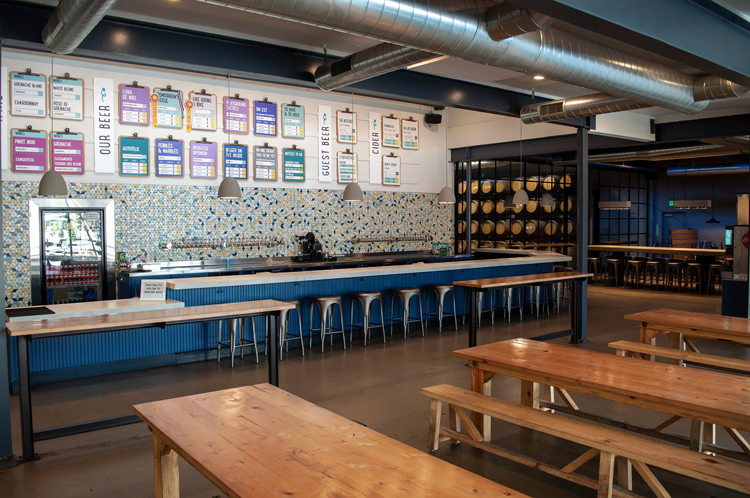 Tilted Mash has a similar history as many craft breweries — with an exciting twist. It all started with two friends with a passion for craft beer, who started brewing in their garage almost every weekend. During family events, sporting events, or random get-togethers, friends and family would request their latest batches to be shared. They received positive feedback, which led to more requests — so much so that the constant weekend brewing was putting stress on their three-tier homemade brewing system. One day, the keg-style mash tun started tilting on its side. And thus, Tilted Mash Brewing was born. Visit this laid-back and inviting brewery in Elk Grove to taste these popular brews for yourself! 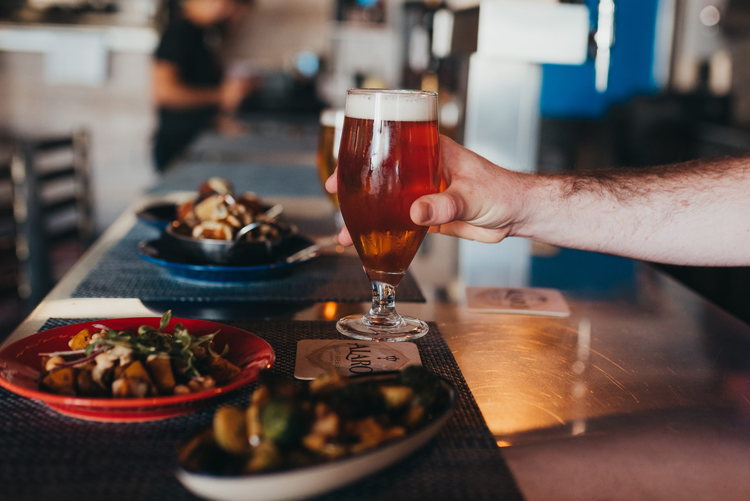 Situated in the heart of Midtown, Alaro Craft Brewery is focused on everything seasonal, local, sustainable, and craft — for both their Spanish-inspired food menu and beers brewed on site. Try their 2018 Great American Beer Festival Gold Medal winner, the Castillo IPA, or their rare Armada Brown Ale designed as a Southern English brown ale. No matter what you order, you’re sure to be impressed by the wide selection of beer and food at this neighborhood hotspot.

Big Stump Brewing Company is a purveyor of small-batch artisanal ales and lagers in the heart of Midtown. This independently owned and operated brewery opened its doors in 2016 and has quickly established itself as one of the best community-oriented breweries in the city. Big Stump is comprised of hardworking thinkers, dreamers, brewers, and doers, with a common goal of pouring the perfect pint. Visit their inclusive space to experience an elevated array of international beer styles. 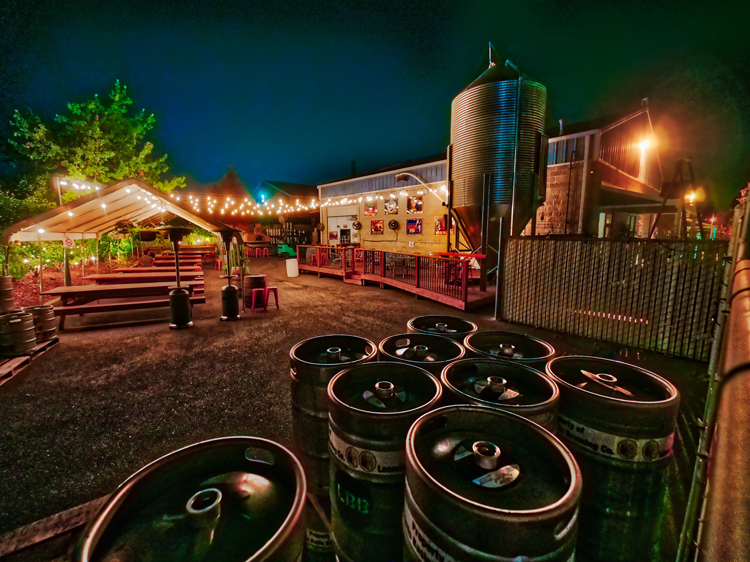 Loomis Basin Brewing Company is a must if you’re spending the day in Loomis, a charming community nestled in the Sierra foothills just northeast of Sacramento. Loomis Basin is the go-to source for craft beer for Loomis residents — and a popular choice for beer connoisseurs throughout the region. Sip on freshly brewed beers in the industrial interior or out on the airy patio with communal picnic tables, greenery and string lights. LBB brews a selection of year-round favorites, including the Allgood IPA, the Alohawk, the Vindicator IPA, the Jungle Bear Pale Ale, and the Golden Eagle Mandarin Wheat, plus a number of seasonal beers. 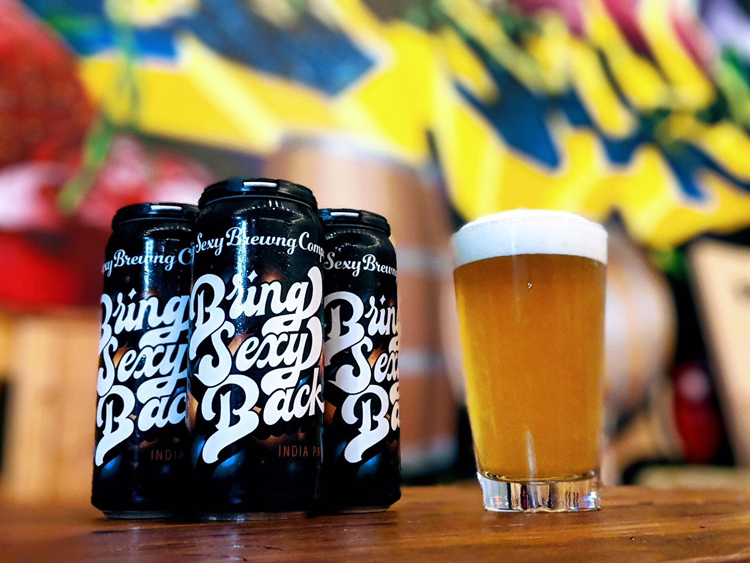 Venture just southeast of the city to encounter Big Sexy Brewing Company, a craft brewery specializing in ales, porters, and sour beers. The brewing team is dedicated to utilizing the highest quality ingredients and time-honored brewing techniques. This quirky brewery has made an impression on even the most sophisticated craft beer connoisseurs. Cozy up in the ultra-industrial interior (with a colorful graffiti mural!) or out on the airy patio with picnic tables when the weather is nice.

What local breweries would you add to the list? Let us know in the comments below!