9 Award-Winning Restaurants in Sacramento You Have to Try
October 24, 2018

9 Award-Winning Restaurants in Sacramento You Have to Try

Dining in a city like Sacramento can be an overwhelming experience, which isn’t necessarily a bad thing! In fact, having a difficult time choosing between restaurants is a pretty wonderful problem to have. The city has been nicknamed America’s Farm-to-Fork Capital for its communal focus on farm-fresh ingredients sourced in the rich agricultural region of Sacramento.

To help narrow down your search, we compiled a handful of restaurants in Sacramento that have received some of the most prestigious awards in dining, from the prized James Beard Award to local contests determined by voters. These award-winning restaurants are certainly worth a visit — or a revisit! 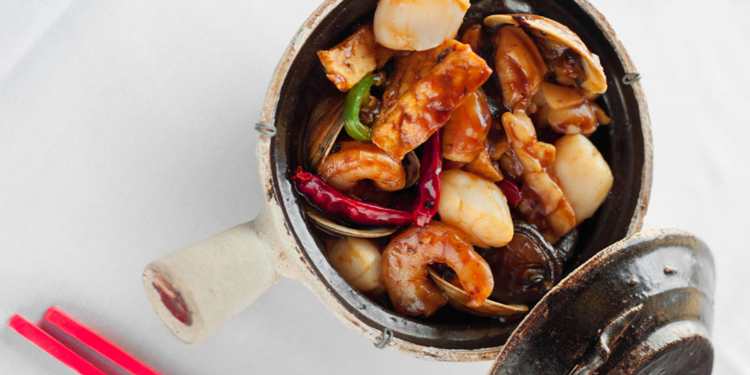 It seems fitting to start this list with the only James Beard Award-winning restaurant in Sacramento (thus far!). Opening in downtown Sacramento in 1939, Frank Fat’s is the oldest family-owned restaurant in the city. This beloved establishment serves modern Chinese cuisine in a gorgeous space with a moody, speakeasy vibe. Frank Fat’s earned the coveted James Beard Award for the “American Classic” category in 2013 and it’s easy to see why. The swanky and eclectic space is just as inspired as the creative menu at Frank Fat’s, featuring authentic Chinese cuisine, including chicken, duck, pork, lamb and beef dishes, plus an array of noodle and rice dishes. 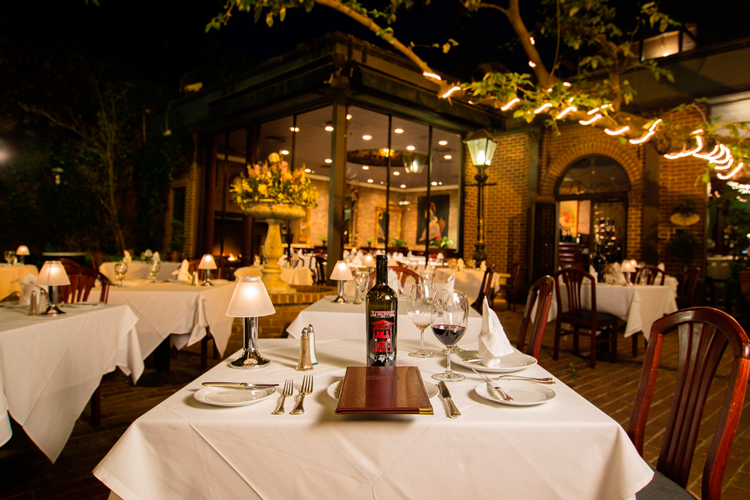 Photo Courtesy of The Firehouse

This romantic mainstay in the heart of Old Sacramento has garnered a myriad of awards over several decades. For over 55 years, The Firehouse has been serving outstanding wine and delicious food in a historic building that previously housed the Sacramento No. 3 Firehouse. This is the ideal destination for any special occasion, especially out on the dreamy courtyard filled with lush foliage, fountains, and twinkling lights. A few of the restaurants many accolades include America’s 100 Best Wine Restaurants of 2017 and 2018 by Wine Enthusiast, AAA Four Diamond Award since 2009, and Best of Award of Excellence for 17 consecutive years by Wine Spectator Magazine.

When a restaurant has a designated “intermission” on the schedule, you know you’re in for a treat. Dining at The Kitchen is a unique experience, as each guest enjoys a special five-course prix fixe meal comprised of farm-fresh ingredients combined to create unique dishes. The Kitchen was one of the first restaurants in the city to emphasize “farm-to-fork” dining in the region when they opened their doors back in 1991. The result is nothing short of spectacular, and they have the awards to prove their success. The Kitchen has earned every imaginable local and regional award, plus a number of national acknowledgements. Accolades include the AAA Five Diamond Award for five consecutive years, the highest Zagat ratings, honors from Wine Spectator and Wine Enthusiast, and a semi-finalist spot for the James Beard “Outstanding Restaurant” Award in 2012.

Established in 1988 in the heart of downtown, Dawson’s Steakhouse has been a local favorite for over a quarter of a century. The steakhouse is housed in the renowned Hyatt Regency, creating the perfect fine dining destination for both hotel guests and locals spending the day downtown. Dawson’s serves exceptional farm-to-fork cuisine sourced locally and seasonally, reflecting the richness of the Sacramento Valley. The menu covers a wide variety of options, from fresh seafood to California grass-fed beef. Enjoy your meal in the refined yet comfortable interior of Dawson’s, which was named a AAA Four Diamond Restaurant in 2018. 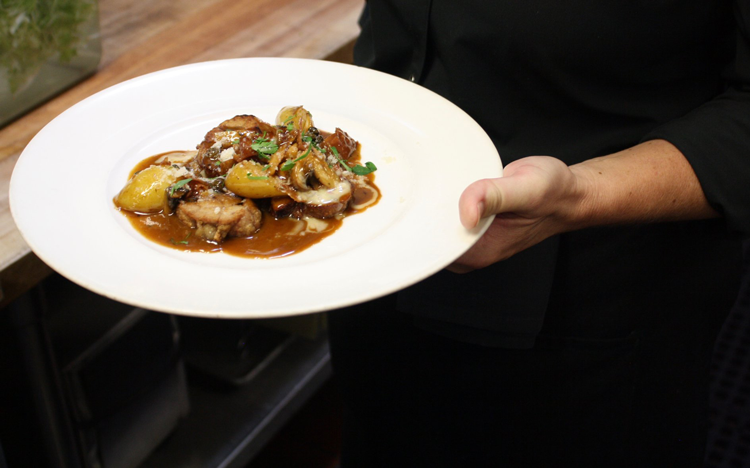 Photo Courtesy of The Waterboy

The Waterboy is certainly one of the best restaurants in Midtown — and the city as a whole! The French- and Italian-inspired menu at The Waterboy is comprised of beautiful ingredients, treated thoughtfully and utilized in their prime. Chef and owner Rich Mahan has been cooking since the age of 16, and his experience and dedication to the craft shines through with each dish served at The Waterboy. The menu changes seasonally, but you can expect to find mainstays like beef tartare, sweetbreads, oysters on the half shell, charcuterie boards and more. The Waterboy has received a number of awards over the years, including America’s Super-Value Wine Lists and Award of Excellence by Wine Spectator, Best California Cuisine by Sacramento Magazine, and more!

It’s likely you’ve heard of Biba Caggiano even if you don’t live in Sacramento. Over the span of her career, this Italian-born celebrity chef has published nine best-selling cookbooks, hosted a cooking show on TLC and the Discovery Channel, aired on several TV segments, and much more. In 1986, Biba opened BIBA Restaurant, which has received glowing reviews from Gourmet Magazine, Travel + Leisure, Condé Nast Traveler, and Wine Spectator. Plus, the restaurant was named the “Best Restaurant in Sacramento” by the Sacramento Bee and “Best of the Best” by Sacramento Magazine readers for several years in a row. These accolades do not include the many personal awards granted to Biba Caggiano for her excellent Italian cooking. Sample Biba’s award-winning creations yourself, including creative dishes like the sumptuous pasta carbonara, savory brasato di agnello (braised lamb) and flavorful cavatelli con granchio (seafood pasta). Check out a few more Sacramento eateries run by women chefs! 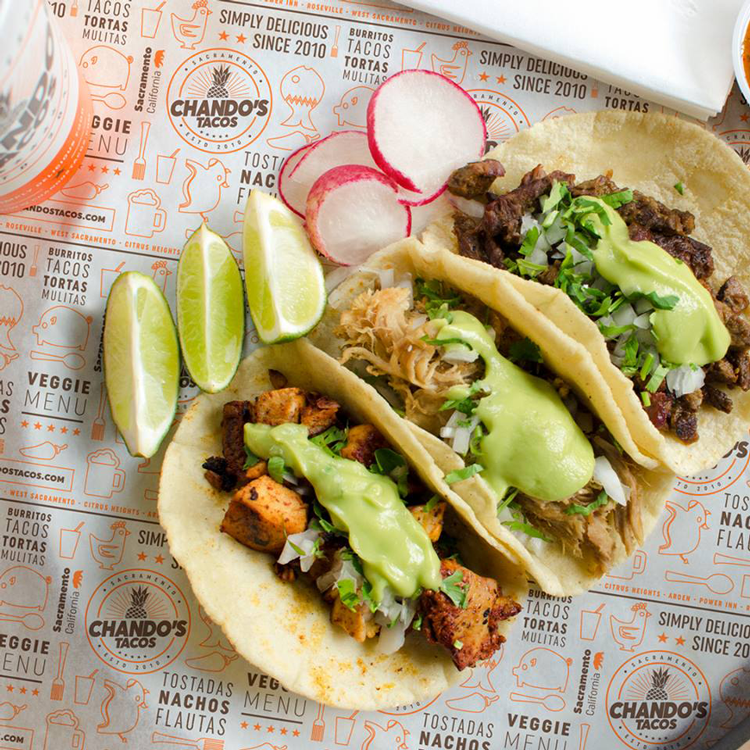 Each year, Sacramento Magazine hosts a contest to uncover the best businesses in the city, from hair salons to cocktail bars and pet groomers to florists. For 2017, Chando’s Tacos was voted the Best of the Best in the inexpensive price range, which we think is an incredible combination! Chando’s Tacos is undeniably one of the best places to get tacos in the Sacramento area. We even held a poll of our own, asking our Facebook followers to vote for their favorite taco provider in the city, and Chando’s won by a landslide! At each of its locations, this window-serve eatery serves authentic Tijuana-style Mexican food, including tacos made with your choice of meat, fresh cilantro, diced onions, creamy guacamole and tangy salsa. 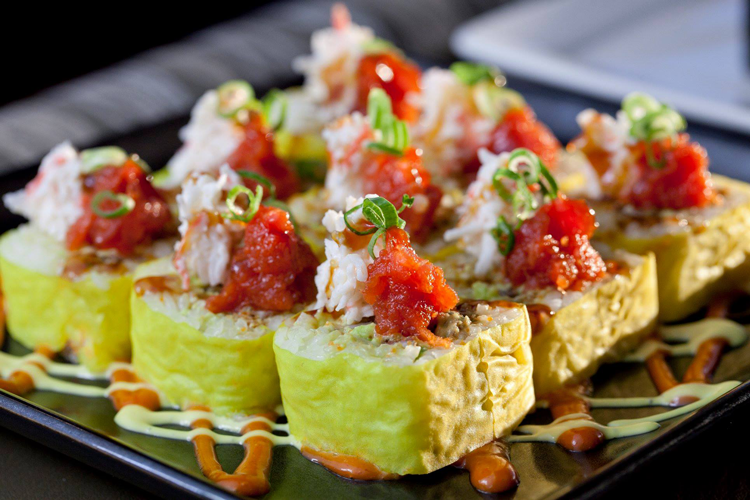 In that same annual contest held by Sacramento Magazine, Mikuni Japanese Restaurant & Sushi Bar was voted the Best of the Best in the medium price range. In addition to their moderate price point, Mikuni is a great in-between option perfect for the whole family or for a romantic date night. Order appetizers and a selection of rolls to share as a table, or consider ordering from their $45 menu for two, where you can select from their most popular dishes to create your own personalized four-course meal. Mikuni has several locations in the region, including Davis, Arden Fair, Elk Grove, Roseville, Fair Oaks and Midtown. 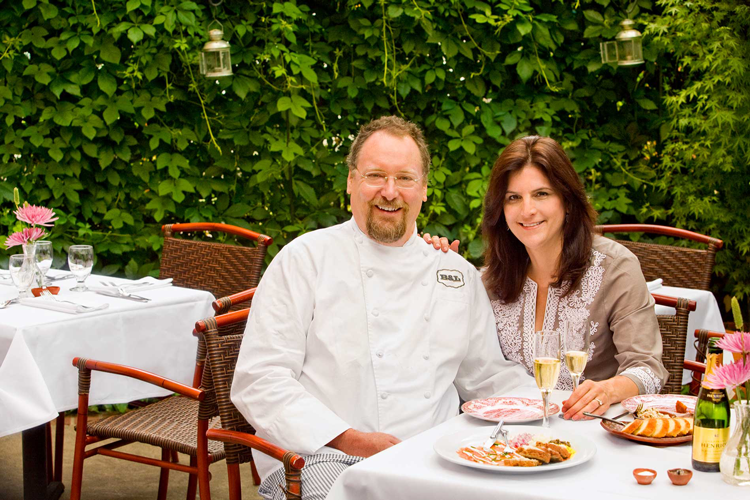 While we could go on and on about the exceptional cuisine and atmosphere at Mulvaney’s B&L, let’s take a look at some of the goodness happening behind the scenes at this buzzy Midtown eatery. Husband-and-wife duo Patrick and Bobbin Mulvaney are heavily involved in the community of Sacramento, extending a helping hand in a myriad of philanthropic efforts. While the duo has acquired several food-related awards, most of their recognition focuses on their giving spirit and commitment to bettering the community and the world as a whole.

Awards include the 2015 Volunteer of the Year from the Sac Metro Chamber of Commerce, the Restaurant Neighbor Award for Outstanding Community Service from the California Restaurant Association, an award for Outstanding Contribution to the Foundation from the James Beard Foundation, the Distinguished Mother Award from the St. John’s Women’s and Children’s Shelter, and many more. We greatly admire Patrick and Bobbin’s humble spirit of generosity and care for their neighbors, which is why we named them one of the city’s most inspiring power couples earlier this year!

Which award-winning restaurant have you been dying to try? Let us know in the comments below!