The ABCs of Sacramento | Landmarks, Hotspots + City Features From A to Z
August 17, 2018

The ABCs of Sacramento | Landmarks, Hotspots + City Features From A to Z

Okay, okay. We realize most of us have mastered the ABCs by now. However, let’s take a moment to revisit this foundational exercise we all learned in school — with a special twist!

It’s time to learn the ABCs of Sacramento, from our city’s renowned art museum to its exciting zoo. We’re taking a field trip to explore some of the most prominent landmarks, hotspots and features the Sacramento area has to offer. But don’t worry — there won’t be a test at the end of this lesson! 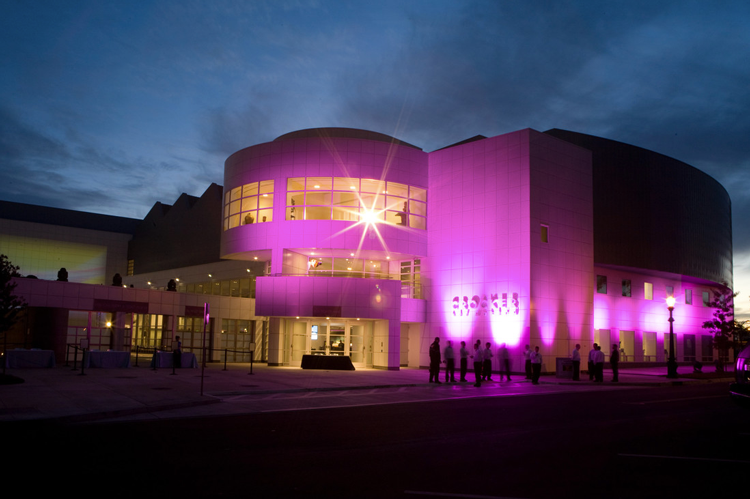 The Crocker Art Museum is a prominent museum in the city, featuring the world’s foremost display of California art. The Crocker serves as the primary regional resource for the study and appreciation of fine art through a diverse spectrum of exhibits, events and programs to augment its collections. In both a historic and stunning modern structure, visitors may explore a myriad of exhibitions and permanent collections at the Crocker Art Museum.

The Sacramento Bee is a resident’s go-to source for daily news. The newspaper was founded way back in 1857 and has since become the largest newspaper in the city, the fifth-largest in the state, and the 27th-largest in the country. Subscribe to The Bee to unlock unlimited digital access and/or home delivery! 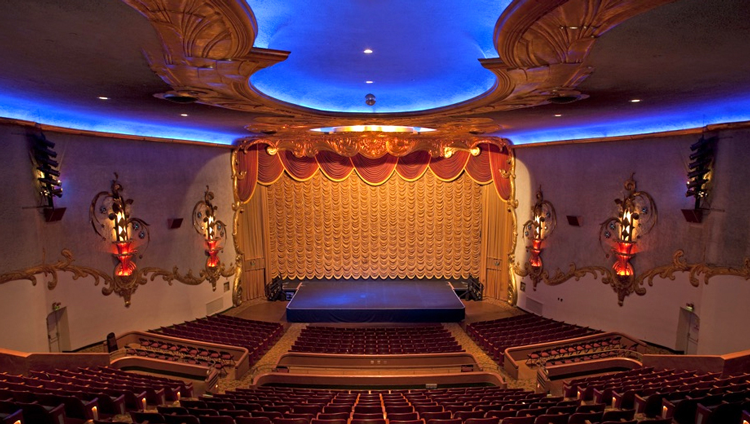 Photo Courtesy of the Crest Theatre

The beautiful Crest Theatre lies in the heart of downtown along the lively K Street corridor just blocks from the capitol building. It originally opened as the Empress Theatre in 1912, later operated as the Hippodrome Theatre, and was eventually remodeled and restored to its current form as the Crest Theatre. Today, you can see a live performance, concert or film in this historic art deco space, and grab a drink in the moody Empress Tavern located in the basement!

Sacramento’s Downtown Commons, or DOCO, is a vibrant meeting place for locals and visitors alike. The initial phase of this mixed-use space will feature a Kimpton Hotel, retail space, offices, eateries, bars and more. Some of the first tenants of DOCO include Punch Bowl Social, State Fare and Sauced BBQ & Spirits. The Revival at the Sawyer, a rooftop bar and lounge, recently opened on the top floor of the Kimpton Sawyer, providing idyllic views of the city. DOCO is the perfect destination for entertainment, dining and relaxation — right in the heart of bustling downtown. 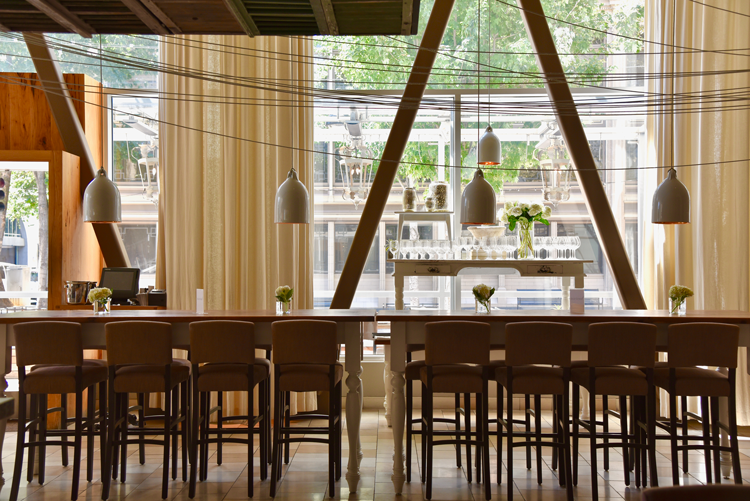 Ella Dining Room & Bar is a beautiful example of the many fine dining destinations throughout the city. This renowned eatery has received a number of accolades for food, service and design from local, national and international publications. The elegant interior and airy patio provide the ideal setting for enjoying their farm-to-table food, sourced from local and sustainable growers, farmers, ranchers and artisans.

Most major concerts, events, conventions and sporting events in the city take place at Golden 1 Center, the new home of the Sacramento Kings. This beautiful indoor arena opened in 2016 and has since become a prominent landmark for entertainment of all kinds.

Housing prices in the Sacramento area are significantly lower than that of many major California cities, including San Francisco. In fact, housing is one of the many reasons Bay Area residents are moving to Sacramento. The median home price in Sacramento is $316,100 while the median home price in San Francisco is $1,354,100. Residents moving here from other cities with more expensive housing can financially thrive in Sacramento, where they can suddenly afford luxuries like a yard, a guest room, a garage and spacious living areas. Plus, after years of renting, buying a home is more feasible! 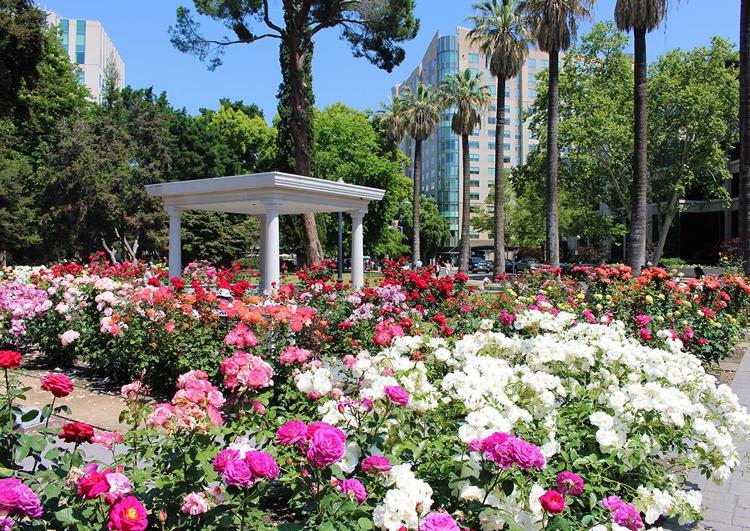 Take a moment to stop and smell the roses — literally. The International World Peace Rose Gardens rests in the shadow of the capitol building, featuring more than 650 roses with more than 153 varieties, colors and fragrances. The garden was established in Capitol Park in 2003, created as a sanctuary of peace, love and inspiration for people of all nations, cultures and religions. The garden is specifically dedicated to women, children and families.

Sacramento is a fantastic city to work in. It’s just big enough to provide a wide array of options, but small enough where you’re not lost in a sea of potential employees. In fact, Forbes named Sacramento the No. 2 Happiest Place to Work in the country! Take a look at the many cutting-edge offices in Sacramento with stylish architecture and surprising amenities — like steel playground slides at Redtail Technology in Rancho Cordova.

The Sacramento Kings attract a loyal, passionate and rowdy crowd every year. In fact, Kings fans set the Guinness World Record for Loudest Crowd Roar back in 2013. While the NBA team has played in Sacramento since 1985, the franchise actually dates back to 1923 (when they originated in Rochester, New York), making them one of the oldest continuously operating professional basketball franchises in the nation. Be a part of the excitement by attending a home game at Golden 1 Center during the season!

Released in late 2017, Lady Bird is a quirky coming-of-age film set in 2002 in Sacramento, where writer and director Greta Gerwig was born and raised. The film features several prominent Sacramento landmarks, with extra focus placed on East Sacramento’s darling Fab Forties neighborhood. The main character, Christine “Lady Bird” McPherson, feels embarrassed by her living situation and lies to a friend by claiming a gorgeous bright blue Colonial mansion as her own. Awhile back, we took a look at some homes Lady Bird would be proud of, although we think any place you call “home” is something to be proud of! 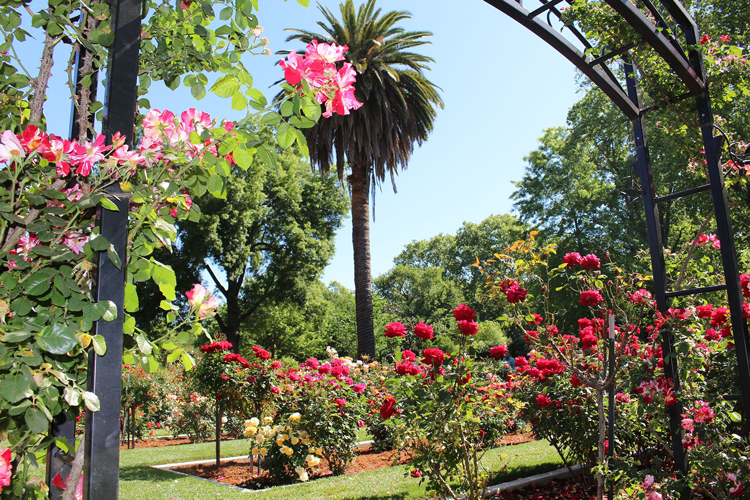 East Sacramento is one of the most desirable neighborhoods in the Sacramento area. One of its most alluring amenities is McKinley Park, a 32-acre park serving as a community hub for activity, from annual events to a simple stroll in the park. The Clunie Community Center is the site for a number of neighborhood events and even houses a branch of the Sacramento Library, known as McKinley Library. McKinley Park is also home to the McKinley Rose Garden, a small lake, a community pool, a playground, several horseshoe pits, baseball fields, soccer fields and tennis courts. Runners and walkers frequent the trails winding throughout this spacious and scenic park, and yogis enjoy free Saturday morning yoga classes held near the rose garden.

Sacramento has a diverse selection of communities to choose from, whether you’re searching for a hip neighborhood close to downtown with an excellent Walk Score or Bike Score, or a suburban retreat away from it all. Young professionals love areas like Midtown or Davis, affluent folks head to East Sacramento, El Dorado Hills or Granite Bay, and families love areas like Elk Grove, Folsom, Roseville and Auburn. No matter your lifestyle and preferences, there is a community for you in the Greater Sacramento Region! 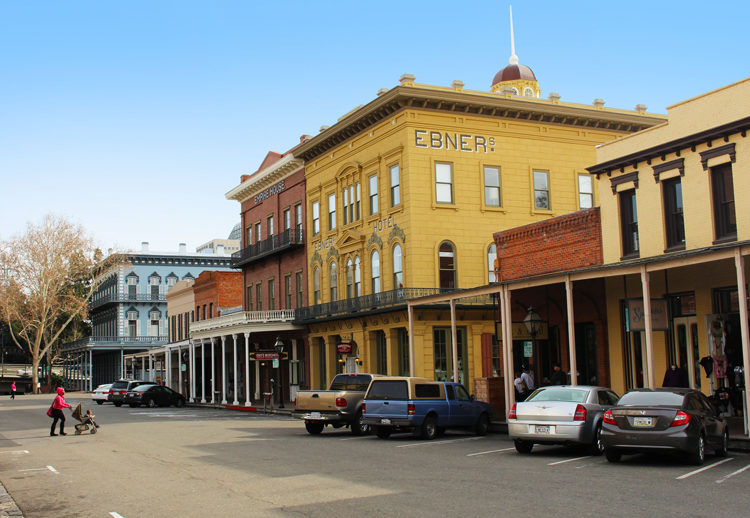 This city was built on gold. And it’s also quite an old city. In fact, Sacramento is the oldest incorporated city in California, as it was officially incorporated on February 27, 1850. The city grew significantly during the Gold Rush, at which point Sacramento was a major distribution point, a commercial and agricultural center, and a destination for wagon trains, riverboats, stagecoaches, the telegraph, the First Transcontinental Railroad, and the Pony Express.

While we often focus on Paragary’s Midtown, let’s take a moment to appreciate the larger umbrella under which this trendy Midtown eatery resides. Paragary Restaurant Group operates some of the city’s finest eateries and bars, including Paragary’s Midtown, Centro Cocina Mexicana, Esquire Grill, Cafe Bernardo, R15, Berkeley Bar, and Wiki Bar. You can’t go wrong at any of these diverse establishments, whether you’re looking for a dreamy lunch on Paragary’s idyllic patio or a creative cocktail in the swanky R15 Bar. 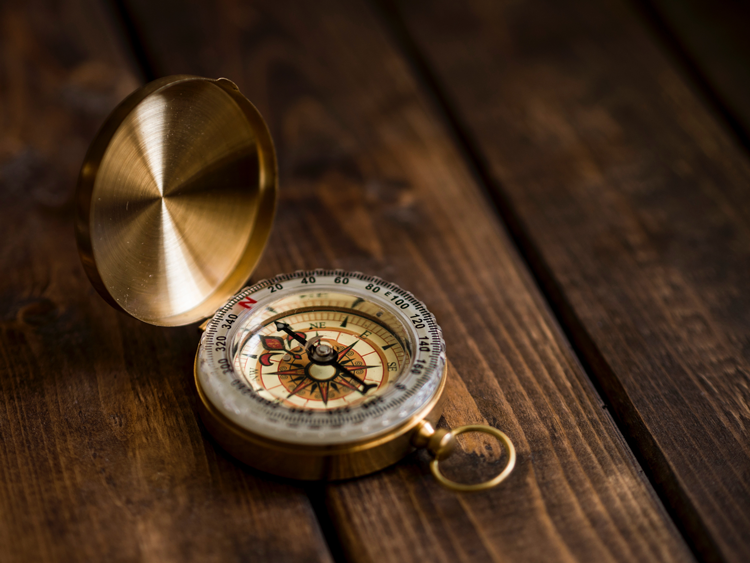 Go on a quest to learn more about the city with Urban Adventure Quest, an interactive walking tour of the city taking you on a journey to major historic points and hidden gems. The tour takes about 2–2.5 hours, includes 17 challenges, and features many prominent points of interest, including the Capitol Building, Crest Theatre, the Delta King, Old Sacramento, and the Golden 1 Center. This is a fun opportunity to experience Sacramento from a fresh perspective, no matter how long you’ve lived here! It’s also a great activity to do with kids or visiting friends and family.

Sacramento is situated at the confluence of two major rivers, the Sacramento and American Rivers. These beautiful rivers provide an idyllic backdrop for riverside dining, biking and hiking. Not to mention, the rivers are excellent destinations for rafting and tubing. The American River is a particularly popular place for tubing, and it even received national attention when Thrillist included it amongst the best rivers in America for tubing! There are plenty of ways to travel down the infamous American River, whether it’s via kayak, canoe, tube or raft. 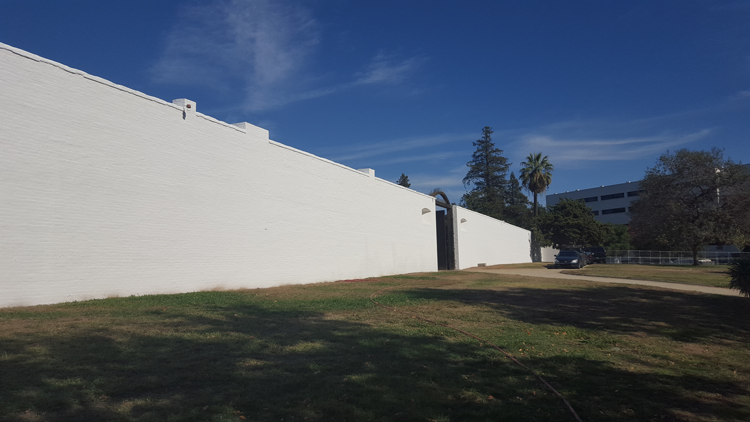 Step back in time with a visit to Sutter’s Fort, a historic park with a rich history dating back to 1839. Visitors may explore the historic structures and living history museum at their own pace, using a map and brochure or an optional audio tour. The fort hosts a number of events throughout the year, including hands-on history lessons, walking tours, festivals, and more.

Tower Bridge is giving the “Golden” Gate Bridge a run for its money — not because of its size, but because of its striking gold complexion. Completed in 1935, this bridge connecting Old Sacramento with West Sacramento has become an iconic Sacramento landmark over the years. In fact, it’s the location for the annual Tower Bridge Dinner, a farm-to-fork gala showcasing some of the region’s top chefs and farmers.

Among the many renowned universities in the area, Sac State is one of the most popular. Its complete name is California State University, Sacramento but more often goes by Sac State. The university enrolls about 30,500 students annually and has the sixth-largest campus of the 23 state universities throughout California. Sacramento residents take advantage of the lively culture on campus and many attend sporting events, especially football games in the fall!

Sacramento is situated not far from the prized wineries dotting the Napa Valley region, plus another wine-rich region in Amador County, just east of Sacramento. Whether you want to embark on a day trip to Napa Valley or stick close to home at one of the many urban wineries in our midst, there is no shortage of vino in the Sacramento area. Nestled along the American River in the southwest corner of Arden-Arcade, Cal Expo is home to the California State Fair and hundreds of other signature events throughout the year. It encompasses 350 beautifully landscaped acres, which hosts a race track and Raging Waters Sacramento, one of our favorite water parks in the area! 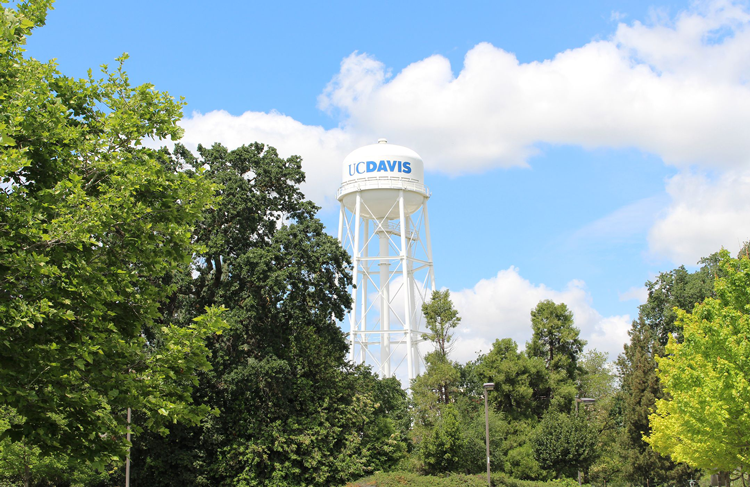 Yolo County is a rural county situated just west of Sacramento. Residents enjoy convenient access to the capitol, while also being closer to the Bay Area. The county has its own share of appeal and amenities, including Raley Stadium, home of the River Cats, UC Davis, its own wine country, and plenty of restaurants, shops and other attractions. Some of the most popular communities in Yolo County include Woodland, Davis, Winters and West Sacramento.

Take a walk on the wild side with a visit to the Sacramento Zoo, featuring more than 140 kinds of native, exotic and endangered animals. In addition to its exciting exhibits housing more than 500 animals, the zoo hosts a number of fun events throughout the year. Visit with the wide variety of mammals, birds, reptiles, amphibians and other types of interesting animals at the Sacramento Zoo!

…And now you know your ABCs!

What well-known landmarks or features would you include in your Sacramento alphabet? Let us know in the comments below!