15 Things You Need to Know Before You Move to Sacramento

Are you considering a move to Sacramento? If so, there are a few things you need to know before you get here. Like any city, Sacramento has several distinct factors and qualities that make it unique — like roaring Kings fans and an abundance of trees, farm-to-fork food, and Gold Rush-era buildings.

Whether you’re thinking about moving or have already signed the papers, take a moment to educate yourself on our beloved Sactown before you officially become a Sacramentan. 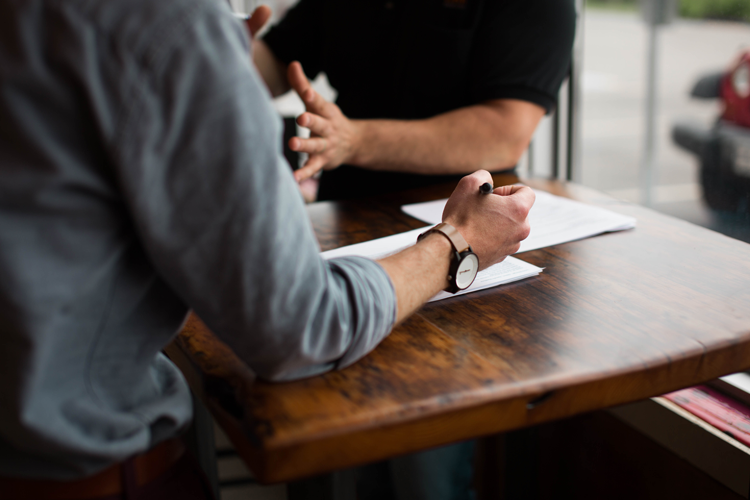 With a lively culture, an upbeat lifestyle, artsy venues, creative eateries and exceptional job opportunities, Sacramento is an ideal city for young professionals. Plus, Forbes named Sacramento the #2 happiest U.S. city to work in a few years back! There are a number of Sactown neighborhoods, suburbs and nearby cities that are particularly popular for young professionals living in the area. Areas like Midtown, Davis, Land Park and Elk Grove provide the ideal settings, characteristics and amenities for young professionals. But no matter where they live, commuters both young and old may take advantage of the city’s wonderful transit system.

2. The weather is pretty ideal — but be prepared for hot summers. 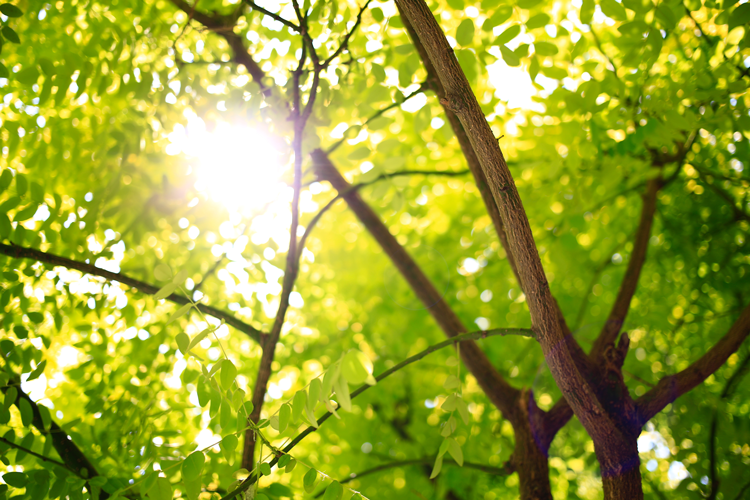 Sacramento enjoys all four seasons throughout the year, as the temperature can dip down to the 30s in the winter and reach the 90s (and sometimes the 100s!) in the summer. However, the lack of humidity in Sacramento makes both the cold less bitter and the heat more bearable. Plus, Sacramento’s summer heat is often moderated by a light breeze, or the “delta breeze” that travels from the Bay area, which significantly cools temperatures at night.

3. Housing prices in Sacramento are surprisingly lower than other California cities. 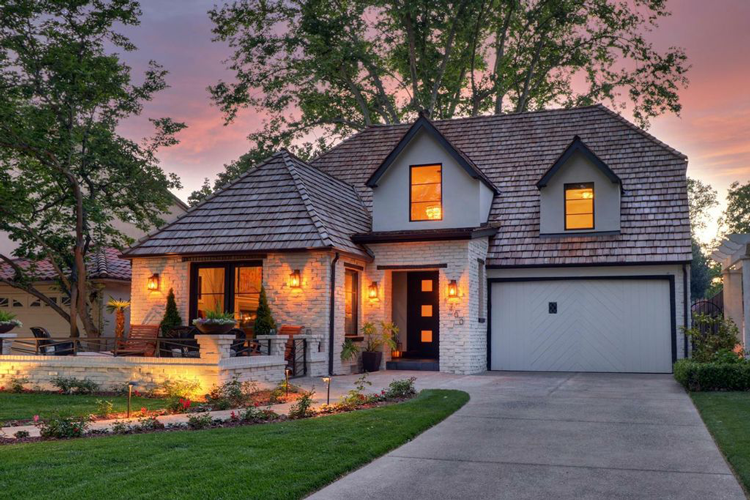 This home is for sale here.

4. Sacramento takes “farm-to-fork” to the next level. 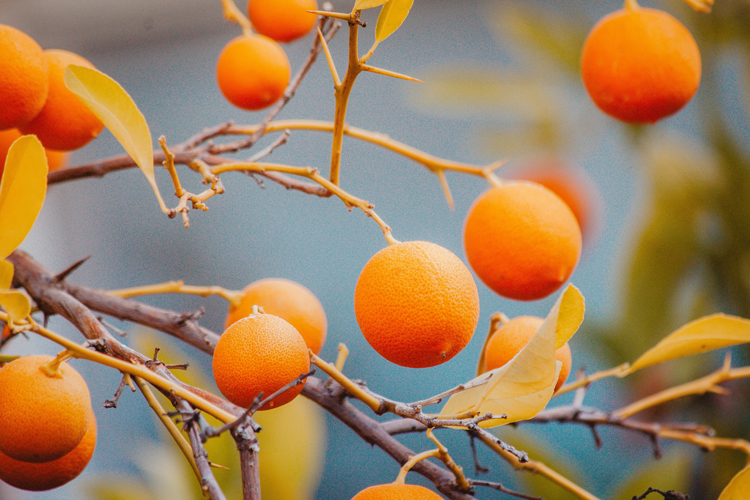 You may be aware that Sacramento is called America’s Farm-to-Fork Capital. But you may not realize the gravity of this fact until you discover the sheer abundance of farm-to-table eateries in and around the city. The region boasts the ideal conditions for a robust agricultural industry — a year-round growing season, an ideal climate, and a mouth-watering bounty of crops within reach of the city. Sacramento is situated amongst 1.5 million acres of farms and ranches growing more than 160 crops sold to both local and global markets. Essentially, you can enjoy a meal featuring ingredients sourced down the road just hours before they appear on your plate! 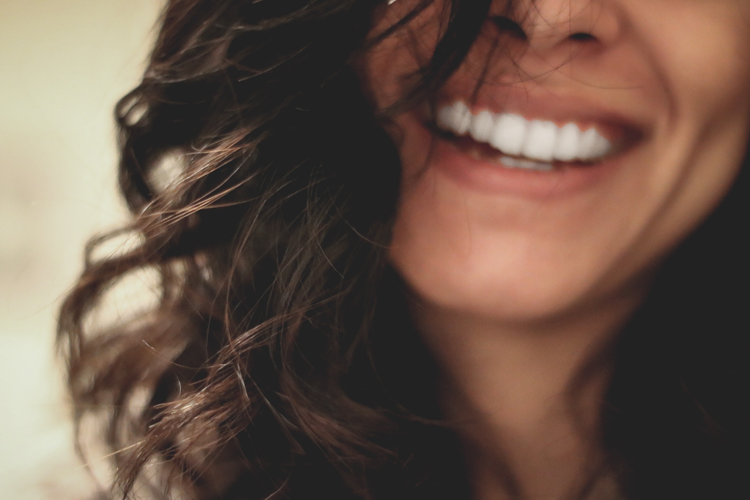 The proper word for those living in Sacramento is Sacramentans. Plain and simple! Once you move, you too can claim this title.

6. Believe it or not, Los Angeles is not the capital of California. 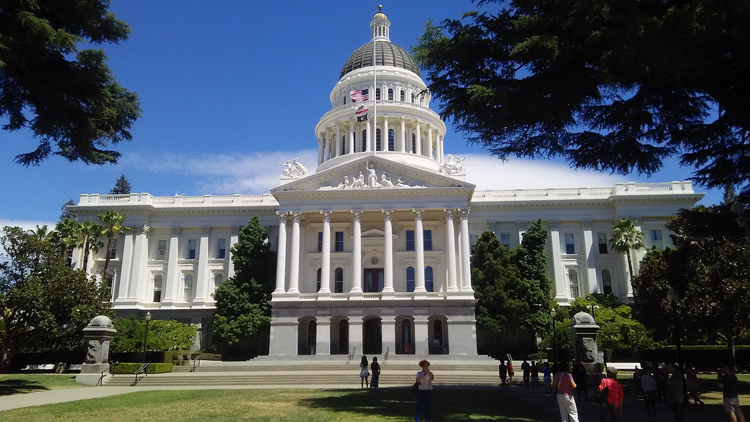 California is one of those states where the largest or second-largest city is not actually the capital. Sacramento is, in fact, the capital of California. We’re sure you’re aware, but it’s worth mentioning, as the city is often overlooked. While we aren’t the largest in the state, we love our small-town-meets-large-city feel and wouldn’t trade it for the world!

The beautiful capitol building marks the very center of the city and the state’s governmental affairs. You can observe our state’s government up close and personal with a visit to the California State Capitol Museum. Admission is free and the museum is open on weekdays from 7:30 a.m. to 6 p.m. and weekends from 9 a.m. to 5 p.m. This is a wonderful way to learn about the fascinating history of this large and diverse state!

7. There are so many wonderful places to live outside the city limits. 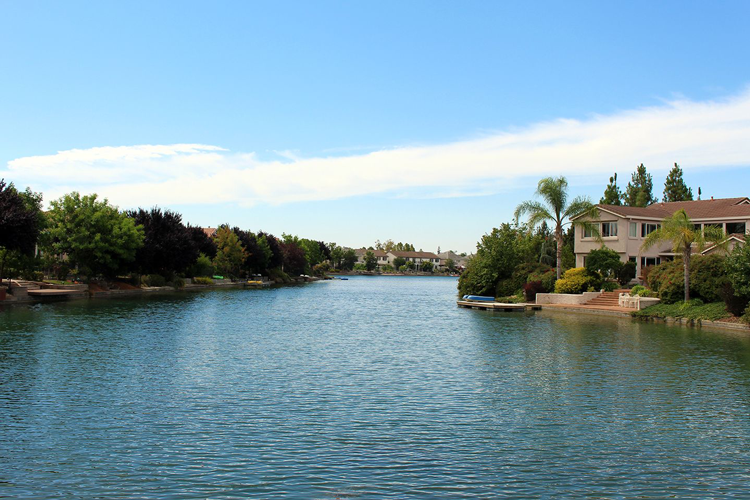 While Sacramento has a thriving community in downtown, Midtown, and other central neighborhoods, there are a number of communities outside of the city worth looking into. Residents in these tucked-away areas may easily access the city but enjoy the laid-back feel of their neighborhood, with its own features, hotspots, and events. Some of the best places to live in the Sacramento region include Davis, El Dorado Hills, Elk Grove, Fair Oaks, Folsom, Rocklin, Roseville and Auburn.

8. The city was built on gold. 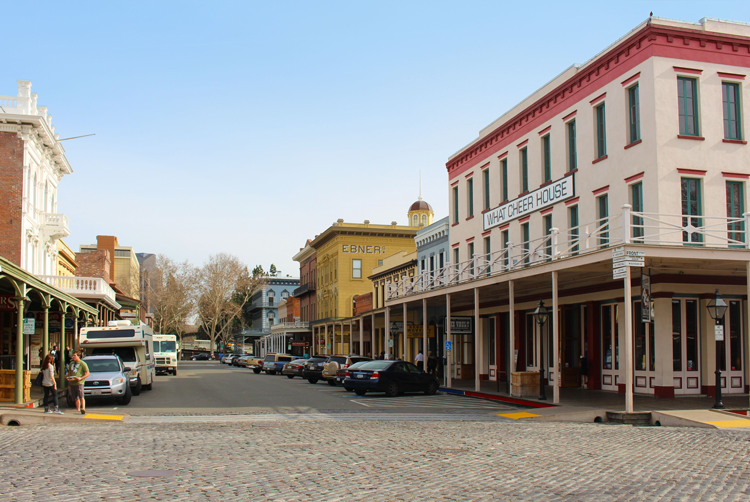 …And no, we’re not talking about the iconic golden Tower Bridge glimmering in the sunshine. While Sacramento is not the largest in the state, it is actually the oldest incorporated city in California. It was officially incorporated on February 27, 1850. It grew significantly during the California Gold Rush, which was taking place around this time. During the Gold Rush, Sacramento was a major distribution point, a commercial and agricultural center, and a destination for wagon trains, riverboats, stagecoaches, the telegraph, the First Transcontinental Railroad, and the Pony Express.

Visitors and residents can clearly see the city’s rich history and a sample of life in this era along the streets of Old Sacramento. This 28-acre district is lined with period buildings, old-fashioned businesses, and a plethora of museums, including the ever-popular California State Railroad Museum, the Sacramento History Museum, the Delta King Riverboat, and the Old Sacramento Schoolhouse Museum.

9. Sacramento is larger than you think. 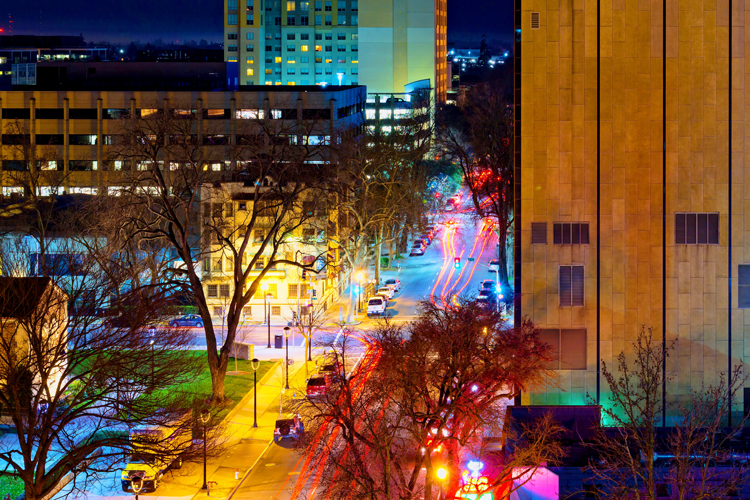 After all this talk about Sacramento’s smaller size, it’s worth noting that it may be larger than you realize. With an estimated population of 493,025 in 2016, it is the sixth-largest city in California, the fastest-growing big city in the state, and the 35th largest city in the United States. But again, this larger population does not mean a disconnected community or overwhelming city. In Sacramento, you can know your neighbors, get involved in community affairs, and avoid some big-city frustrations like heavy traffic or crowded sidewalks. One of our favorite power couples in the city once referred to Sacramento as “a big little town.” We like that.

10. It’s nicknamed the City of Trees for a reason. 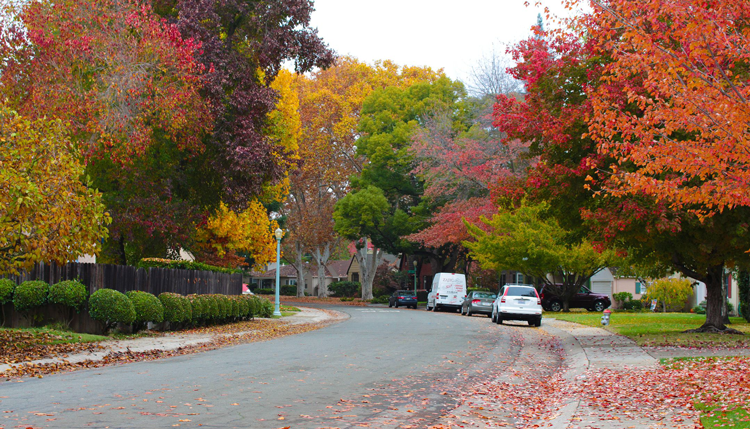 Why is Sacramento called the City of Trees? Just look up, and it’s clear to see why! While there are plenty of native trees in Sacramento, the most common and recognizable are the native oaks, including valley oak, the interior live oak and the blue oak. You will also find an abundance of California sycamore, Fremont cottonwoods, Oregon ash, boxelder, gray pine, a variety of willows, and more varieties throughout the city. The State Capitol Gardens features a wide selection of trees from all over the world. Take a stroll through this massive park in the heart of the city to escape the sunshine under a canopy of shade and admire the many different tree varieties on display.

11. The city is in the midst of a renaissance of sorts. 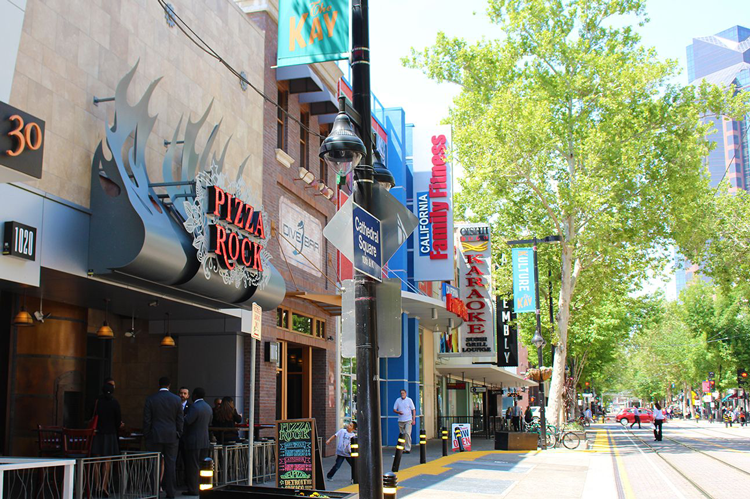 Over the past several years, Sacramento has seen significant growth, development and change. Another one of our favorite power couples, Michael and Christine Ault, have seen the city grow up in front of their very eyes, as they have been involved in downtown restoration projects since the ‘90s. Downtown Sacramento has evolved from somewhat of an undesirable destination to a lively district dotted with restaurants, shops, business headquarters, and other attractions. The Downtown Sacramento Partnership, of which Michael Ault is the executive director, has played a major role in Sacramento’s unofficial renaissance.

12. Residents are crazy about the Sacramento Kings.

We bleed purple here in Sacramento. Kings fans are loyal and passionate, rowdy and dedicated. While the NBA team has played in Sacramento since 1985, the franchise actually dates back to 1923 (when they originated in Rochester, New York), making them one of the oldest continuously operating professional basketball franchises in the nation. Be a part of the excitement by attending a home game at Golden 1 Center during the season! But be warned — Kings fans set the Guinness World Record for Loudest Crowd Roar back in 2013.

13. You can get to both the mountains and the beach with an easy drive. 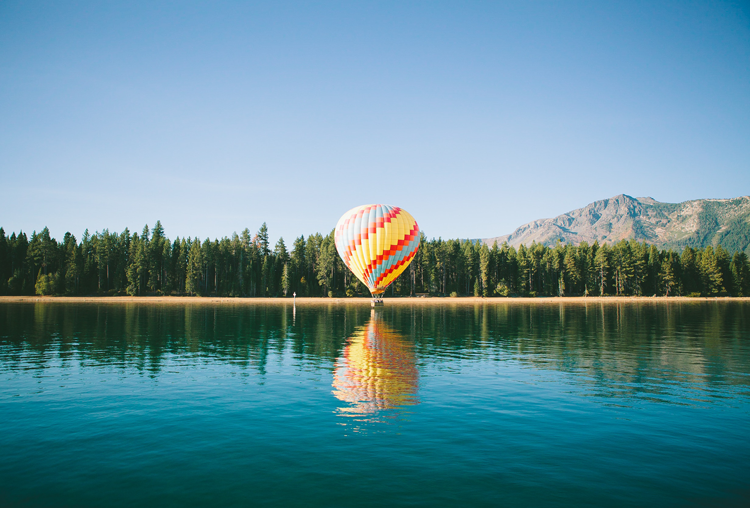 Sacramento’s location is absolutely ideal. It is situated directly between both the ocean and the mountains, making an adventurous day trip feasible for residents. In about two hours, you can be gazing out over the Golden Gate Bridge in San Francisco or looking down from the summit after a hike overlooking Lake Tahoe. While Sacramento is neither coastal nor mountainous, it enjoys the amenities of both geographic areas.

14. It has not just one, but two iconic rivers. 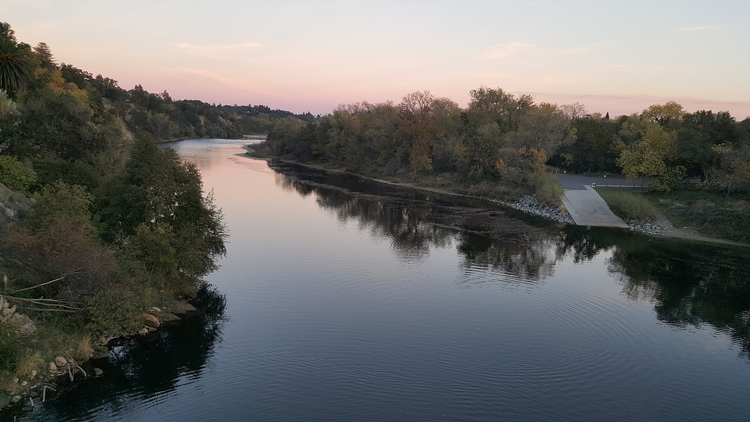 Sacramento is situated at the confluence of the Sacramento River and American River. The two provide endless opportunities for rafting, boating, swimming and fishing, and of course, they make for a beautiful backdrop at several viewpoints in and around the city. One of the best ways to experience the American River is by traveling along the 23-mile multi-use American River Parkway, which features a number of access points throughout the region. Or enjoy a scenic and educational float atop the Sacramento River with Hornblower River Cruises! 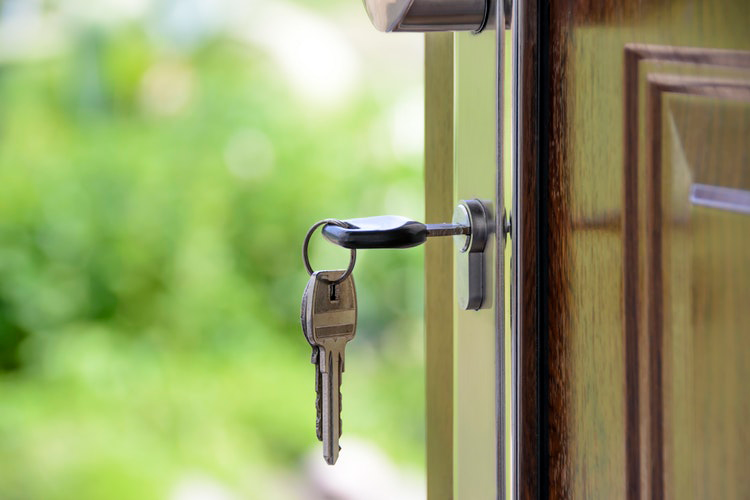 Whether you live in surrounding communities or right in the heart of downtown, there’s no denying that the Sacramento region is an exceptional place to call home. The city boasts an ideal location, an array of restaurants, shops, bars and other local businesses, a well-connected community, relatively low housing prices, and other charming features.

If we can help with your move to Sacramento in any way, please do not hesitate to contact us. Our agents aspire to make your transition as seamless as possible, taking care of the sometimes complicated details to ensure you find the home perfect for you. Not only do they know the local market and industry lingo, they are extremely knowledgeable about the communities they serve.

What insight would you add for new residents?

We’d love to know what helpful insider information you can pass along to those headed this way. Let us know in the comments below!

September 28, 2022 Spend a Perfect Day in Apple Hill
September 23, 2022 Homes for Sale in the Sacramento Area with Great Kitchens