‘Tis the season for hauntings, frights, and creepy crawlers. Experience the Halloween season to the fullest by testing your wits at a haunted house in the Sacramento area. Some are designed to push your limits, with terrifying scenes and characters who are sure to make you scream. Others are a bit less frightening, providing a moderately spooky experience for the entire family.

If blood and guts aren’t your scene, you might instead consider testing your problem-solving skills at a mysterious escape room in the area. As a team, attempt to escape these masterfully designed rooms before time runs out!

Whether you go to an escape room or an entire haunted house, this is the perfect way to get into the spirit for Halloween. 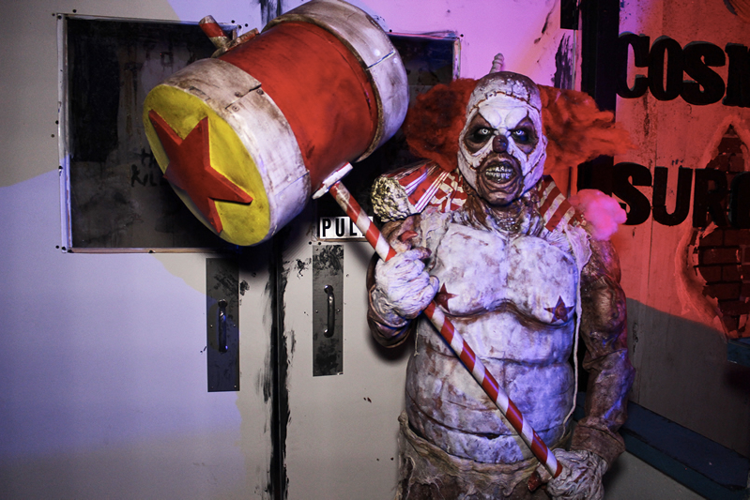 Ultimate Terror Scream Park Sacramento hosts not one, not two, but three haunted attractions, including the Lobotomy Psycho Show, Begrudge, and the Superstition Killer. Dare to enter these mesmerizing mazes inhabited by sinister beings who will not hesitate to strike fear in your heart. In fact, this is not for the faint of heart, as Ultimate Terror Scream Park was named the “Best in the West” by Forbes and one of the top Halloween events in the nation by Haunted Attraction Magazine. Take a look at the hours and purchase your tickets if you dare…

Fright Planet Park at Cal Expo features two haunted attractions, including a Haunted Hayride driven into the unknown by a demented tractor driver, and a Haunted Corn Maze, where you are forced to maneuver a pitch-black corn field with nothing but a flashlight to guide you. Keep in mind that Fright Planet Park has varying hours throughout the season, and is only open on Fridays, Saturdays and Sundays, in addition to Monday, October 30 and Tuesday, October 31. 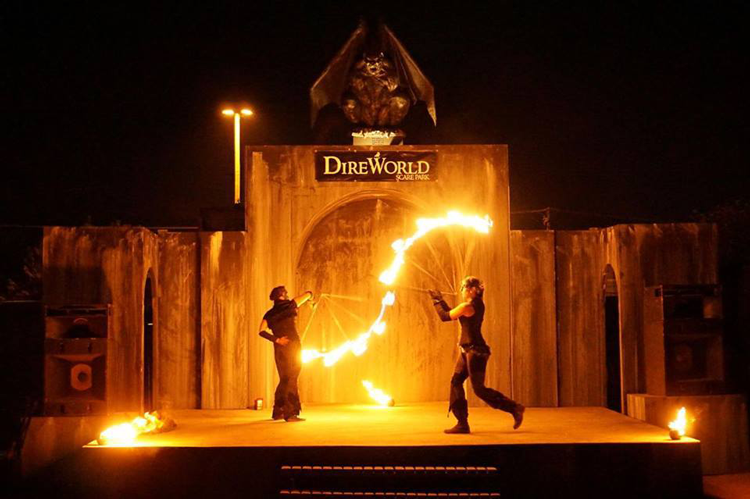 Two of the most terrifying haunts in the area, Heartstoppers Haunted House and Callson Manor Scare Park, have joined forces to create one of the most frightening haunted parks — DireWorld Scare Park. With six premier haunted attractions and two VIP-only haunts, DireWorld is crawling with mystery and terror at every turn. In addition to their eight thrilling attractions, DireWorld has live fire shows, food trucks, the Zombie Western Ghost Town of Modoc, a VIP Lounge Scare Station, and more! Purchase your tickets to experience the ultimate in Halloween hauntings. 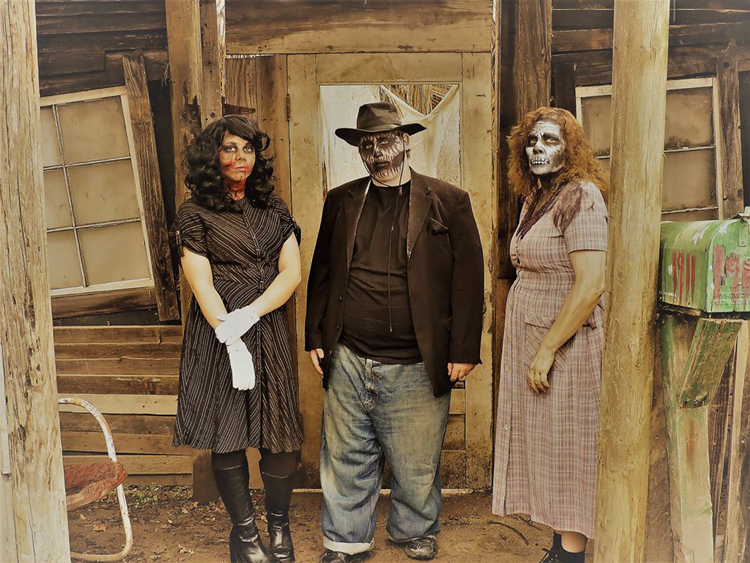 With over 15 years of haunting in their blood, the team members at Cemetarium Haunted House are experts in the craft of terror. Experience their unique attractions, each designed to take away your reality and put fear in you. Up for the challenge? Check out their schedule for hours and available attractions, and get your tickets in advance.

This kid-friendly frightful barn is perfect for little ones who want to be a part of the spookiness this Halloween season. They say some people have been known to get permanently lost in this enormous barn full of hungry creatures, goblins, and terrifying critters… Stop by the Pumpkin Farm in Citrus Heights for a well-rounded fall experience — including hayrides, a corn maze, a petting zoo, a go-kart train ride, and more!

Goblin Gardens at Bastiao Farms hosts another family-friendly haunted attraction perfect for your little goblins. Dare to enter the haunted barn after a day spent on the farm picking pumpkins, playing games, riding ponies, exploring a hay maze, and more! Tickets are just $8 per person, and ages 2 and under are free. Keep in mind that the haunted barn is not available during the week.

Quench your thirst for adventure at Enchambered, one of Sacramento’s best escape rooms. Your group must find your way through mysterious puzzle-filled environments with secrets hidden all around you. In less than 60 minutes, escape from one of their three themed rooms, including Containment Breach, The Whispering Halls, and The Hidden Tomb. Pick your wisest friends and family members, and book a suspenseful experience at Enchambered in the Arden-Arcade neighborhood.

Sneak into the Magician’s Library at Skeleton Key Rooms. Although you shouldn’t be here, you are soon trapped and must attempt to escape before he returns. Solve the mysteries in this sacred library or face his wrath! Think you can outsmart the magician? Book your adventure if you dare.

Escape Sacramento is a cooperative, real-life escape room in Midtown that will challenge your mind and confound your senses. With three “games” varying in difficulty, there is something for every level of sleuth and escape artist. Regardless, each room has a pretty low success rate, making this the ultimate challenge. Think you can defy the odds? Book your 60-minute stay in a room at Escape Sacramento. 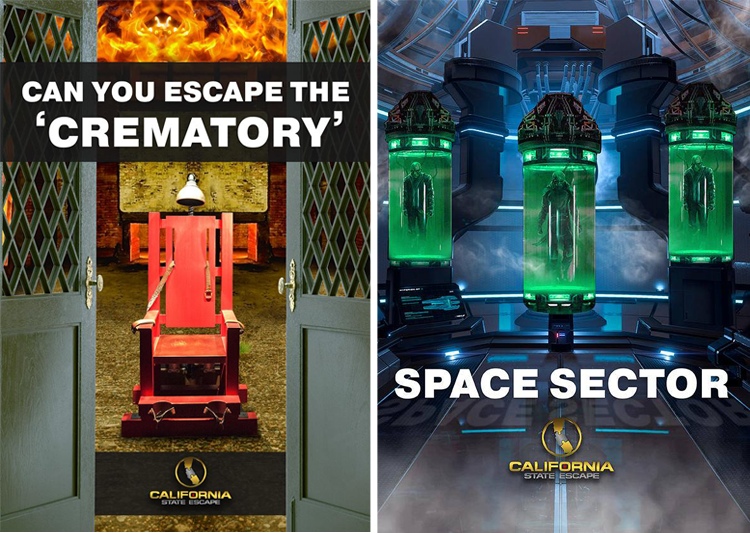 California State Escape features two mysterious rooms — Space Sector and Crematory — plus one coming soon, called Trespassed. Enter into the sci-fi world of Space Sector as a group of scientists working at Area 53, a top-secret government lab on the moon. And in Crematory, you have been lured into a serial killer’s vacation home and have 60 minutes to escape! Each provides a bone-chilling thrill and mind-boggling mystery waiting to be solved. 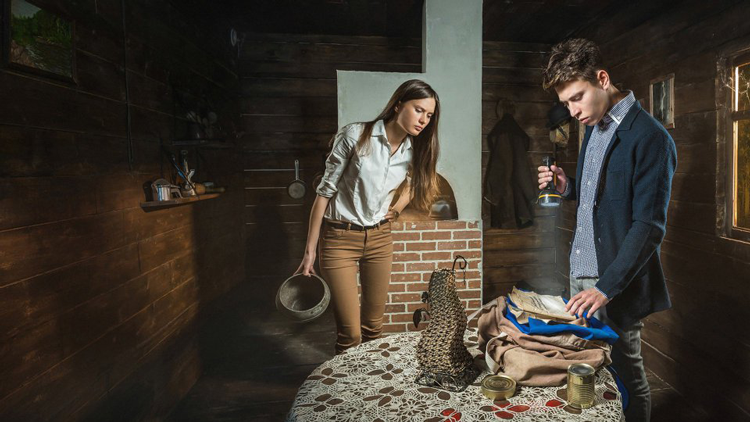 Exit Strategy Games is Elk Grove’s premier escape room experience. Their private escape rooms offer two adventures — the Torture Chamber, where you escape from a serial killer, or the Conspiracy Theory, where you wake up inside a strange apartment and attempt to figure out who you are and who you can trust. Exit Strategy Games provides a unique niche within the escape game market, as they allow you to book a private room with the exact number of people in your group rather than having to solve the mystery with strangers.

Make your way to the heart of downtown Sacramento for a frightening experience at Golden Puzzle Rooms — featuring one room called “The Vampire’s Study.” As you enter the master’s study filled with a collection of puzzles and artifacts, try to solve the mystery before he returns! He will be thirsty and looking for his next victim. Will it be you? Book an appointment to find out. 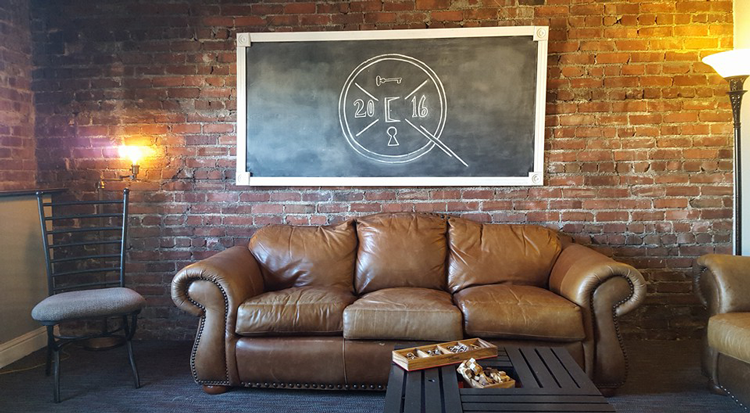 Quandary Escape Rooms in Roseville provides two adventurous escape rooms, with one more on the horizon. The Locked In Dead forces you and your companions to run from zombies who have cornered you in an abandoned building, which turns out to be the laboratory of Dr. Clements. And on the Runaway Train, you are a team of mercenaries hired to safeguard a shipment being sent from Dr. Clark to Dr. Clements, but a madman has planted a bomb on the train and you must disarm it before it explodes! Book your adventure at Quandary Escape Rooms for a thrilling experience.