California is home to the greatest number of women-owned businesses in the country, according to the latest American Express analysis of U.S. Census Bureau data. But even with these statistics, the restaurant industry continues to be male dominated. A career in the kitchen of a high profile restaurant demands long hours and offers little pay, so pursuing one requires passion, strength and perseverance. These restaurants, whose kitchens are run by female chefs or owned by women, are some of the best in Sacramento. Are you watching, fellas?

This hip hot spot for seafood, cocktails and brews has a storied past, but continues to persevere due to the talent and dedication from executive chef and co-owner, Carina Lampkin. After a pipe explosion caused the restaurant to temporarily shutter in May, 2015, Lampkin took the opportunity to revamp and redesign. She reopened Blackbird Kitchen and Beer in December, 2015 with new focus, and it certainly shows. While Blackbird has always been a fan favorite in Sacramento, it has gained even more popularity with its new approach to fine-casual dining. Today, you’ll find innovative menu items such as burrata fritters, smoked trout toast, bbq oysters, chicken fried bacon, ricotta dumpling and pork confit. Enjoy one (or all) of these while sipping a specialty cocktail and soaking in the elegant but approachable atmosphere of the space.

Biba Caggiano created her elegant and tasteful restaurant, Biba Ristorante Italiano, back in 1986. She gained instant fame for her authentic and comforting Italian cuisine, and has not lost any momentum since — Biba remains the talk of the town when it comes to pasta. Her culinary philosophy revolves around her use of the best ingredients she can find, and her choices shine through in the food. Come in for the sumptuous pasta carbonara, savory brasato di agnello (braised lamb), and flavorful cavatelli con granchio (seafood pasta).

Molly Hawks, chef and owner of Hawks Restaurant, originally pursued a career in the medical field. After majoring in biology at UCLA and planning for a med school education, she took a turn and decided to enroll in cooking school instead — and we’re so grateful she did. Hawks opened up the restaurant with her husband Michael Fagnoni in 2007, incorporating an ingredient-driven philosophy into her cuisine. Since opening, Hawks has won several awards for its romantic ambiance and top-notch, new American fare. Stop by Hawks Restaurant in Granite Bay, or Hawks Provisions + Public house to see what all the buzz is about.

In addition to holding a spot as one of Sacramento’s most renowned chefs, Mai Pham is an award-winning cookbook author, educator and journalist. In short, she has it all. When her family immigrated in 1975 from Saigon to America, she had no idea what her career would hold. After studying journalism and holding a few prestigious writing jobs, she made it into the kitchen and discovered her true prowess. Now, she sits at the helm of Lemon Grass, a favorite among locals and visitors alike known for its casual but delicious authentic Asian fare. Pham draws from the bold and spicy flavors of Thailand and the brighter flavors from Vietnam in her cooking, and all dishes are created in small batches with fresh herbs, spices and ingredients for maximum impact. 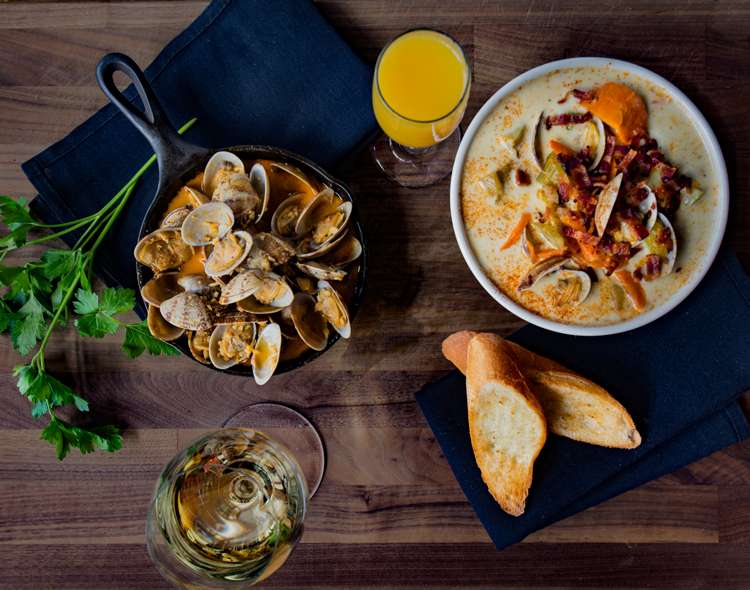 Station 16 has been open for less than a year, but has already risen to the top of the Sacramento dining scene with its fresh takes on seafood. Minnie Nguyen, executive chef and co-owner, is a Vietnamese American who was born and raised in Sacramento. She incorporates her heritage, and a few Korean and Cajun influences, into her cooking, producing seafood that is flavorful, but not overwhelmed by spice. After all, being able to taste the top-notch, local ingredients is just as important as the seasoning. The menu boasts creamy clam chowder, oysters of all kinds, loaded tots with spicy aioli, cioppino, blackened salmon and a few kimchi-laden entrées.

The design of the restaurant is also Nguyen’s, and features abundant natural light in a sleek and spacious room. You’ll be wowed by the chic minimalism, and rustic touches (like exposed ducts). It certainly invites you in to stay awhile. 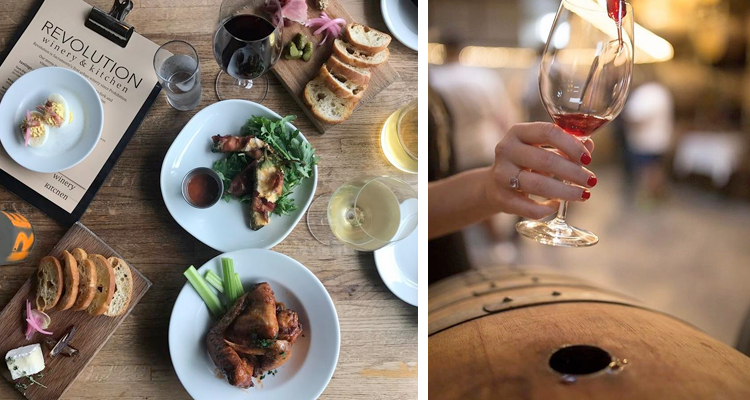 Revolution Wines offers locally-produced wine in a more urban setting, sourcing grapes from nearby vineyards. And although a glass of vino here is one of the best around, it’s not all this Sacramento hot spot has to offer. Kim Souza and Keri Baker run the kitchen, cooking up mouthwatering bruschetta, dips, burgers, pastas and salads to accompany your bevvy of choice. “Keri, Kim and I have worked together to develop a seasonal menu featuring some of Revolution customer favorites from the past several years,” says owner Gina Genshlea. “Our menu highlights some of the areas best ingredients and we offer vegan and gluten free options. Furthermore, we make all of our wines right here in Midtown!”

Who Run the World?

We are always looking for new talent to feature! What are some of your favorite spots to grab a bite? Let us know in the comments.