15 Local Sacramento Bands You Should Be Listening To
October 26, 2016

15 Local Sacramento Bands You Should Be Listening To

One of the perks of living in a large and lively city like Sacramento is having the opportunity to experience its thriving music scene. This is a city that fosters creativity through the support of visual and performing arts alike.

Featuring well-known bands and up-and-coming groups, check out our list of local bands you should be listening to. With their undeniable talent and shared love for the city you live in, you’re sure to become a fan!

Get a sample of their music ranging in genre by following our Spotify playlist that compiles the best songs of each local artist or band. 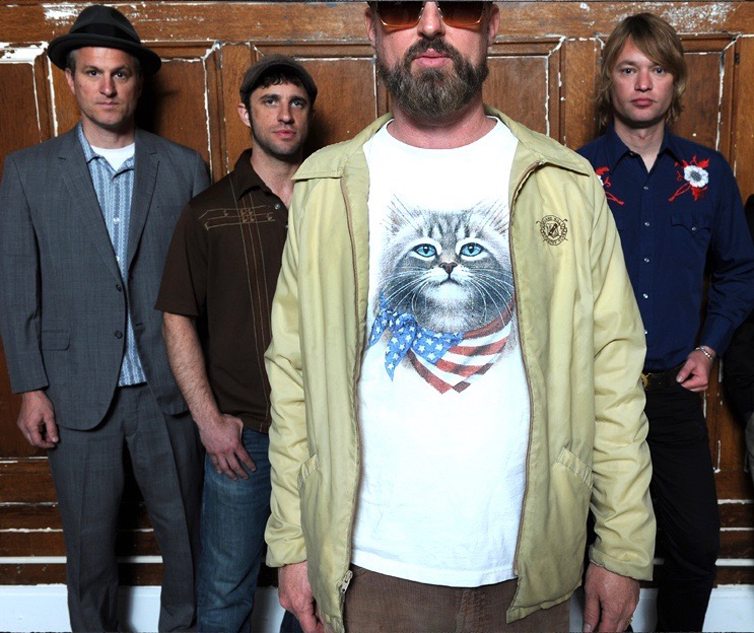 Cake is among one of the more well-known bands to hail from Sacramento, having been around for decades, during which they produced major hits such as “The Distance,” “Short Skirt/Long Jacket” and “Love You Madly.” Cake eloquently inserts irony and pop-culture references in their music covering a wide variety of genres, including white-boy funk, college rock, jazz, pop and even country.

Chelsea Wolfe provides a refreshing change of aural scenery, with her dizzying mix of gothic rock, electronic and neofolk music. Chelsea was born in Roseville and grew up in Sacramento, where she wrote and recorded songs by the age of 9. Since 2009, she has garnered national attention for her moody and soul-wrenching music and even recorded her 2012 album, “Unknown Rooms: A Collection of Acoustic Songs” in the Northern California woods with a few other musicians. If that doesn’t help you feel a connection to her music, we don’t know what will.

Deftones is another extremely popular band with roots in Sacramento. Three of the band members went to McClatchy High School and remained friends through the city’s skateboarding scene. If you were living in Sacramento during the late ‘80s and early ‘90s, you may remember seeing this cutting-edge band perform locally. This group has experimented with a myriad of styles throughout their decades of music-making, but they have maintained an undertone of heavy metal and experimental rock throughout.

Dog Party consists of sisters Gwendolyn and Lucy Giles, who began playing music together in 2005 at the ages of 9 and 6, respectively. Since then, the sisters have released several records and are even touring with Green Day! 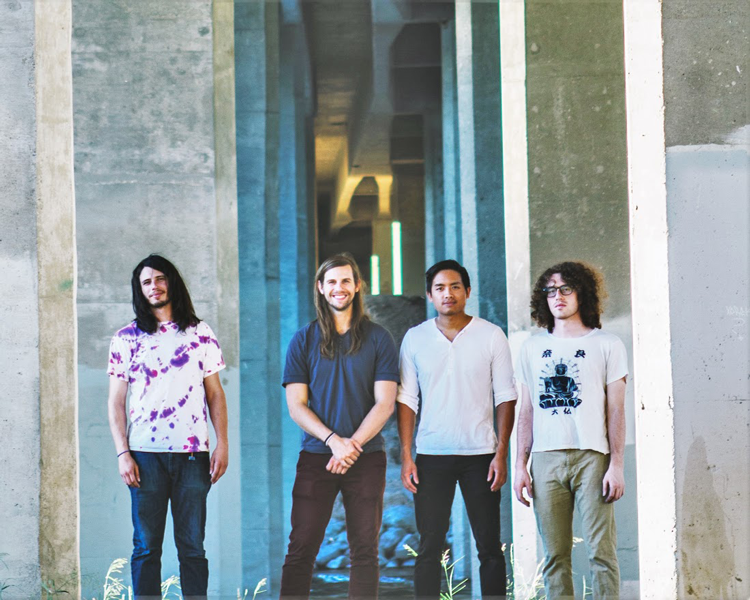 Epsilona is a relatively new band to the Sacramento music scene, having released their first studio EP in 2015, filled with unconventional song structure and unique guitar tones. Their sold out show at Harlow’s Restaurant and Nightclub in Midtown was a promising indication of this young band’s bright future. Just listen to “Going Home,” and try not to nod your head…

Ghostplay creates a large sound with just three members. Their dreamy, transient and intense post-rock sound is reminiscent of Radiohead, Beach House and Tame Impala. They offer a unique and laid-back sound that you just don’t hear every day. 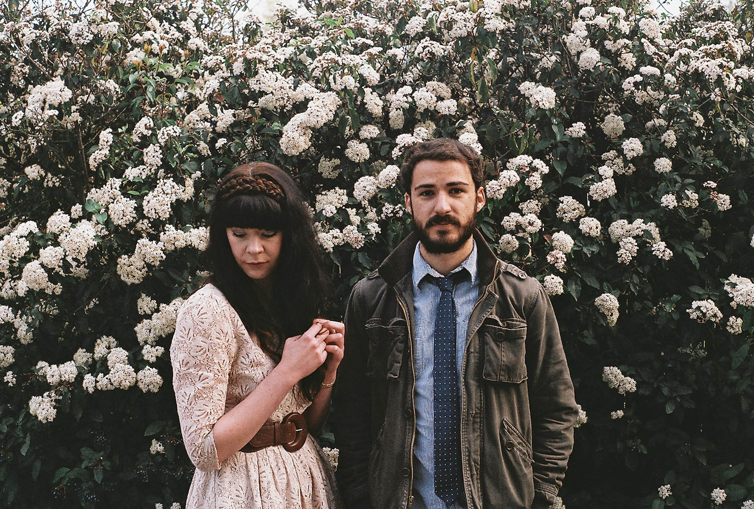 Golden Youth is a refreshing and uplifting band hailing from Sacramento. Singer/songwriters Stephanie Lauren and Kyle Monroe lead this group of talented musicians, who are making waves in the industry. They have garnered a particularly strong following from their YouTube videos, where they created their own version of songs like “Forever Young” and “Ho Hey.”

Honyock originated with brothers Mason and Spencer Hoffman at a young age, and they now lead this popular rock band with no sign of slowing down. Their mid-tempo groove sound is catchy and exemplifies a refreshing rock-and-roll feel.

You may remember Oleander from their active years in the ‘90s and early 2000s. You’ll be happy to find out they returned to the music scene with their post-grunge sound in 2008, having since released another album. Staying true to their Sacramento roots, the name “Oleander” was derived from the poisonous wildflower, oleander, which lines the highways of Northern California. Take a walk down memory lane with their 1999 hit single, “Why I’m Here.”

Julie Baenziger is the genius singer/songwriter behind Sea of Bees. Julie — or “Jules,” as everyone calls her — grew up in Central Valley and taught herself a myriad of instruments in her teens, including guitar, piano, percussion, and more. Her sound is addicting and captivating. 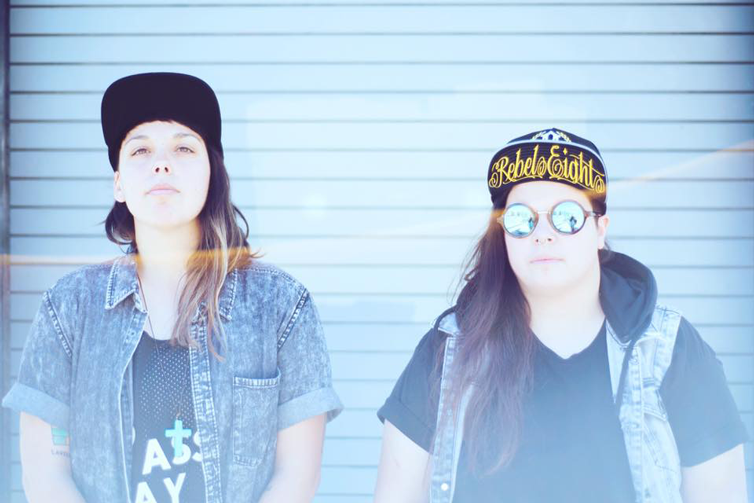 Photos Courtesy of Rituals of Mine

Rituals of Mine, formerly Sister Crayon, is an electronic duo focusing on dark-synth inspired by trip-hop and ‘90s hip-hop. Talented singer/songwriter Terra Lopez and producer Dani Fernandez have been performing together since 2010, but changed their name to Rituals of Mine after two tragedies that Lopez endured in 2015.

Sun Valley Gun Club is a Sacramento group known for their “endearingly loose” guitar-rock and wall-of-sound live shows. You’ll discover a wide variety of sounds in their self-titled 2016 LP, on which you’ll find “Lazerguns,” one of their more catchy and popular tracks.

Team Sleep is an experimental alternative rock group with lead singer and guitarist, Chino Moreno, which is mostly known for his work in Deftones. This group combines the moodiness of Deftones with new exhilarating beats.

If you’re a child of the ‘80s and ‘90s, you’re most likely aware of Tesla, a heavy metal band with lots of charisma. Originally known as City Kidd, the band changed their name to Tesla in 1986, and disbanded in 1996. They reunited in 2000, after an emotional sold out concert at Sacramento’s ARCO Arena, and have been playing several shows and recording albums together ever since.

Photo Courtesy of Piper Ferguson via !!!

It’s time to tap your feet to the music of !!!. How do you say “!!!,” you ask? It is pronounced “chk chk chk,” or by repeating any monosyllabic sound thrice. The quirkiness of their name is reminiscent in their unique music and fun vibes.

Now get your headphones on and start listening!

Which song is your favorite?