How to Properly Style Your Home With Mixed Patterns
March 1, 2016

How to Properly Style Your Home With Mixed Patterns

When it comes to interior design — and fashion, too — patterns can be quite intimidating. They require a morsel of commitment, ingenuity and the willingness to take a risk. Some are more mild, some make quite the statement, and others are somewhere in between.

Whatever a pattern looks like, it can seem completely ridiculous to mix two — or heaven forbid, three — different patterns in one setting. You may have images of ‘90s home decor trends running through your head — where it was in style to cover each and every inch of your home in some sort of loud pattern that often involved a hideous floral design of some sort.

In today’s world, some people mix patterns without hesitation, while others dare not introduce more than one pattern into their home’s landscape or their outfit. But thankfully, there is a method to the madness. And beyond that, there are some people who broke some pattern-mixing rules in their home’s decor and achieved amazing results.

So we’ll lay out a few guidelines to help you properly mix patterns to give you the confidence to get started. And then we’ll show you some examples of some successful pattern mixing to prove that it can be done! Some of the looks break a few rules, but as mentioned, that’s completely acceptable.

It’s likely that you’re considering mixing patterns with fabrics — such as pillows, blankets or couch upholstery — as those are the most common places that patterns exist in our homes. There are only three words to remember when mixing fabric patterns: geometric, organic and small-scale. You should only attempt to mix three patterns in your space, but the sky’s really the limit and it depends on the particular patterns under question.

It’s quite self-explanatory. You should combine a geometric pattern, an organic pattern and a small-scale pattern. A geometric pattern is a very distinct, linear and clean pattern, such as stripes, diamonds or even polka dots. An organic pattern is anything a little more freeform, and often takes form in a floral print. And small-scale refers to any pattern with small, intricate features, that is comparably smaller than the other two patterns.

The noticeable contrast of these designs helps them complement each other rather than compete for attention or overwhelm the eye.

Let’s take a look at some spaces that successfully mixed patterns for a little inspiration! They might just inspire you to get out of your comfort zone when it comes to patterns. 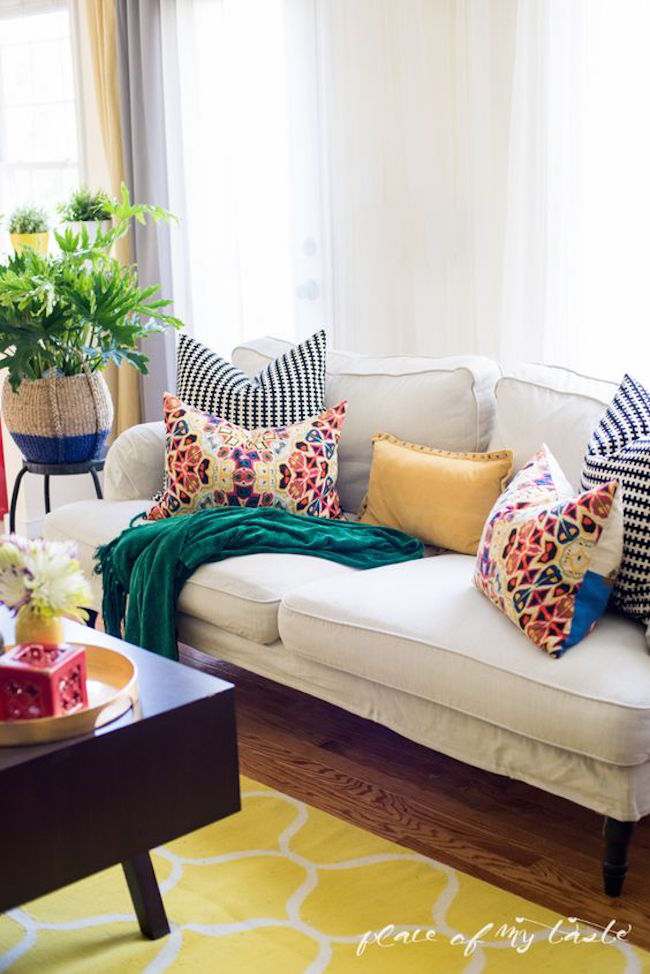 [Via Place of My Taste] 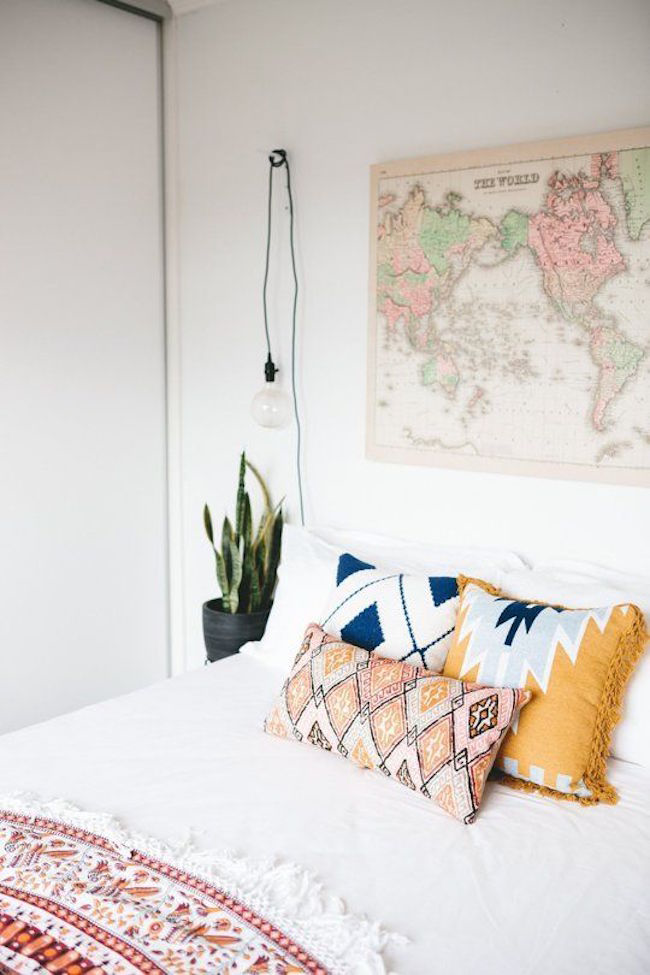 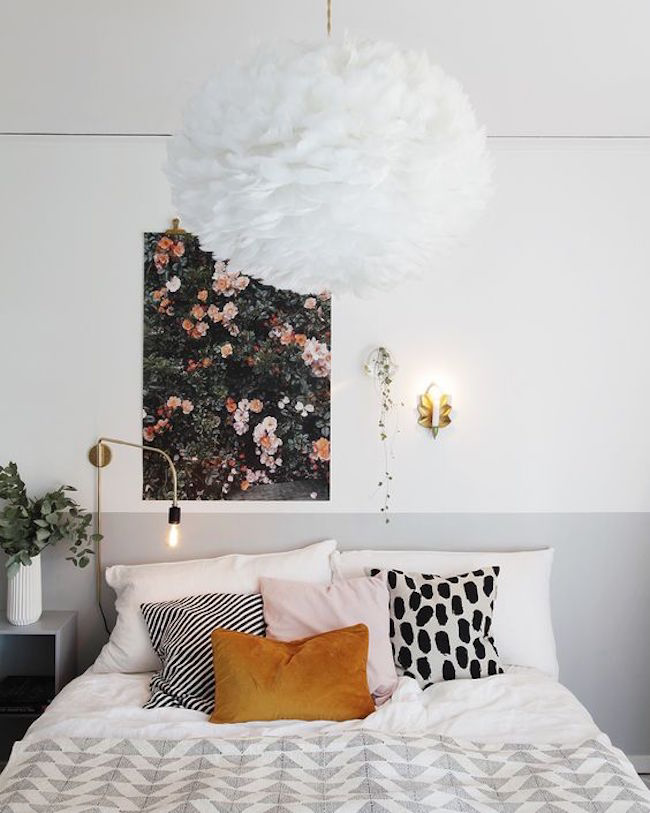 [Via A La Mode Montreal] 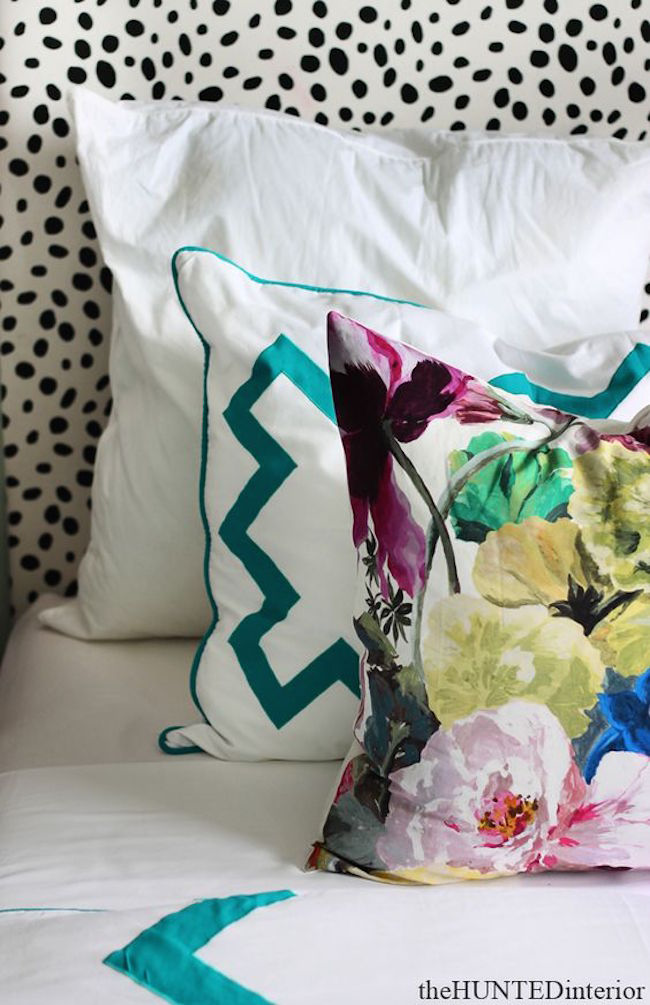 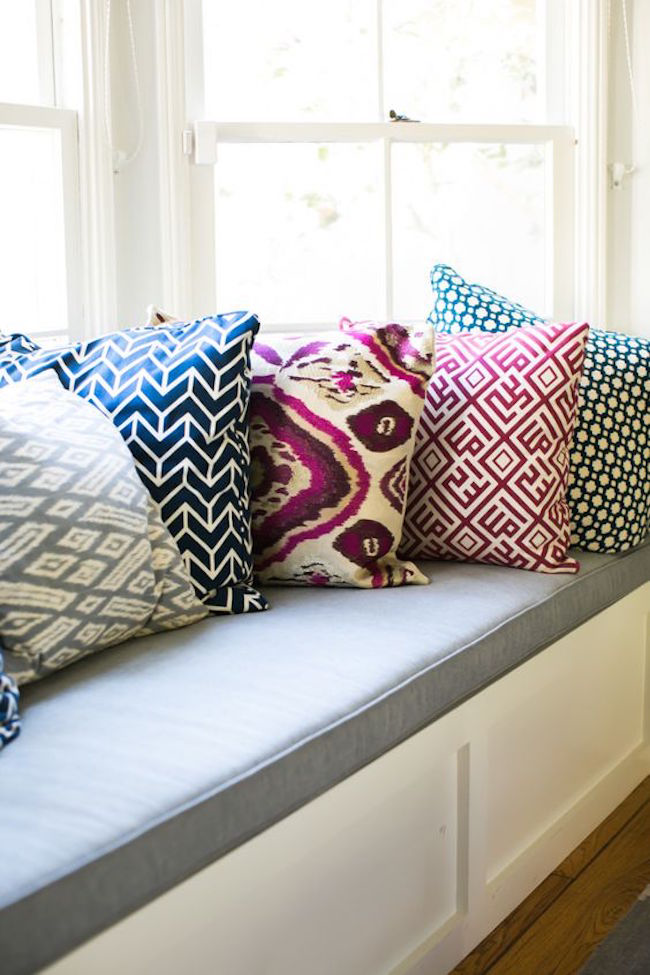 [Via Style Me Pretty] 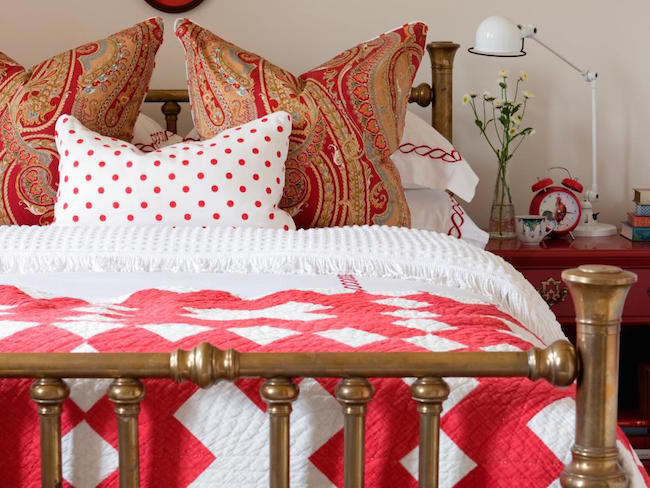 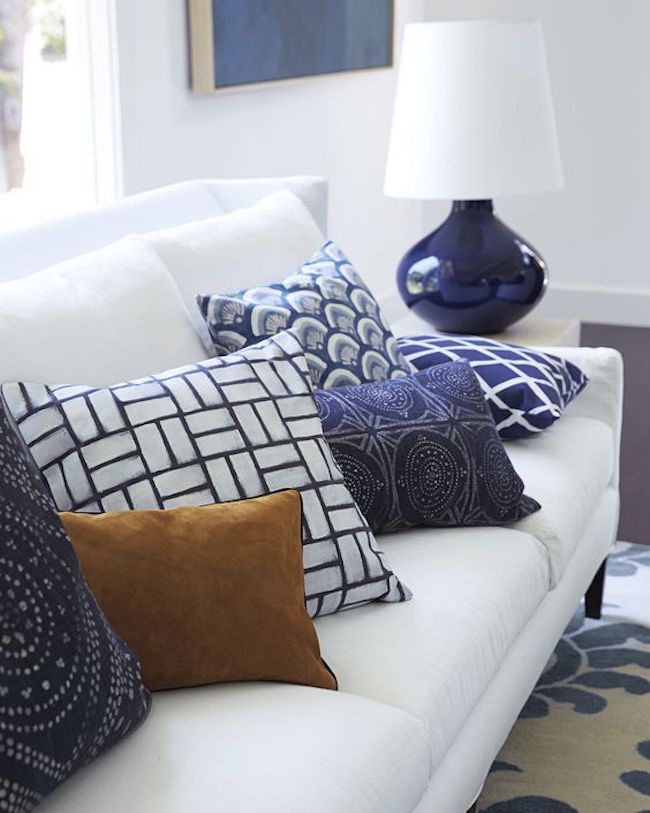 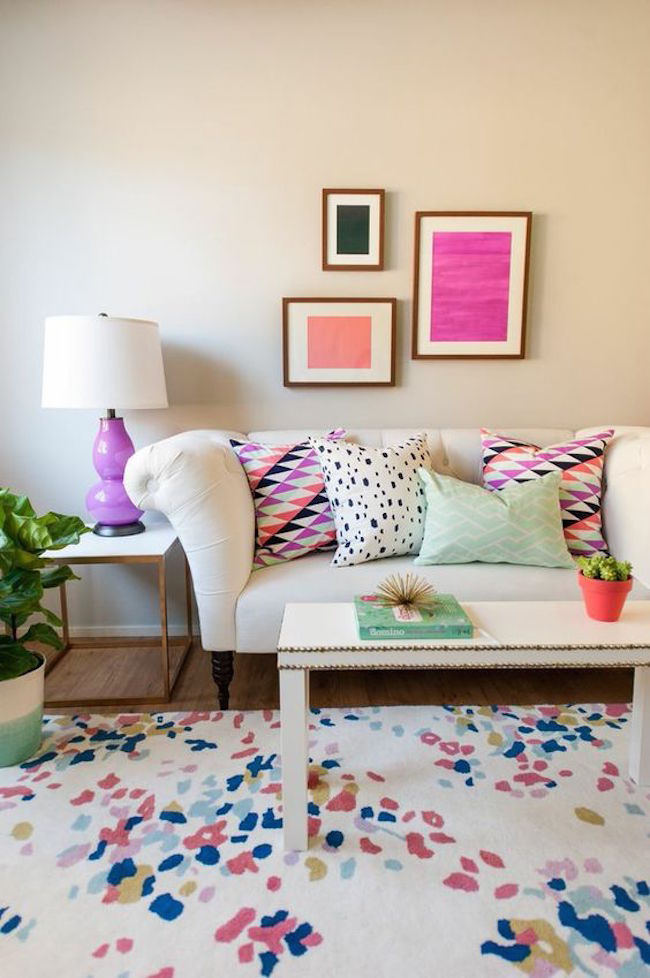 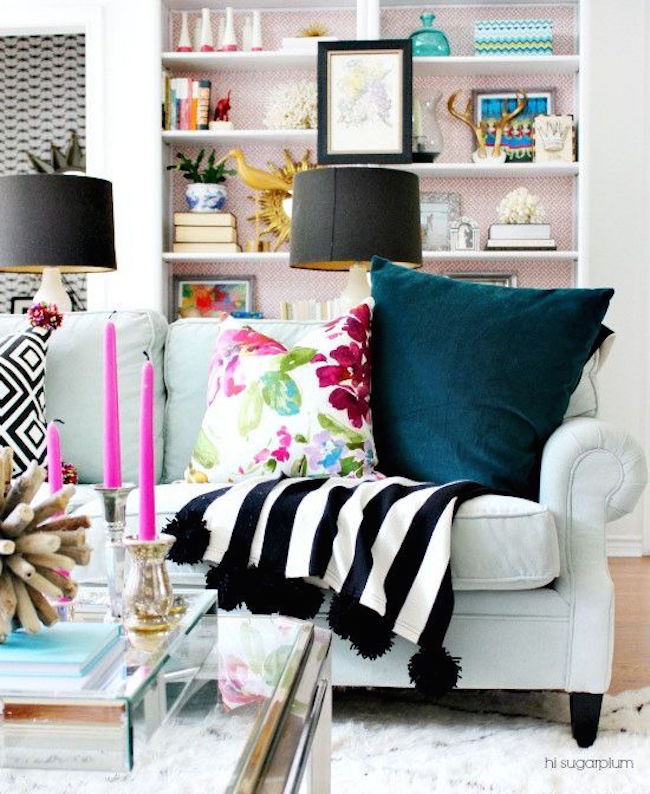 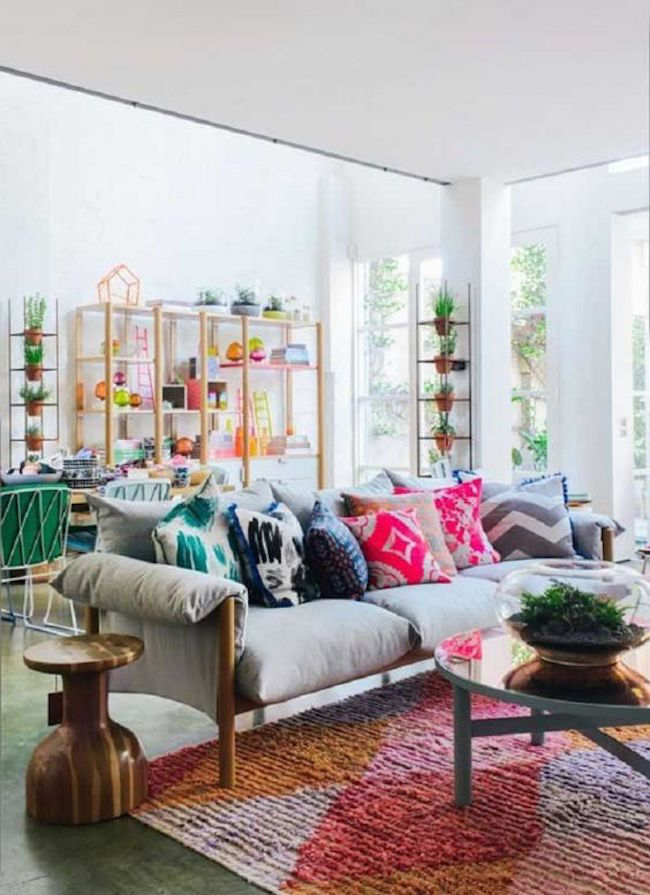 What pattern-mixing tricks do you have?

We’d love to expand our knowledge on the subject, and we know there is more than one method to pattern mixing. Share your tips with us!

Ranked the number one brokerage in annual home sales in the greater Sacramento region by the Sacramento Business Journal, Lyon Real Estate has served the area for over 70 years. In 2017, the company closed 7,333 transactions worth a total of $3 billion in sales volume. Lyon Real Estate has 950 agents in 17 offices located throughout the region. The company is a member of the Leading Real Estate Companies of the World®, the largest network of premier locally-branded firms, as well as LeadingRE’s Luxury Portfolio International® program. In addition to its real estate services, Lyon Real Estate offers RELO Direct, a global relocation program. For more information about Lyon Real Estate, click to GoLyon.com and follow us on Facebook.com/LyonRealEstate.

July 20, 2022 Landscaping Tips That Can Increase Your Home’s Value
July 13, 2022 How to Prepare Your Home for Summer Heat & Wildfires